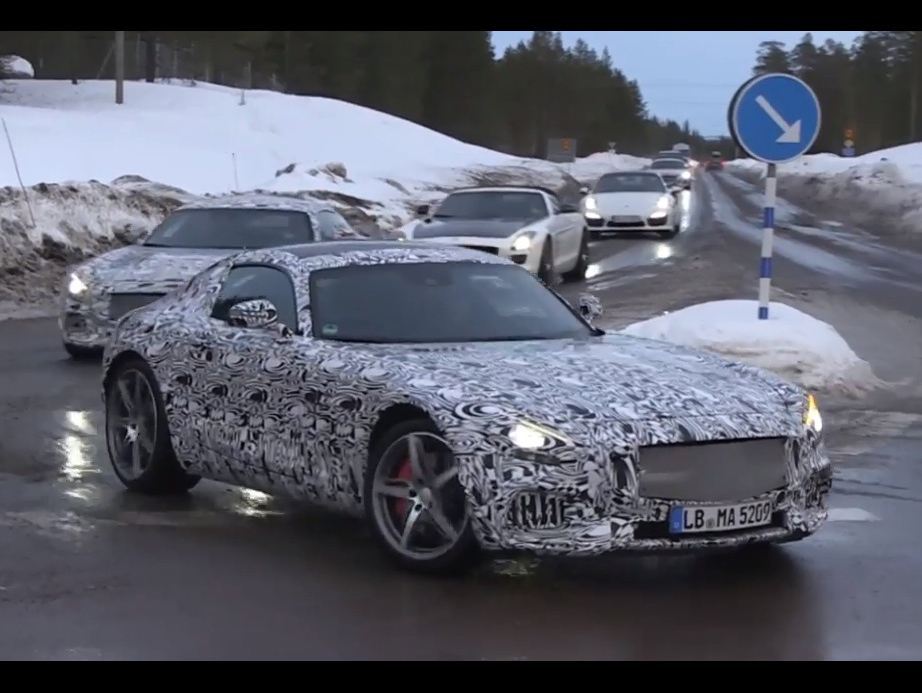 Mercedes-Benz has been spotted testing a prototype version of the upcoming ‘AMG GT’, which is being designed as a competitor to the Porsche 911 and Jaguar F-Type. This is the first time we get a taste of its engine sound. 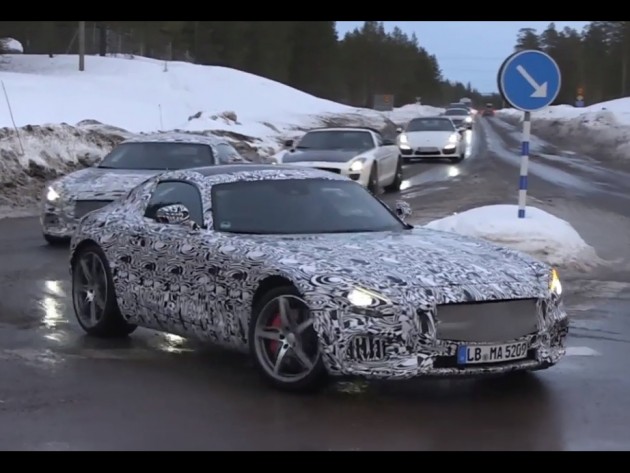 As previously reported, the new sports coupe will be placed into the company’s showroom as like a junior SLS. It’s set to come with a new 4.0-litre twin-turbo V8 engine producing over 350kW, with rear-wheel drive and an automatic transmission.

Engineers are testing the model in freezing conditions in Europe. Not much is revealed in the video but you can see the body does have a slight relationship with the larger SLS. It’s anticipated to be one of Merc’s most beautiful vehicles in terms of design, harking back to the classic 300 SL of the 1950s.

Interestingly, the engineering team have a Porsche 911 along for the test and a BMW X6 SUV. There is also an SLS to compare with.

A full debut is expected to take place at the 2014 Paris Motor Show in October. Click play below for a preview.