The successor to the incredible and famously fast McLaren F1 is on its way. Dubbed the ‘mega-Mac’, McLaren has confirmed that testing of the new hypercar has begun in Spain and in Germany. 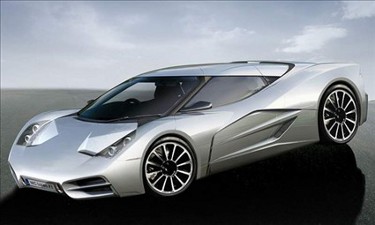 This is going to have to be a very special car indeed, the new McLaren flagship model. The predecessor it replaces was the fastest car in the world at one stage, with an official top speed of 386km/h. The new McLaren will need have a top speed near or above 400km/h.

Since the McLaren F1 set its top speed in 1998, not many semi-mainstream hypercars have managed to go past it. The Bugatti Veyron will be the new mega-Mac’s main rival, in terms of outright speed. And McLaren has it set in its sights.

Specifications and engine details on the new mega-Mac McLaren F1 successor will be a bit different to the F1, which had a BMW V12. The new car will use a 5.0-litre V8 engine developing 799hp (596kW) and 799Nm of torque.

The new unit will be built in partnership with Ricardo, and backed up to a Graziano seven-speed dual-clutch sports automatic transmission. The new mega-Mac will be rear-wheel drive as well, just like the predecessor.

Helping the new mega-Mac offer ferocious acceleration and a mind-blowing top speed will be a focused, lightweight engineering theme. The mega-Mac will use a full monocell made from carbon fibre like what is used on the McLaren MP4-12C, as well as aluminium suspension components.

Other features will include a switchable ABS system for use on the circuit, Brembo carbon-ceramic brakes and adaptive suspension, and an active aerodynamics kit capable of helping the car stay aligned under high-speed.

McLaren will be producing just 100-150 examples of the new flagship mega-Mac, over a four-year production period. Market entry is set for 2014. We’ll be sure to keep you updated with all the official details upon their release, as well as any testing videos that are revealed.