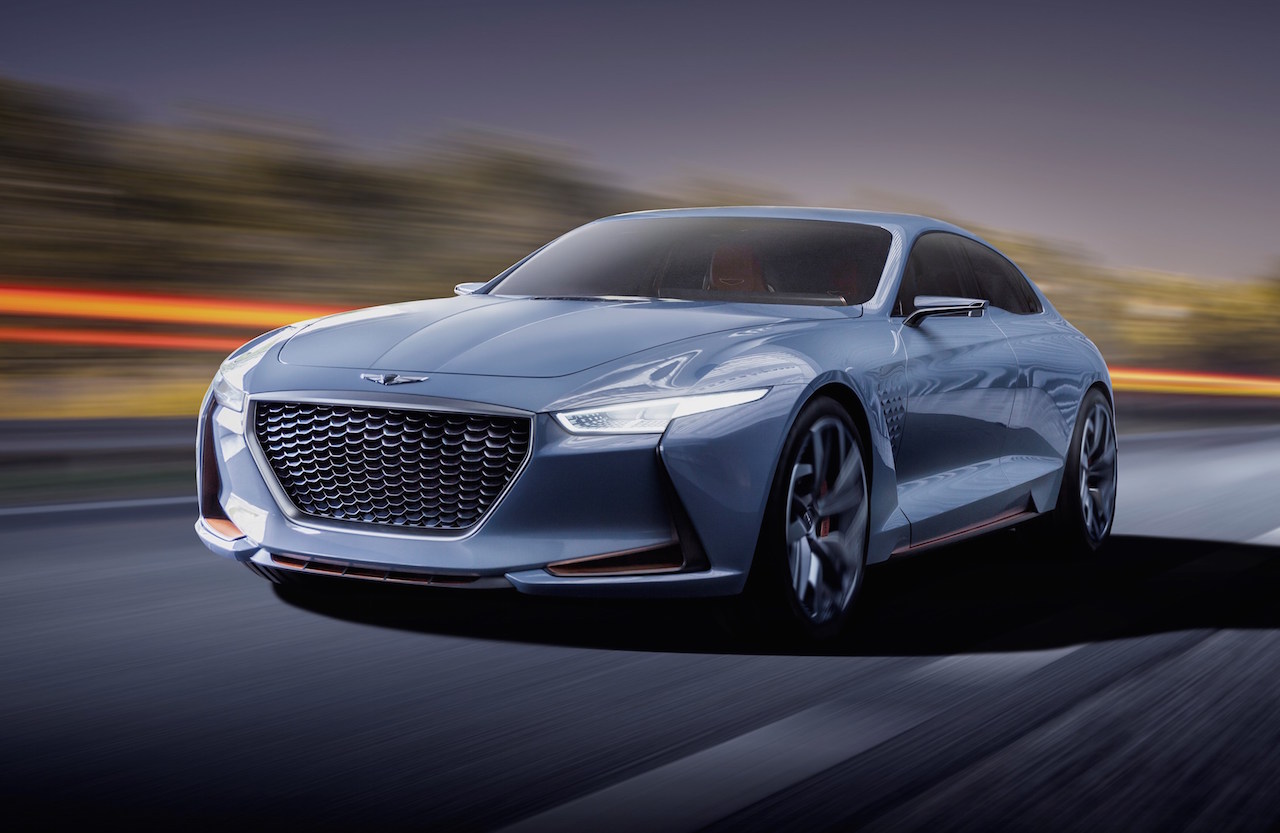 Hyundai’s luxury brand Genesis has unveiled the ‘New York Concept’ at, where else but the New York Auto Show which is just getting underway now. 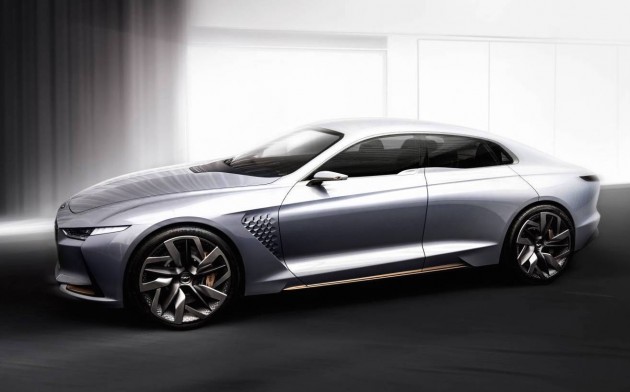 The concept gives us some clues as to the brand’s future design and technical direction, featuring a “expressive and refined” philosophy called Athletic Elegance.

What’s in the engine compartment is perhaps the most interesting element. There sits a 2.0-litre turbo matched to an eight-speed automatic. This is then paired to an electric motor hybrid system. It produces 180kW and 353Nm.

Performance figures and economy figures are yet to be announced, but Genesis says the system provides “refined performance” and “sporty agility”.

The other interesting element to the concept is of course the design. Designers took inspiration from modern luxury lifestyles and products, as well as entwining in the heritage of the Genesis brand.

At the front the company says the concept showcases power and confidence, with its slimline headlights and large imposing grille. Air flow guides sit just below the lights, helping to blend in the flow of the design into the sides. 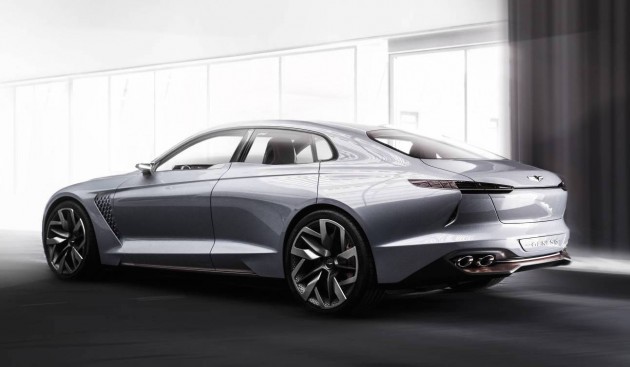 From the side you can see the swooping roofline that gives it a sporty appearance, with slowly swelling bodywork leading to the big rear haunches. There’s also slimline taillights and a protruding diffuser section at the back, with quad-outlet exhausts.

The interior is just as futuristic as the exterior, with a 21-inch curved, floating screen dominating the dash. This incorporates all of the driver instruments and includes traditional dial-style gauges.

Although this is just a concept car, it is expected to inspire an upcoming mid-size luxury sedan known as the ‘G70’ that is said to be in the works. It will be pitched to rival the likes of the BMW 3 Series.