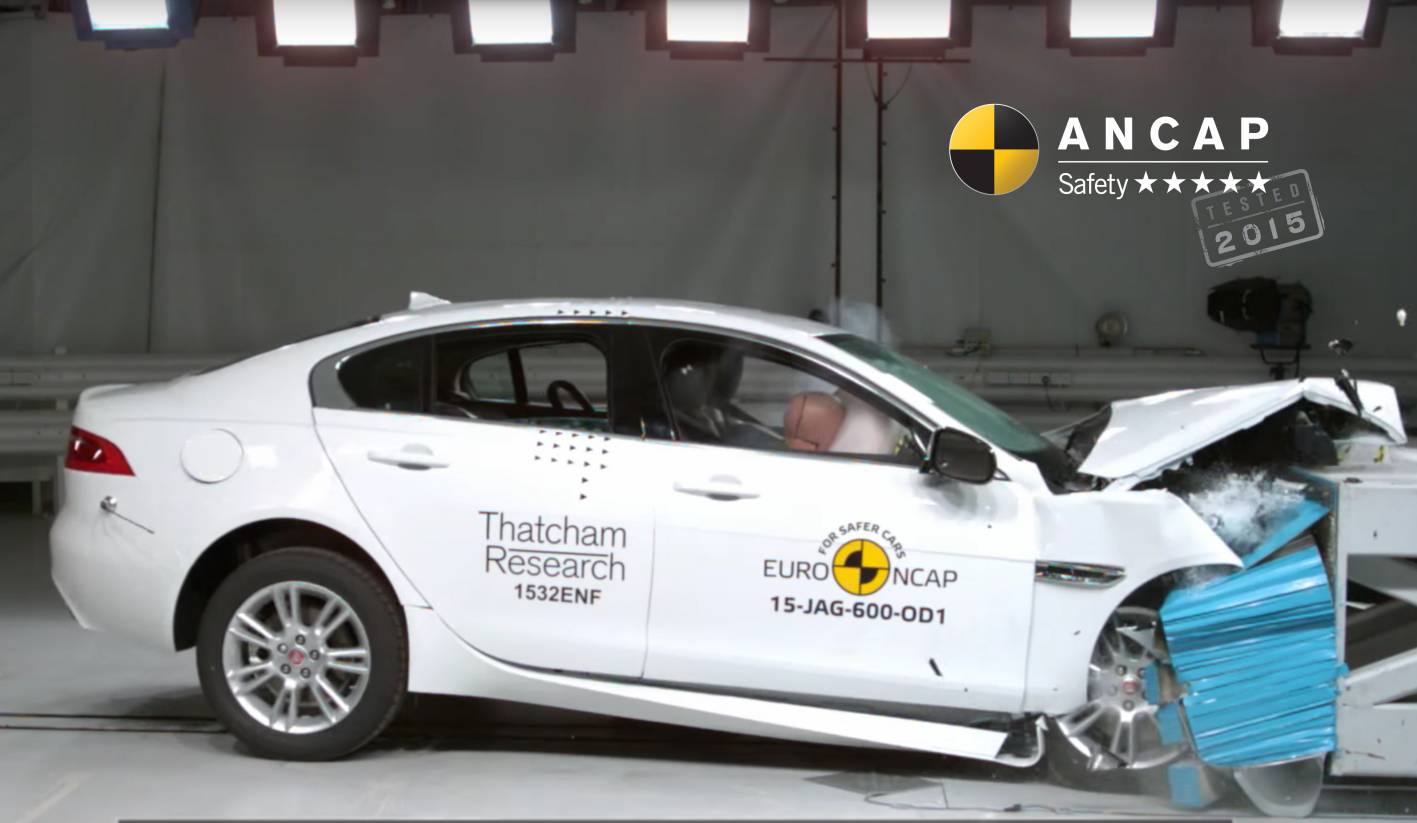 Following recent crash tests by Euro NCAP, Australia’s ANCAP crew have taken a look at the results and decided to award the new Jaguar XE the full five-star rating. 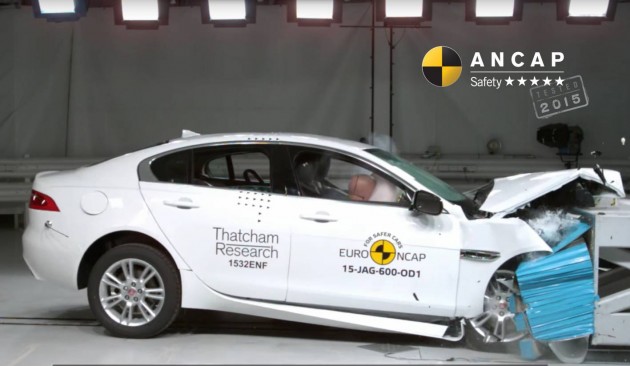 The Jaguar XE was launched in Australia last year. It was introduced to compete in the very demanding mid-size premium sedan segment with the likes of the Audi A4, BMW 3 Series, Mercedes C-Class, and the Lexus IS, all of which have been awarded five stars for safety.

Up until now there was no official safety rating for the XE. The five-star score applies to all variants, including petrol and diesel. ANCAP says the XE performed well in physical testing, reporting the highest rating of “good” in pedestrian protection.

All XE models in Australia come equipped with various advanced safety technologies as standard, including autonomous emergency braking that can pull the car to a stop automatically in slow-driving conditions during an absolute emergency. Speaking about the result, ANCAP CEO James Goodwin said:

“We are entering a new era of vehicle safety where the standard inclusion of safety assist technologies such as Autonomous Emergency Braking (AEB) will help to eliminate or reduce the severity of a crash. The Jaguar scored well in physical testing and offers a suite of advanced safety features you would expect in a luxury vehicle including AEB as standard.”

Other standard safety features that help maximise safety include dual frontal, side chest and curtain airbags, an AEB Interurban System, stability and traction control, and advanced seat belt reminders on all seats.