A one-off Ford Mustang Shelby GT500 Cobra has been built to celebrate the life of Carroll Shelby, who passed away in May this year. The Mustang comes with a bespoke widened body with pumped guards, and a 634kW engine up front. 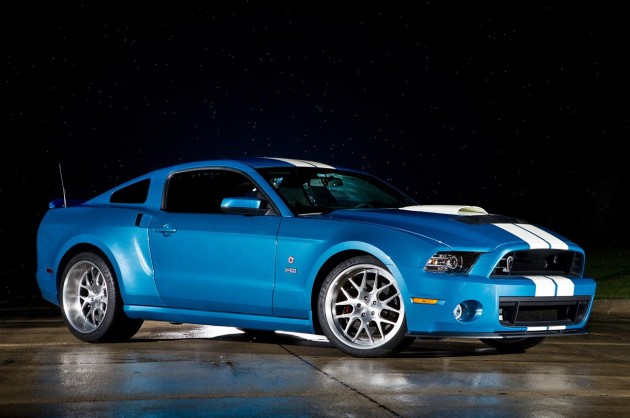 Yes, 634kW of power. That’s 850hp to all you old-fashioned types. The special edition was revealed at the Rolex Monterey Motorsports Reunion currently under way in the US.

Starting with the body, the GT500 Cobra is given pumped guards front and rear to accommodate a chunky and deep-dish 20-inch tyre and wheel package. It’s painted in Guardsman Blue, sporting two white stripes and various stainless steel and chrome highlights. 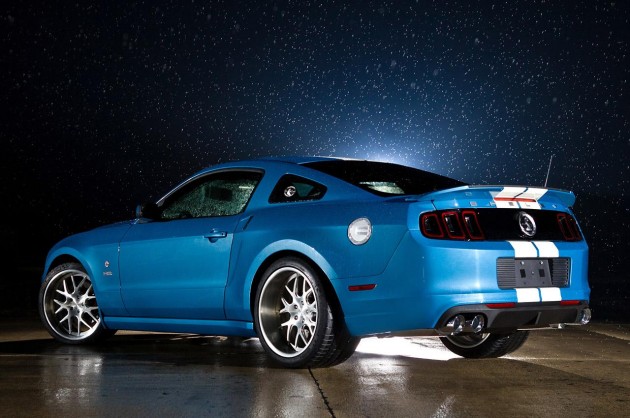 Under the bonnet, the special GT500 features a heavily tuned version of the standard GT500 5.8-litre supercharged V8 engine. The influencing factor to that colossal power output is a 4.0-litre Whipple supercharger. It boosts power well above the factory 494kW rating.

Unfortunately, there are no plans to put this bad boy into mainstream production. It’s understood the car will tour around various shows and events in the US, particularly focusing on Carroll Shelby’s favourite charity events.