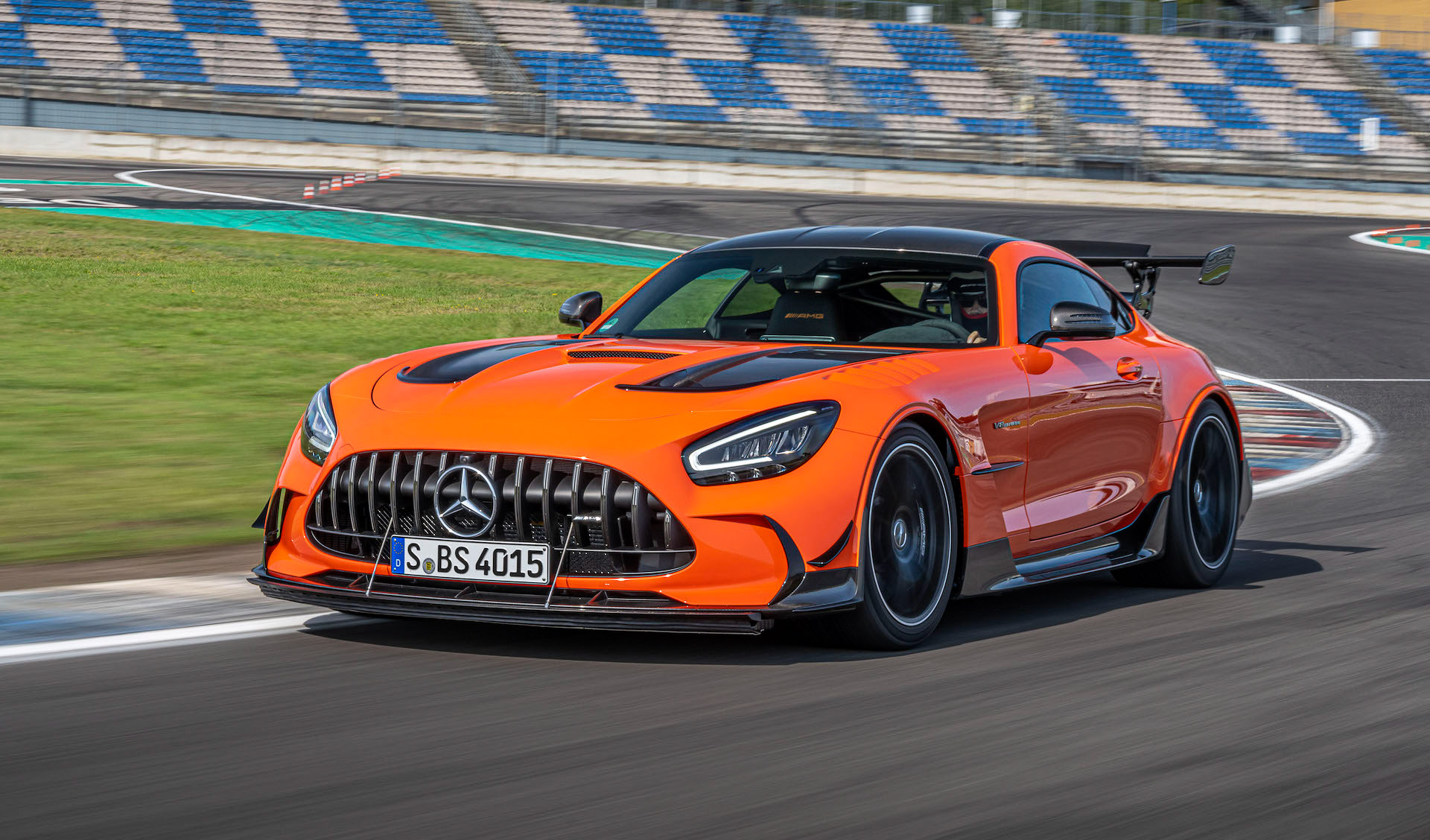 The mighty Mercedes-AMG GT Black Series has muscled its way to the top of the mega-power charts in Australia. Today the local arm has confirmed it is on sale now, entering the market as one of the most powerful production cars ever offered here. 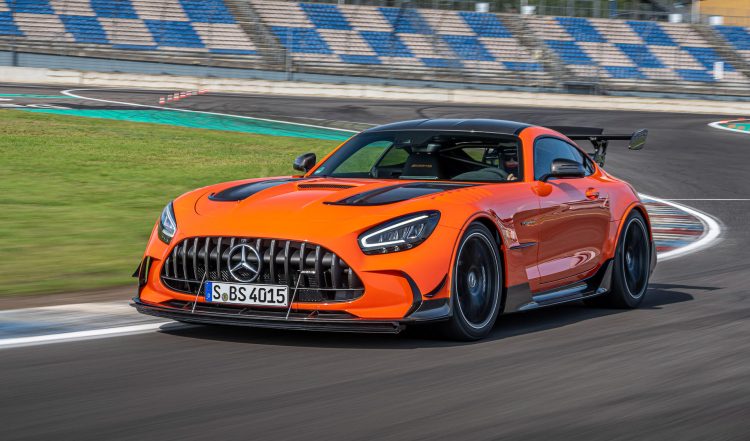 The engine features a flat-plane crankshaft, two twin-scroll turbochargers with larger compressor wheels that deliver 1100kg of air per hour. Larger intercoolers are also installed, along with bespoke camshafts and revised exhaust manifolds.

Amazingly, and some how, this is all channelled through a rear-wheel drive system, via a seven-speed dual-clutch auto transmission. A special ‘torque tube’ drive shaft is used, made from carbon fibre, to deliver the bad news to the rear tyres. 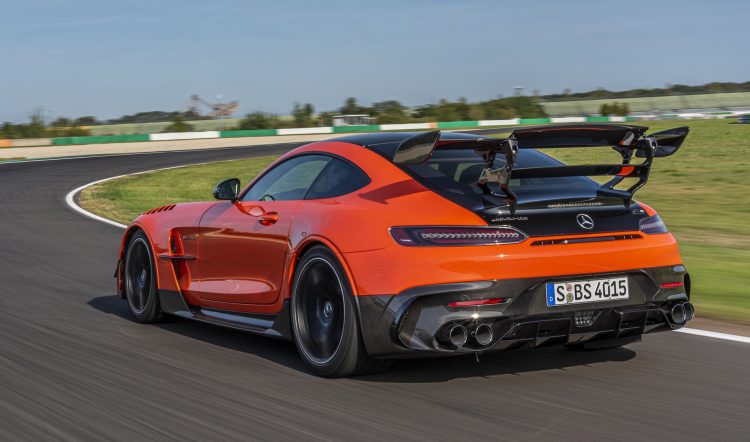 As you can probably imagine, the GT Black Series is designed for the track and features some crazy aero parts to help with downforce. At the front is a low splitter system with two adjustable positions (Street and Race), a custom bonnet with special outlets, and then a massive two-stage wing at the back. All of these parts are made from carbon fibre for ultimate lightness and strength.

Also helping with handling is an AMG coilover suspension package with fully adjustable settings, including height adjustment. This all ties in with the AMG Ride Control dampers. Drivers can select between a range of modes, including a new Sport Plus mode which is designed for track use only. 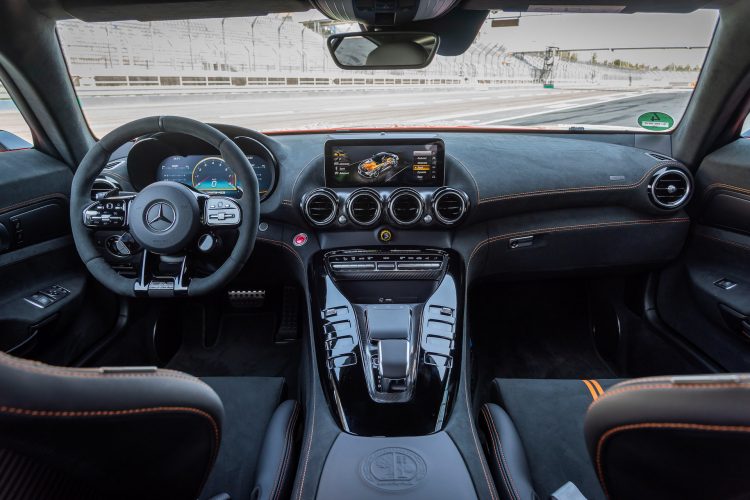 Inside, it’s not as sparse as it might seem. There’s a 12.3-inch digital instrument cluster, with Classic, Sporty, and Supersport display modes, as well as a 10.25-inch multimedia screen for the on-board entertainment and in-car functions.

Passengers are treated to carbon fibre bucket seats, while the cabin is decorated in Nappa leather and sporty Dinamica microfibre, in black with orange stitching. Special lightweight door panels are featured, showcasing race-like loop pull handles, along with a unique instrument panel.

Mercedes-Benz Australia confirms the AMG GT Black Series is available to order now, priced from $796,900 (excluding on-road costs). Deliveries are scheduled to begin during the second quarter of 2021. Unfortunately, just 28 examples are headed to local shores, and all have been sold out.