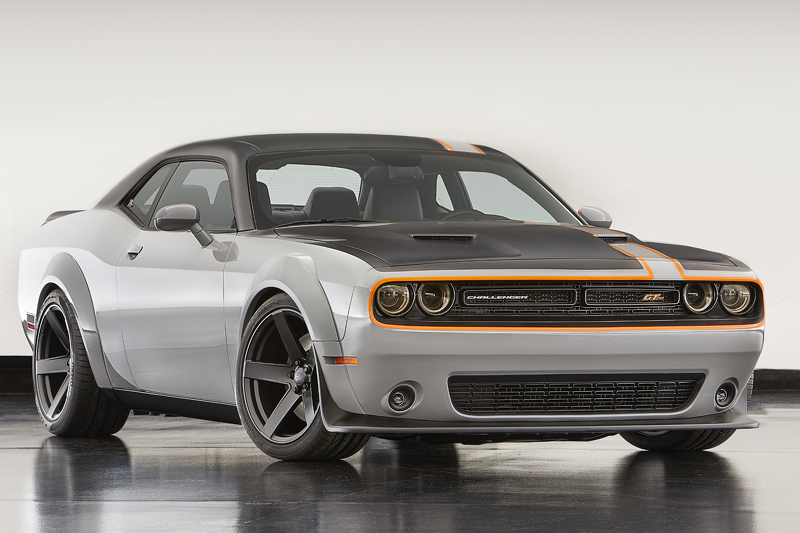 An interesting Dodge Challenger GT concept has been unveiled at the 2015 SEMA show, entailing a complete in-house all-wheel drive conversion. 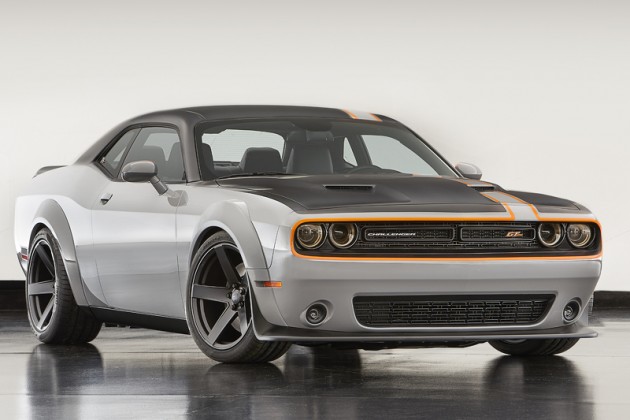 What better place for Dodge to show off such an idea than at the SEMA show – the world’s largest aftermarket auto show. Dodge is calling it a “year-round muscle car”, in that it can be driven in all weather conditions.

Starting with the powertrain, the engine is a 5.7-litre HEMI V8 that features a Scat Pack 3 Performance Kit. It includes ported heads, higher-flowing manifolds, and a full exhaust system. The kit adds around 56kW to the engine’s factory 277kW output (280kW with manual).

Behind the engine is an eight-speed automatic transmission with a specially-developed all-wheel drive system. Dodge hasn’t mentioned anything about performance figures but we’d be guessing a 0-100km/h time in well under 5.0 seconds.

Aside from the drivetrain conversion, the unique concept also features a wide-body bodykit with extended wheel arches, a new front spoiler and a neat lip spoiler at the back. It’s all painted in Destroyer Grey, matt black, with Header Orange highlights. 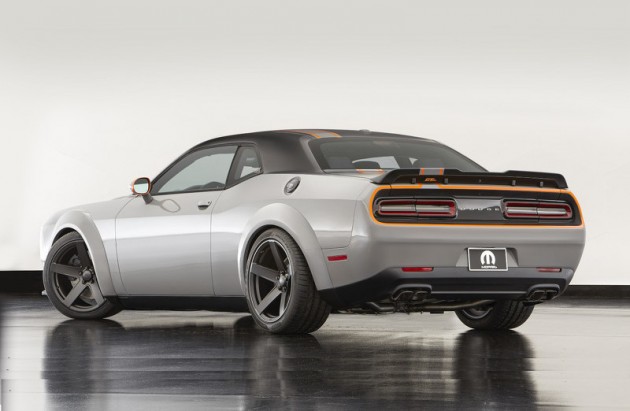 Other cool components include 20-inch deep-dish five-spoke alloy wheels, which seem to suit the theme of the car perfectly, as well as a quad-outlet exhaust system, and a revised interior with Katzkin leather and suede.