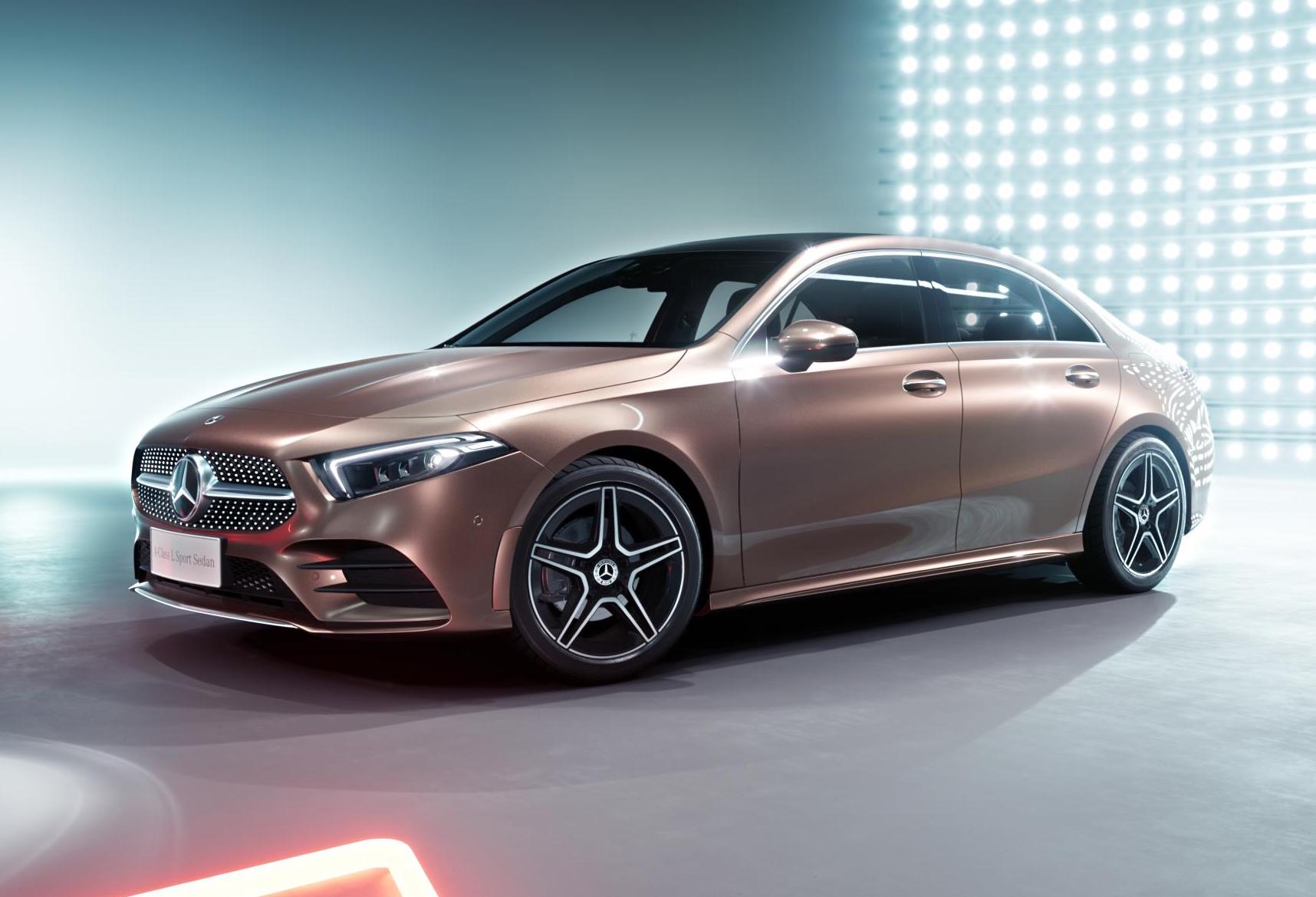 An image of the Mercedes-Benz A-Class sedan has surfaced online, revealing the new variant for the very first time ahead of its Beijing motor show debut this week.

UPDATE: Mercedes has now officially revealed the new model, called the A-Class L Saloon. We have updated the story below with official facts. 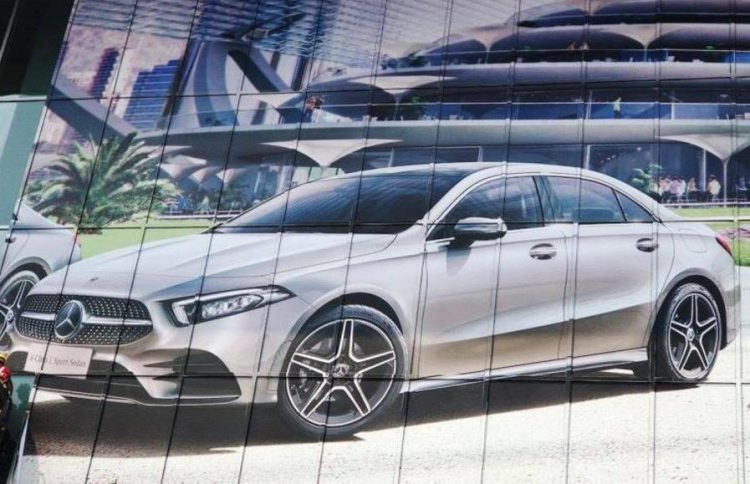 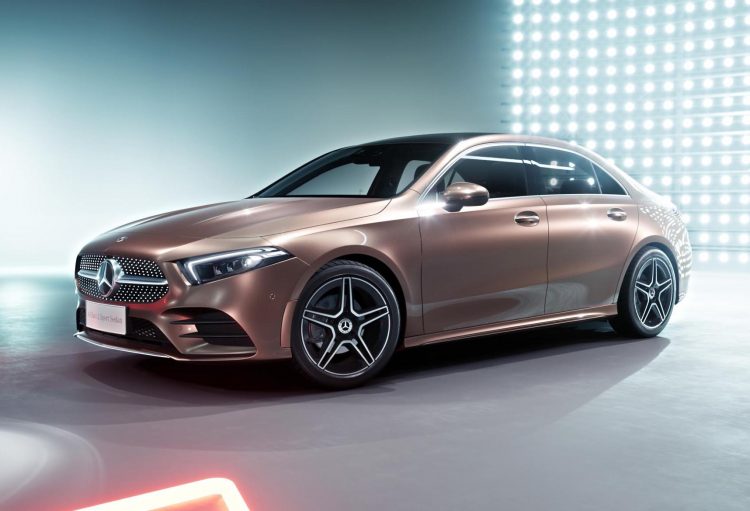 Judging by the official images, the A-Class sedan looks pretty much identical to the new hatch, only at the back it features a conventional sedan layout with a boot lid and quarter windows within the rear door swing.

At the front you’ll notice the angular LED headlight and single-tier grille front end design, as well as the unusual short-cut bonnet. Mercedes says the wheelbase is stretched 60mm compared with the hatch to provide more interior space, while at the back it looks similar to the CLA only more upright. It’s unknown if the 0.25 drag coefficient from the hatch is carried across.

Inside, the smart new interior is carried over from the hatch, with optional dual digital screens making up the instrument cluster and media interface. The interior also features a trio of sophisticated circular air vents on the dash, as well as a thick centre console and optional two-tone trim. At the back is a 420L boot. 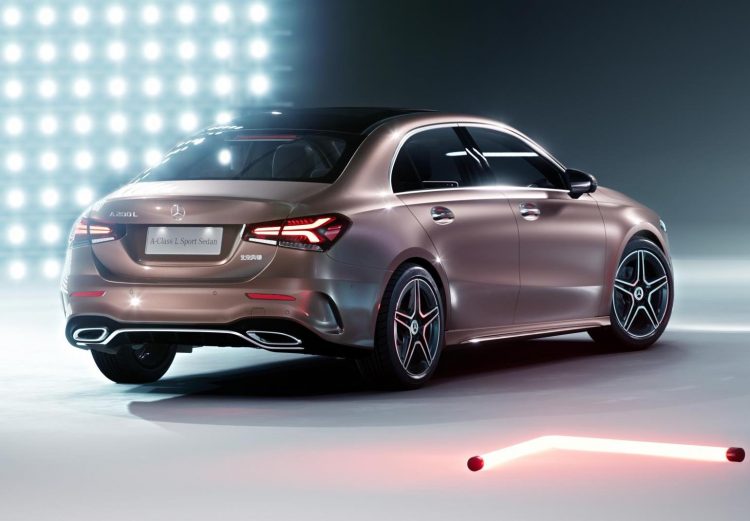 For the initial launch in China, the A-Class L Saloon will come with a new 1.33-litre four-cylinder engine, in two different tune, producing either 100kW or 120kW. A 2.0-litre four-cylinder will join the range later down the track producing 140kW. These are connected to a seven-speed dual-clutch auto.

Production of the new model will take place exclusively at Beijing Benz Automotive (BBAC), which is a joint venture with Daimler and BAIC Motor. A Chinese market launch is penned in for the second half of 2018.