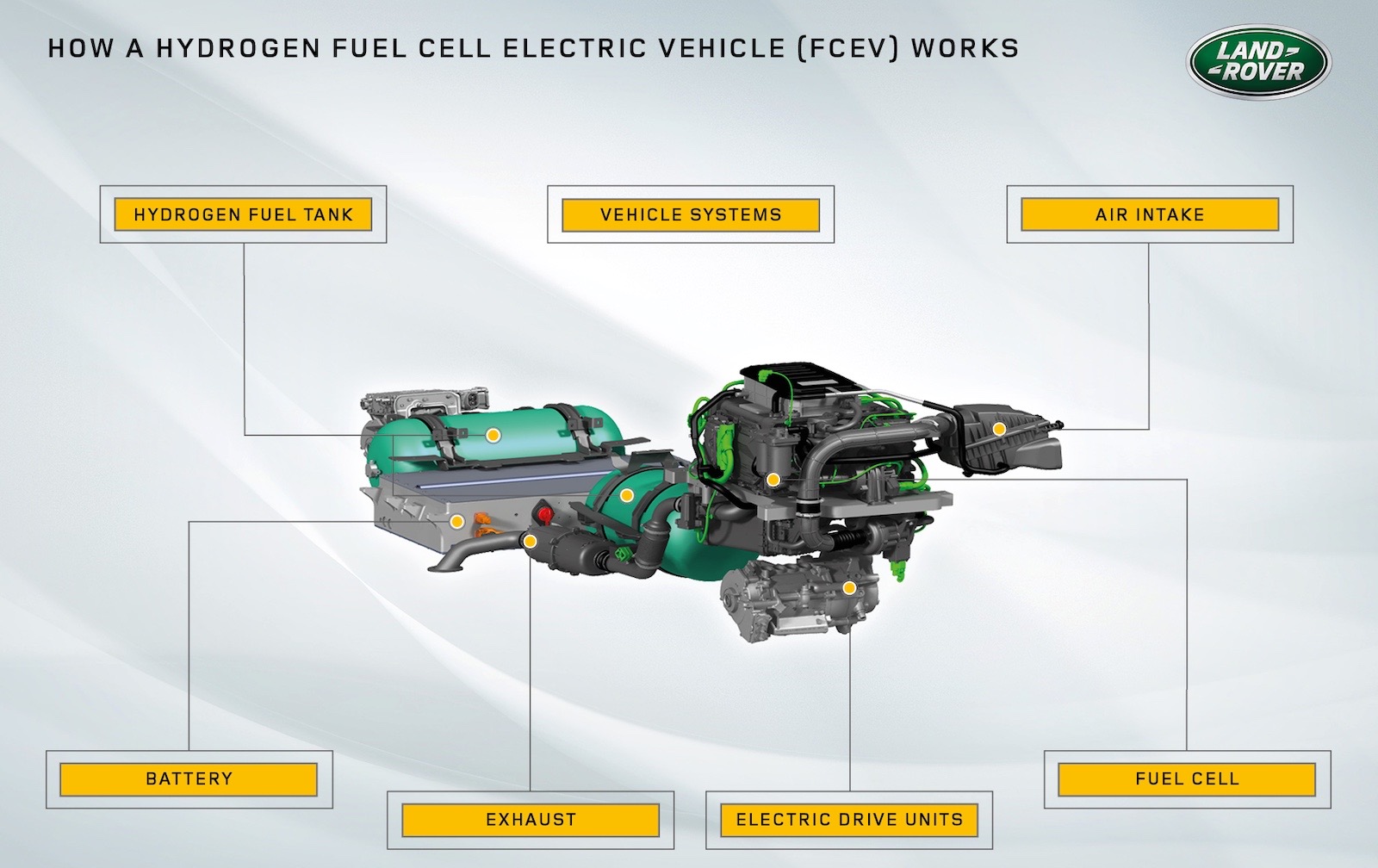 Jaguar Land Rover has announced it is developing hydrogen fuel cell technologies for potential future showroom products, and has created a concept for testing based on the Land Rover Defender. 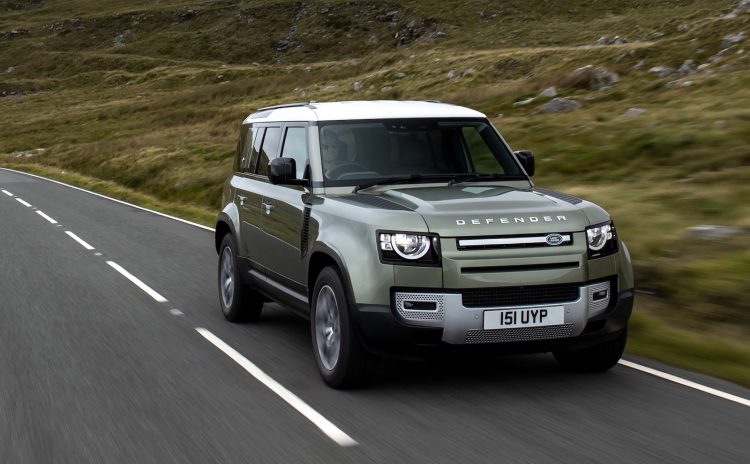 For now, the few limited details that we do know is that the development direction is called Project Zeus, with Jaguar Land Rover receiving funding from the UK’s government-backed Advanced Propulsion Centre. JLR has also teamed up with Delta Motorsport, AVL, Marelli Automotive Systems, and the UK Battery Industrialisation Centre for the research and development of fuel-cell electric vehicles (FCEVs).

Hydrogen fuel-cell vehicles are very similar to electric vehicles, in terms of how the driving wheels are propelled, but instead of owners having to recharge a battery hydrogen is used to create energy which is then used to power an electric motor/s. 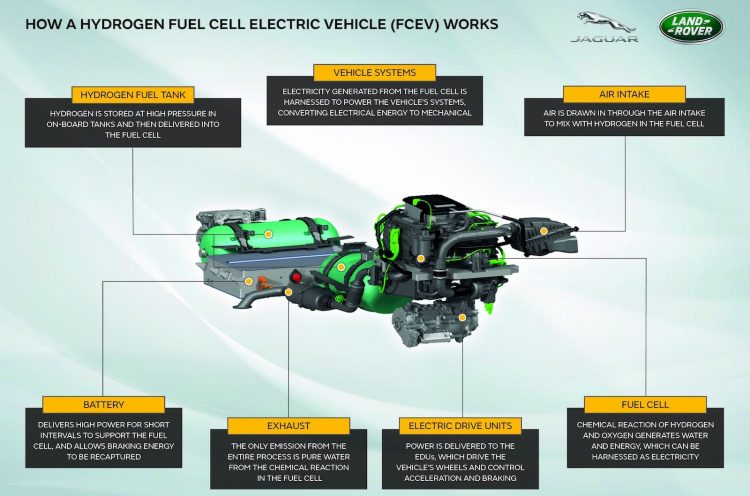 “We know hydrogen has a role to play in the future powertrain mix across the whole transport industry, and alongside battery electric vehicles, it offers another zero tailpipe emission solution for the specific capabilities and requirements of Jaguar Land Rover’s world class line-up of vehicles. The work done alongside our partners in Project Zeus will help us on our journey to become a net zero carbon business by 2039, as we prepare for the next generation of zero tailpipe emissions vehicles.”