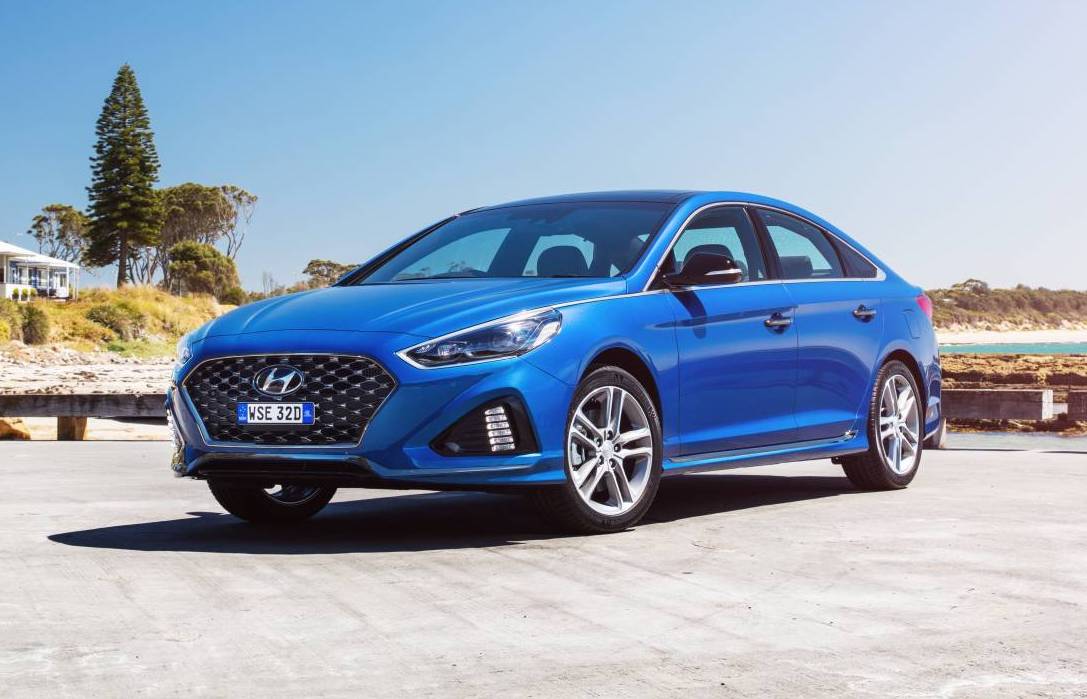 Hyundai has announced the 2018 Sonata range in Australia, bringing in a facelifted design inside and out, more advanced tech and some changes to the powertrains. 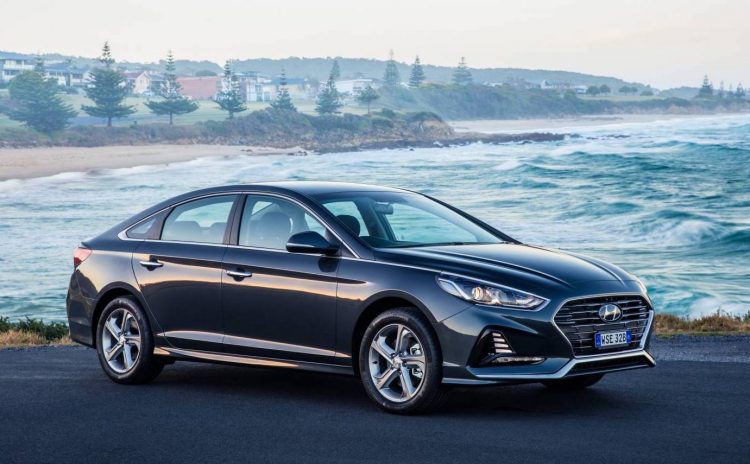 Two variants are on offer; the Active and the Premium. The Active is powered by a 2.4-litre naturally aspirated four-cylinder providing 138kW and 241Nm, with a fuel consumption average of 8.3L/100km.

Stepping up the Premium gets you a 2.0-litre turbo producing a very meaty 180kW and 353Nm. Despite the attractive power, fuel economy isn’t actually that far behind the 2.4L, at 8.5L/100km through the average cycle test.

It’s this Premium model that also debuts an eight-speed automatic, compared with the six-speeder in the 2.4. Acceleration figures haven’t been mentioned but we think the 2.0T should do pretty good across the 0-100km/h sprint.

Handling should also be quite good thanks to local engineering input, resulting in an Australian-specific suspension tune. It retains the MacPherson strut front and multi-link rear layout as the previous model. Drivers also get a sporty new three-spoke steering wheel to play with.

Sonata sales might see a slight increase in the coming months the Holden Commodore goes out of production, leaving room for other sedans to swoop in. So far this year (through September), Hyundai has sold 766 Sonatas, against over 18,000 Toyota Camrys in the same medium sedan segment. The new model is on sale now from the following prices (excluding on-roads):