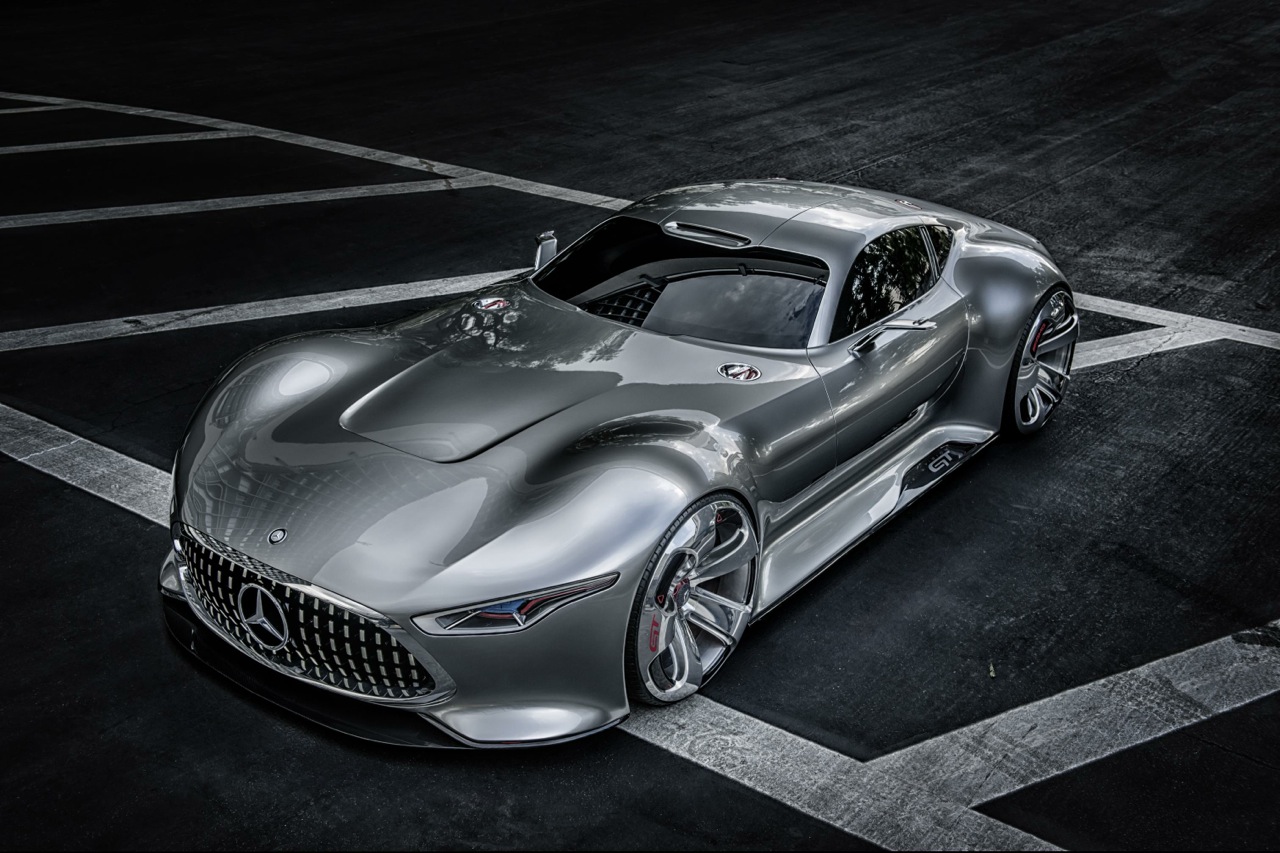 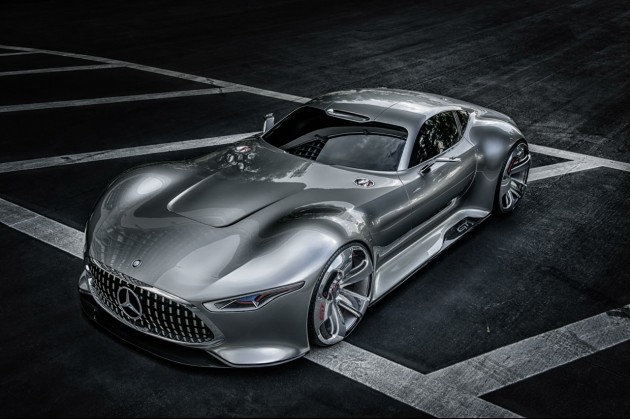 “By virtue of its proportions and expressive appearance, the Mercedes-Benz AMG Vision Gran Turismo embodies the brand’s defining design philosophy of sensuous purity in a unique way. The design of this concept car reflects to extreme effect the perfect symbiosis between emotional, sensuous contours and intelligently presented high tech.”

The front end has been inspired by the original 300 SL ‘Gullwing’, with its centrally mounted Mercedes star, while a modern diamond grille with LEDs is also used, similar to the setup first introduced on the latest A-Class. 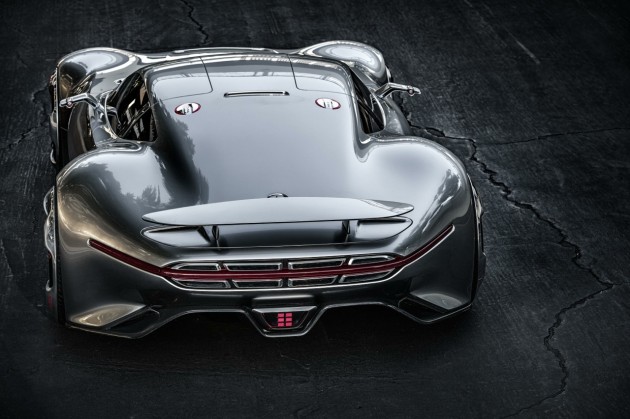 Inside, the dramatic concept uses an F1-inspired two-seat cockpit with red sports seats which are mounted centrally, leaving a pair of dash sections on either side of the steering column. The dash has been made to compliment the gullwing doors.

Under the bonnet sits a biturbo V8 producing 436kW and 800Nm. It’s matched to an eight-outlet exhaust system which creates a “powerful, sonorous exhaust note”, according to Mercedes.

Thanks to various carbon fibre components and an aluminium space frame, the car weighs just 1385kg. This means it has an excellent power-to-weight ratio of just 3.1kg:1kW. Although acceleration figures haven’t been mentioned, you can probably guess this thing is going to sprint along with incredible pace.

The concept might be a digital creation, however, a full 1:1 scale model will also be on display at the opening of the Mercedes-Benz Research & Development Centre in Sunnyvale, California, on November 19.

Gran Turismo 6 will hit stores on December 6. The special Mercedes will be one of many other visionary concepts created for the game, all of which will be available as downloadable content.