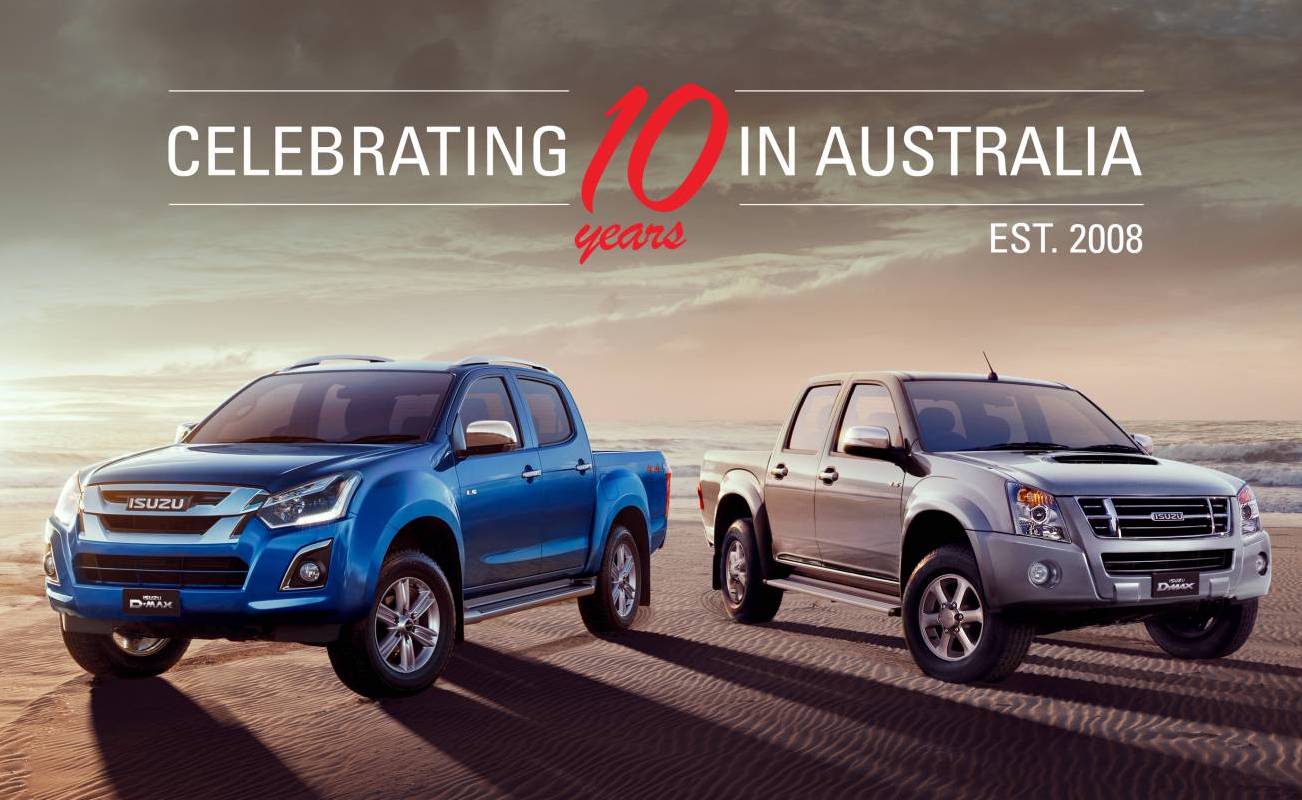 Isuzu Ute is celebrating 10 years in Australia this year, after launching Down Under in October 2008 with a dealer network of just 38. It has since expanded to a network of 140 dealerships across the country. 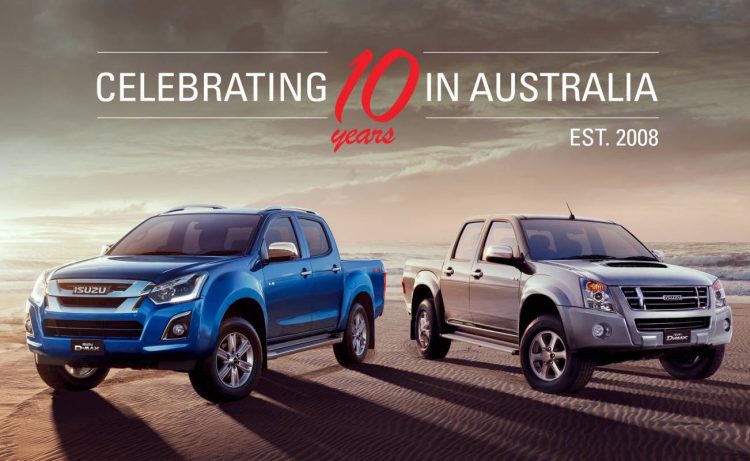 The company launched locally with the D-Max, featuring a 3.0-litre turbo-diesel four-cylinder engine. For Isuzu, it didn’t take long before Australia soon became the biggest export market for the D-Max outside of Thailand, where the ute is produced. Sales have also since towered, partly helped by the introduction of the D-Max-based MU-X SUV in 2013.

So far this year (through September), the company has shifted 19,908 vehicles. This is up 8.8 per cent on the same period last year, which means the company will probably report another sales milestone by the end of this year. The D-Max is the best-seller, contributing 13,346 sales, with the remaining 6562 units coming from MU-X sales.

According to Isuzu Ute Australia managing director, Hiro Kuramoto, customer satisfaction is a defining factor of the company’s success here. He also highlights quality of product and after-sales care as key attractions. Speaking about the 10-year milestone, Kuramoto said:

“The highlights have been many, and we continue to be humbled by the Australian response to our products. Since launch, our products have been endorsed with a number of awards, and the positive feedback from customers continues to confirm that we deliver honest, reliable products.”

Going forward, Isuzu says it is aiming to hit 30,000 annual sales by 2020. This seems highly possible, especially with the growing demand of utes and SUVs in Australia.