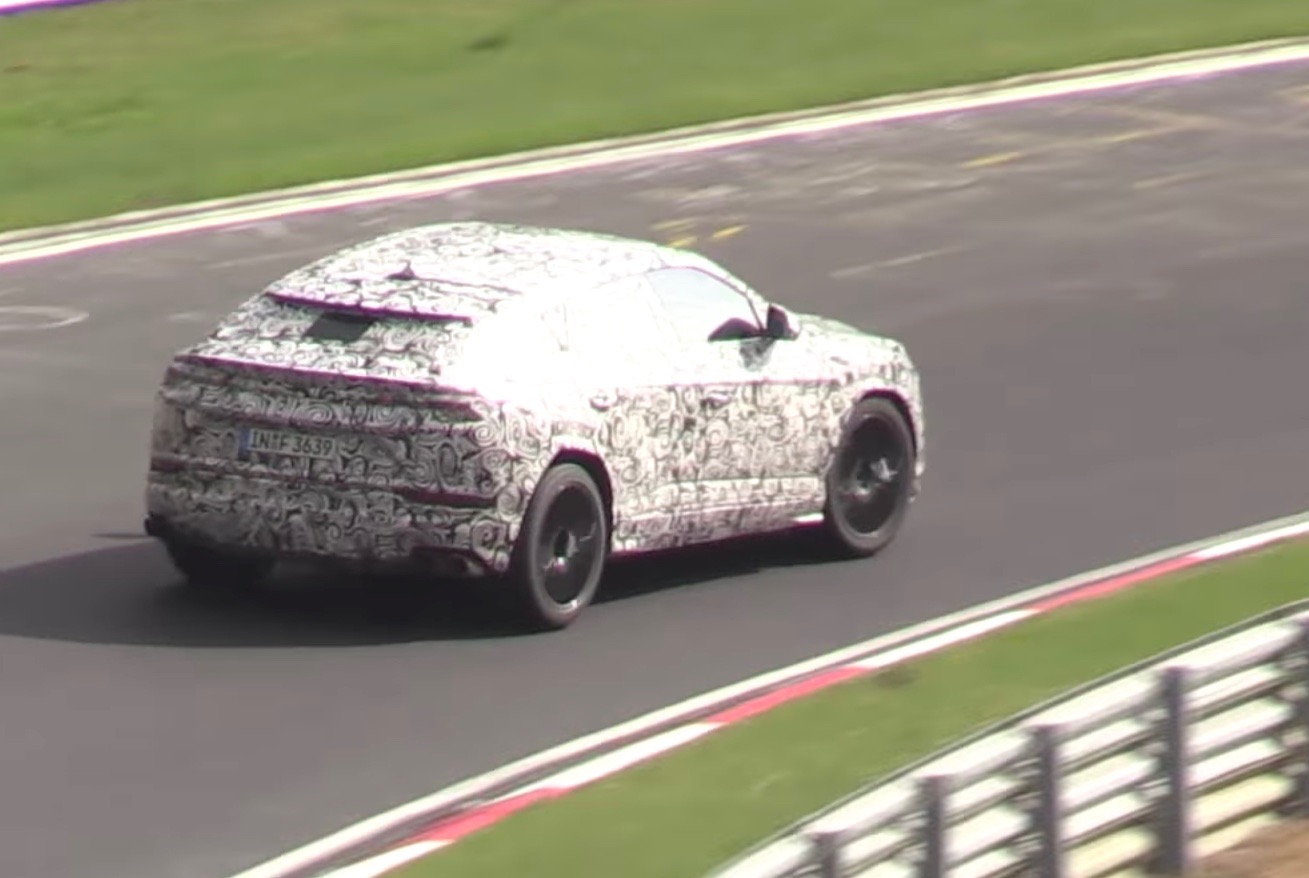 Lamborghini has been spotted testing the new Urus SUV out on the Nurburgring in Germany, with the prototype giving off a clear V8 soundtrack. 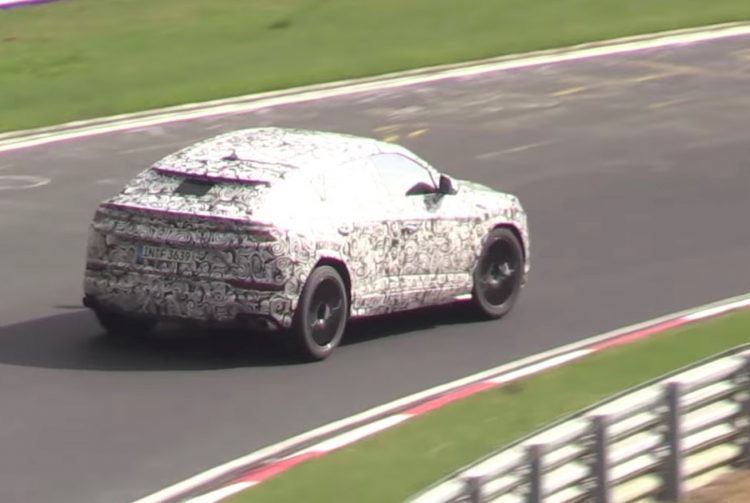 As we’ve already discovered, the Lamborghini Urus will go into production in 2018 at the company’s headquarters in Bologna, Italy. The company’s boss has said the SUV will feature a unique twin-turbo V8 developing around 480kW.

By the sounds of this prototype, heard periodically in the video, there is definitely a V8 on the way. As much as we would all love to see a V10 worked into the engine compartment, at this stage it doesn’t seem likely.

In prototype form it looks big and has a lot of presence about it on the Nurburgring. It’s based on Volkswagen Group’s MLB Evo platform, which is used to underpin the latest Audi Q7 and upcoming Porsche Cayenne. This gives you some idea of the super-SUV’s size.

Unlike its platform-sharing brothers, the Urus will feature a complete unique body, taking the shape of a four-door coupe. There’s going to be plenty of Lamborghini-esque highlights, including an aggressive nose, inverted headlights, and a racy rear end incorporating a chunky diffuser. Some of the major components are also likely to be constructed from carbon fibre to help reduce weight.

The interior will be distinctly Lamborghini as well, with lots of crazy shapes and shards adding excitement, likely with a variation of Audi’s Virtual Cockpit digital instrument cluster presented to the driver. We can also expect loads of personalisation options and of course exotic materials.

Needless to say, the Lamborghini Urus will probably come into the market as the fastest production SUV in the world, surpassing its genetic cousin, the Bentley Bentayga, and its top speed of 301km/h.

Take a look below for a preview. Some other interesting prototypes are featured in the video too, including the new BMW M5, a quick look at the 2018 Opel Insignia OPC (potential HSV), and the Hyundai i30 N.