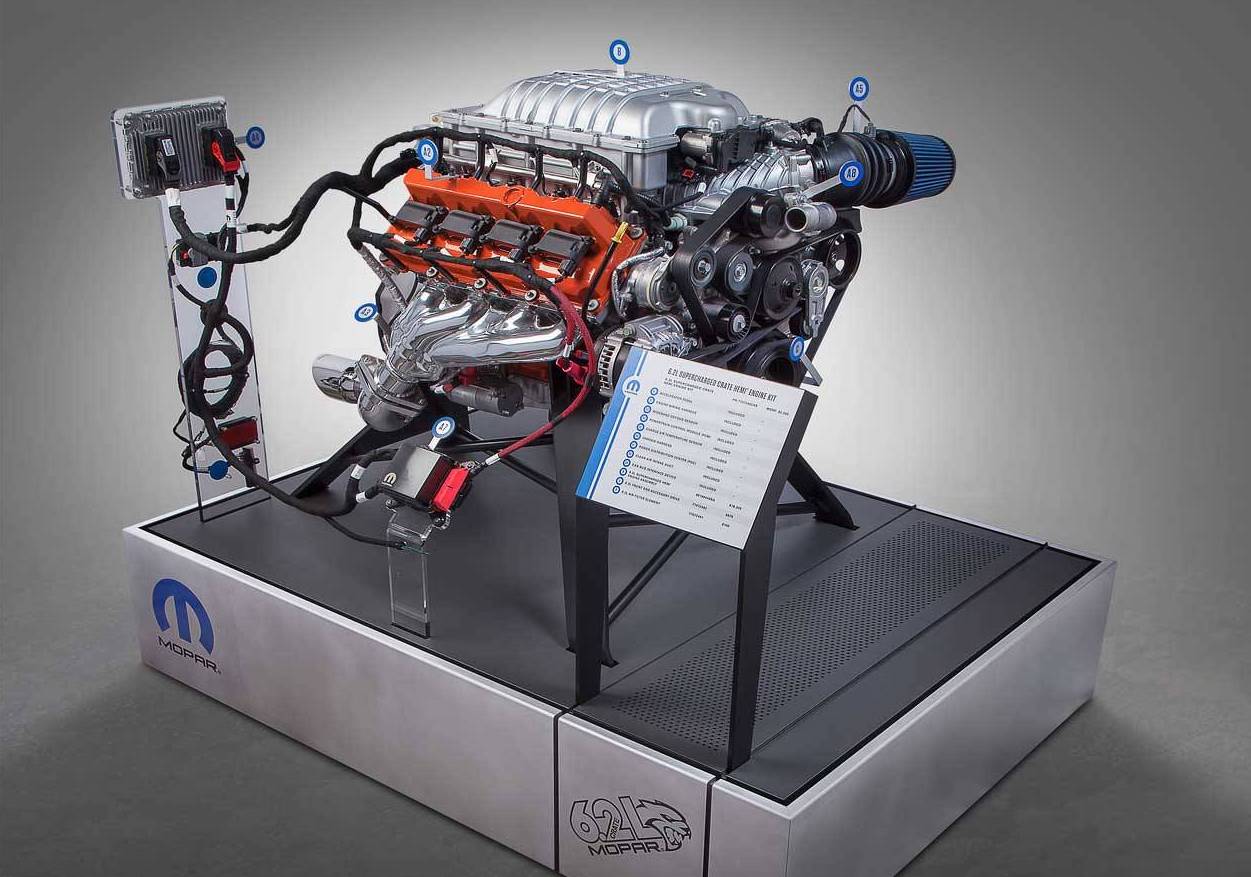 You might not be able to buy a Dodge Charger or Challenger Hellcat in Australia, but at least FCA is offering the engine. Yes, that’s right. The V8 Hellcat engine is now available as a crate motor. 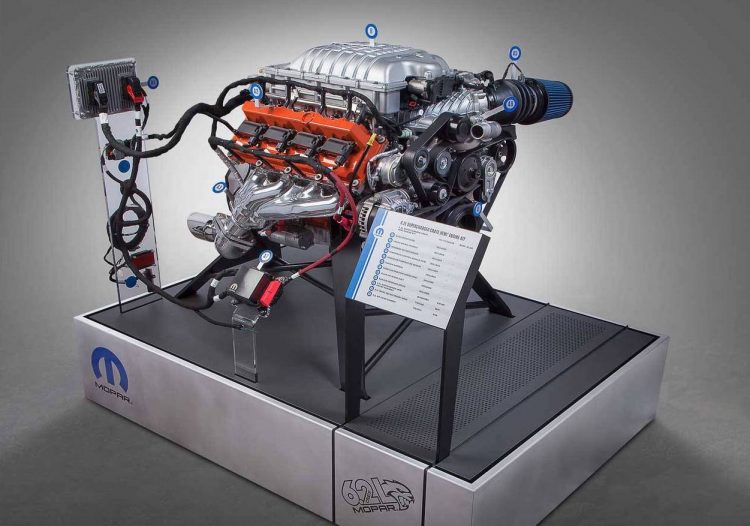 The 6.2-litre supercharged V8 has been buzzing motoring culture ever since it was introduced in 2015, with its mind-blowing 527kW/874Nm output. At the moment it’s only available in the Dodge Charger and Challenger, but it will soon be offered in the Jeep Grand Cherokee in Australia in the form of the Trackhawk.

If you can’t wait for the SUV, or don’t want a fast SUV and just want the engine, FCA is announcing the ‘Hellcrate’ package. It’s a fully-built Hellcat engine with the same 707hp output. An example is going on display at the SEMA show in Las Vegas this week. Speaking about it, Pietro Gorlier, head of Parts and Service (Mopar), FCA, said:

“Never before has a supercharged, factory-direct 707-horsepower crate engine kit been offered, and we are proud to be the first to deliver a solution enthusiasts have demanded. This ultimate powertrain option fits the needs of owners and fans who demand iconic performance.”

The complete kit includes a powertrain control module, engine wiring harness and chassis harness, oxygen sensors and air temp sensors, and has all been optimised to be used with a manual transmission. It even comes with an accelerator pedal so you could set it up in your mancave if you wanted to.

Mopar offers a three-year/unlimited kilometre warranty when it’s all purchased together, with prices kicking off at US$19,530, and US$2195 for the engine kit. Working on a project car? Tossing up between engines? Well…