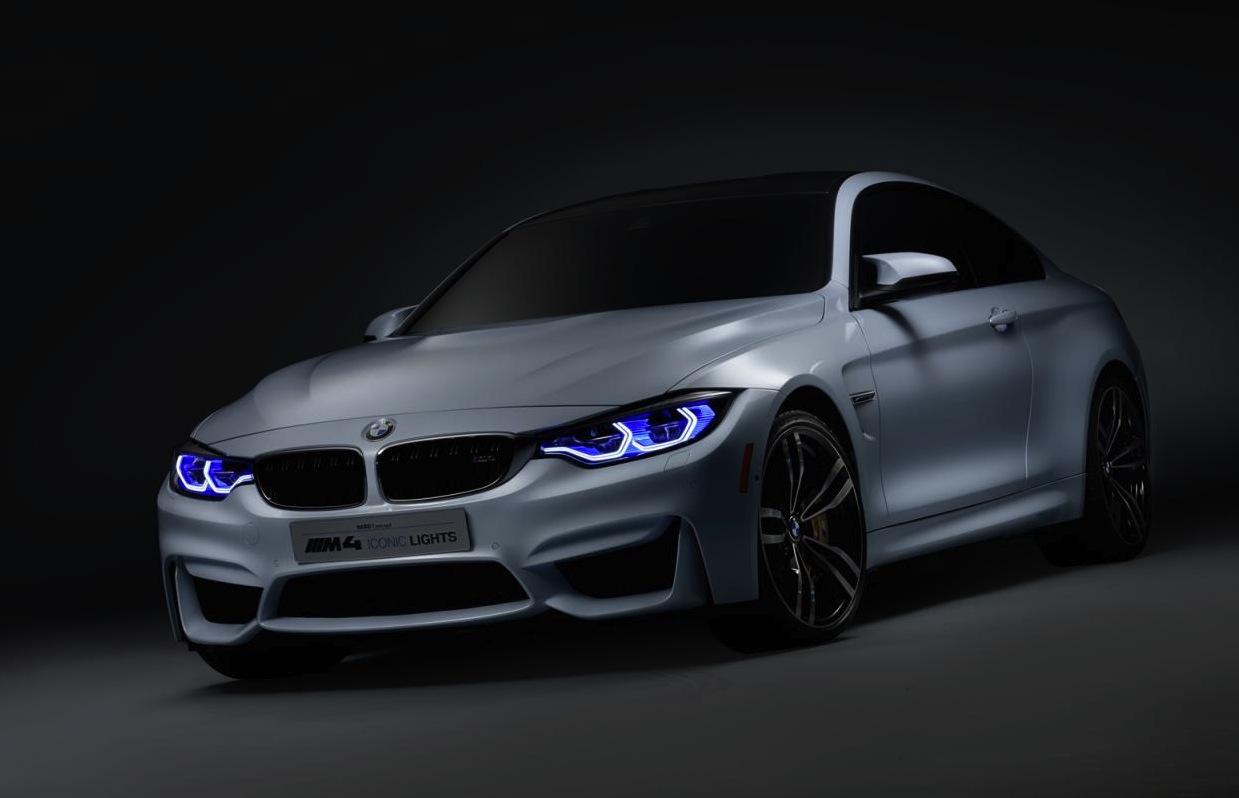 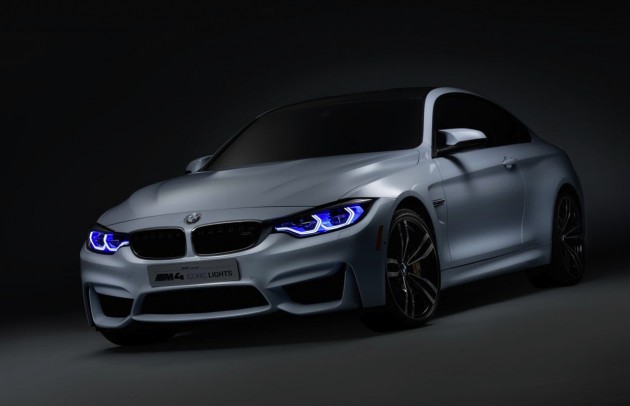 In what seems to be the new trend in lightning technology, the special BMW M4 shows off powerful laser headlights that are capable of bringing light to areas are up to 600 metres away. The system runs on 30 per cent less energy than typical bulbs and provides a parallel beam which is ten times more intense than beams produced by halogen, xenon, or LEDs. BMW explains,

“Inside the laser headlights, the ‘coherent’ monochromatic blue laser light is converted into harmless white light. A special optical system directs the rays from the high-performance diodes onto a phosphor plate inside the light, which converts the beam into a very bright white light that is similar to natural daylight and pleasant to the eye.”

Despite the sheer strength, the beam is carefully developed with an anti-dazzle feature to ensure no on-coming drivers are startled by the light. It does this by constant monitoring systems including cameras. BMW says,

“The camera-based BMW Selective Beam system, which is controlled by dynamic actuators, prevents oncoming or preceding vehicles being dazzled and allows the laser high beam to be left on at all times.”

At the rear of the M4 Concept Iconic is a set of BMW Organic taillights. Organic LEDs, or OLED as they are known, don’t produce a directional beam of light. Instead, OLEDs emit light uniformly over the entire surface of the lens.

With each element being just 1.4mm thick, individual modules can be activated or deactivated separately. This opens up the doors for a range of taillight design and function possibilities. 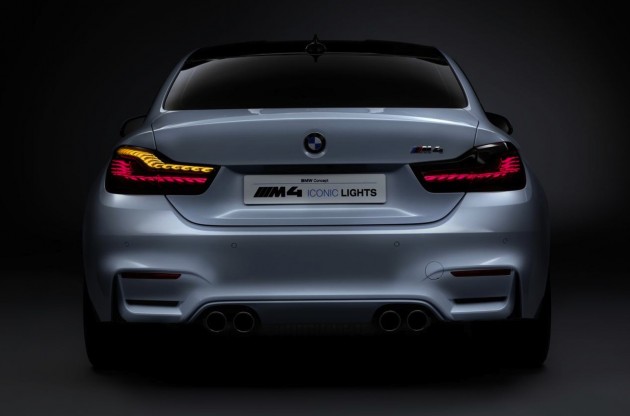 Although this is just a concept at the moment, industry word suggests BMW will introduce the advanced lights in a production BMW M vehicle in the next few years. Let’s wait and see. They certainly look cool don’t they?