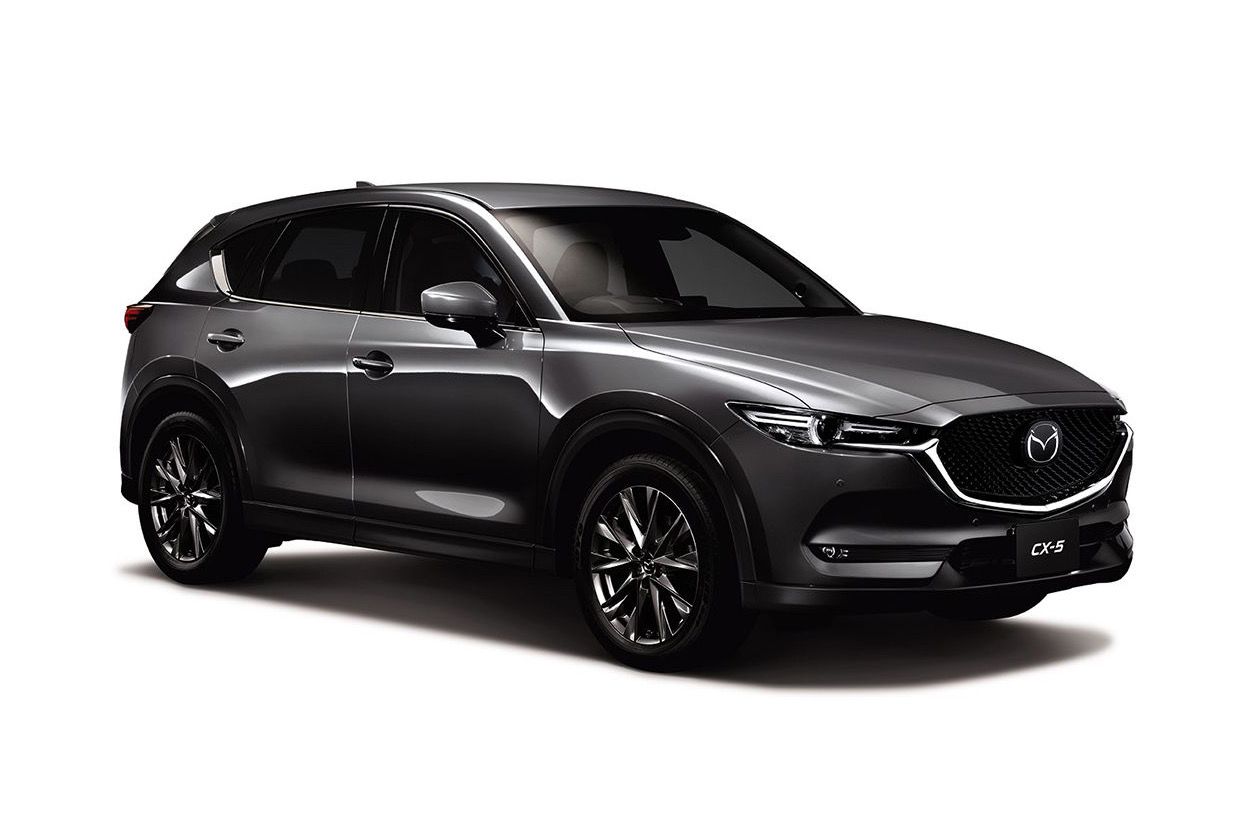 Following speculation and document leaks, Mazda has now confirmed the 2019 Mazda CX-5 will be available with its latest 2.5-litre turbo-petrol engine. It has been announced for the Japanese Domestic Market and will go on sale there in November, but other markets are set to follow. 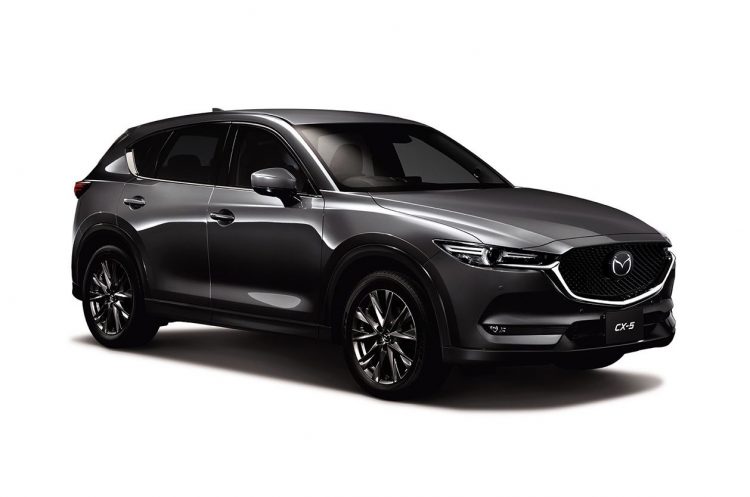 But first, that turbo engine. It’s the same 2.5 turbo that debuted in the CX-9 and was introduced for the Mazda6 earlier this year. The engine produces 169kW/230PS (known as 170kW in Australia) and up to 420Nm. This engine comes with a six-speed automatic as standard, with either front-wheel drive or all-wheel drive.

For the 2.2-litre twin-turbo diesel, which produces 140kW and 450Nm, buyers are being offered the choice of a six-speed auto as before or a six-speed manual for the first time. The diesel is available in front- and all-wheel drive configuration as well (in Japan).

As for the new G-Vectoring Control Plus, this works a bit like torque vectoring but it also monitors power delivery, steering angle and the conditions to best manage the drive flow. The Plus version is able to regulate vehicle motion when returning the steering wheel to the centre, Mazda says, and during initial turn-in. Essentially, it means it is designed to reduce and smooth out body roll. Mazda says the technology is also able to enhance handling stability on slippery surfaces and during lane changes on the motorway.

Only minor areas of the design have been updated. The 17-inch alloy wheels are changed from dark silver to grey metallic (same spoke design), and inside the climate control panel, including the buttons and controls are refined for a better feel and improved functionality. 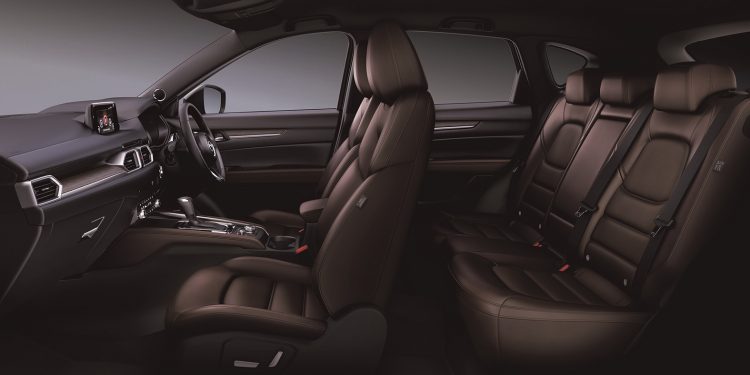 For the first time Mazda is presenting a new ‘Exclusive Mode’ edition. This might be similar to the recently-announced CX-9 Azami LE. With the CX-5 it comes with real woodgrain trimmings, Nappa leather upholstery, a frameless rear-view mirror, and 19-inch alloy wheels in exclusive dark gloss paint. White LEDs are also used for ambient lighting in the cabin.

Mazda Australia is yet to announce any local details, but we should probably expect an arrival later in the year or earlier next year. Given the local arm only recently announced an update for the CX-5, with the higher-output twin-turbo diesel engine, we’d suggest some time next year. We’ll keep you updated in any case.