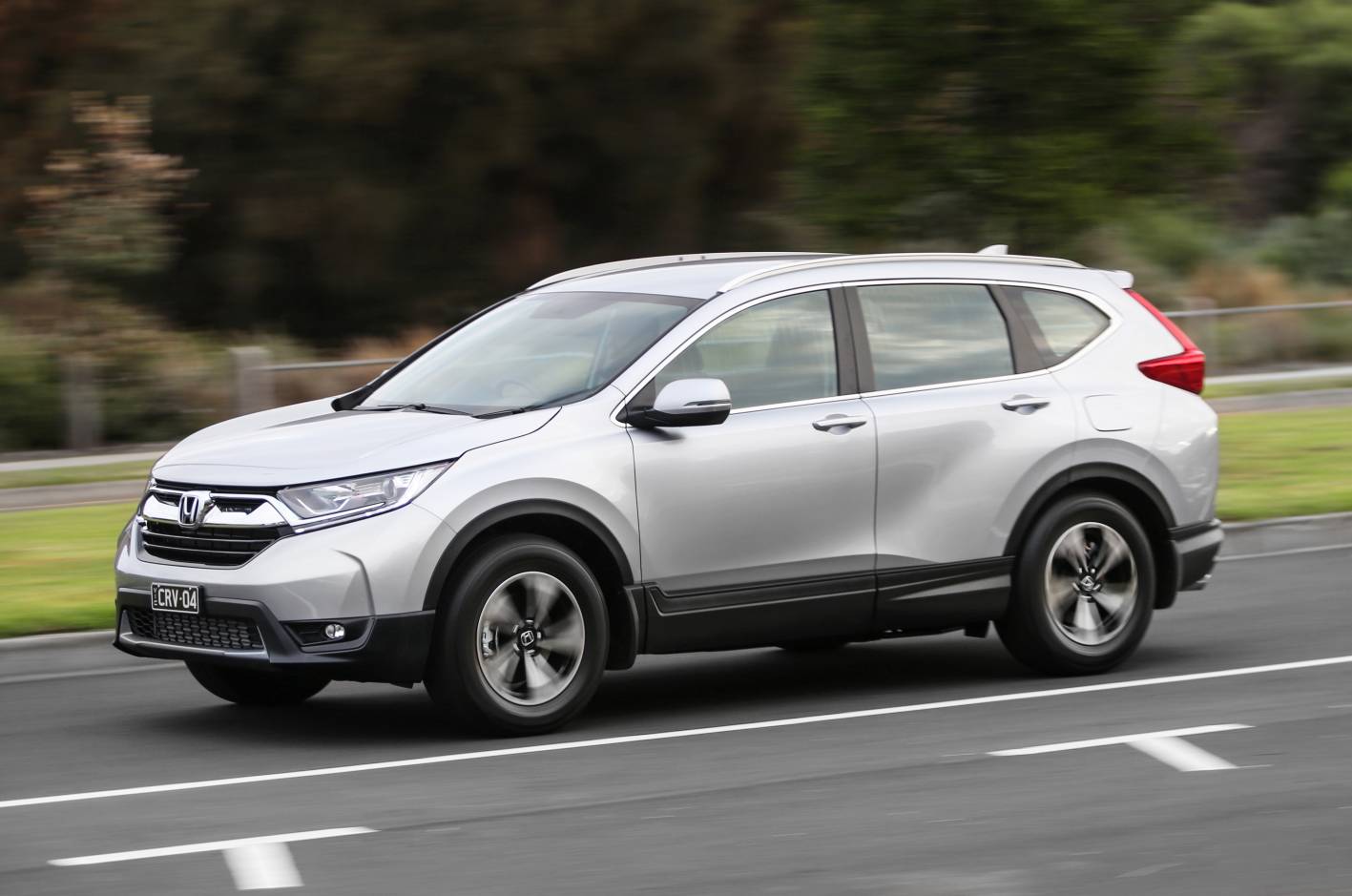 It’s the end of the financial year and unsurprisingly, car sales boomed in the last month of the year. The June 2018 VFACTS report reveals big sales numbers for many car brands, with overall vehicle sales up 1.0 per cent on the first half compared with the same period last year (YTD). 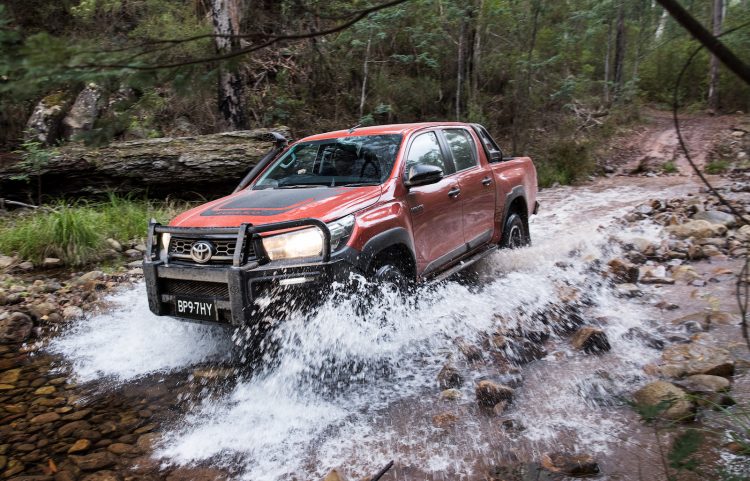 Sitting at the top of the car brands for popularity, Toyota sold almost twice as many vehicles as its next nearest competitor in June. Its figure is up 2.6 per cent for the first six months of the year, but down 5.6 per cent on June last year. Mazda and Hyundai continue in second and third spot, respectively, with sales down 3.5 per cent YTD for Mazda and up 0.2 per cent for Hyundai. Further down we see Honda has jumped back into the top 10, pushing Subaru out, while Volkswagen just holds on in 10th. See below for the top 10 best-selling brands during June 2018.

As you might have expected, a lot of commercial vehicles make up the top 10 best-selling car models for the month. The Toyota HiLux posted ridiculous figures, almost hitting 6000 sales in one month, while Ford isn’t too far behind with its Ranger. Four utes make up the top 10, and two SUVs, and four small cars. Many of these are likely to be fleet or small business buyers looking to close off the financial year. The top 10 best-selling vehicles for June 2018 were as follows:

Small Cars under $40,000 – Toyota remains the king of small car sales. Although its June figure is down 1.6 per cent YTD and down 1.3 per cent for the month compared with 2017, the Corolla easily outsold its competitors. The Japanese brand will launch the all-new model in August, which is expected to see a big rise in sales. The top 10 best-selling small cars in June 2018 were as follows:

Medium Cars under $60,000 – Into the medium sedans and it looks like the Toyota Camry is holding onto top position since switching from an Australian-made model to the new Japanese-made model. Sales are down 35.9 per cent YTD however, which is a big drop. This isn’t helped by a general decline for the segment, with June figures down 42.2 per cent and YTD down 29.5 per cent for the class. The top five best-selling models in this class for June 2018 were as follows: 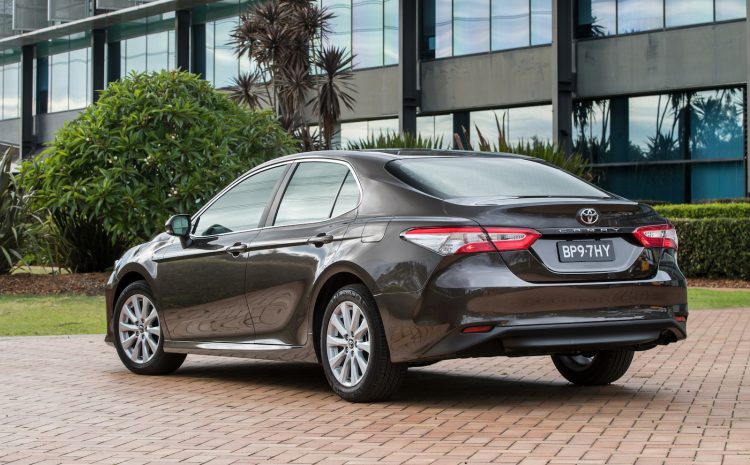 Medium Cars over $60,000 – Mercedes is still going strong with its C-Class in this segment, but sales look like they are declining as a new model is approaching the horizon. BMW 3 Series figures weren’t far behind in June, with Audi A4 sales giving it the bronze medal. The top five best-selling vehicles in this class during June 2018 were as follows:

Large Cars under $70,000 – Holden Commodore sales aren’t doing too bad it seems. Many critics, including us, predicted a big drop in figures but it looks like the buying public aren’t completely snobbing off the new Commodore. There still could be some Australian-made VF examples sitting on the lot though which might be contributing figures. Sales for the nameplate are down a massive 50.8 per cent YTD, and down 43.6 per cent for June. Sales of the Kia Stinger are steady. The top five best-selling vehicles in this class for June 2018 were as follows:

Large Cars over $70,000 – Up into the luxury sedans and we see the Mercedes E-Class remains the pick of the bunch. Its figure is down 29.4 per cent YTD however, and down 22.1 per cent for June. The segment itself isn’t seeing a big response from customers though, with segment sales down 32.8 per cent YTD and down 28.7 per cent for June. This is some evidence of the popularity of the SUV segments, which are showing increases. The top five best-selling vehicles in this class in June 2018 were as follows: 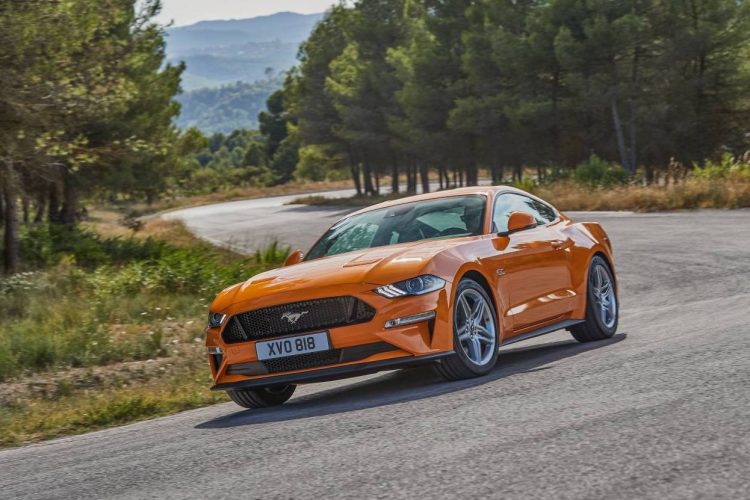 Sports Car under $80,000 – Into the more exciting stuff and Ford is still seeing a huge response for the Mustang. And this is despite there being a new model just around the corner (pictured above). Others in the class remain fairly dormant in terms of their figures and top five standings. The top five best-selling vehicles in this segment for June 2018 were as follows:

Sport Cars over $80,000 – Up a segment and it’s the Mercedes C-Class two-door that takes the crown again. Like its four-door brother, figures are experiencing a drop across year-to-date, down 35.4 per cent in this case. In other areas the Audi A5 moves up a couple of spots while the rest remain in their positions. The top five best-selling models in this category for June 2018 were as follows:

Sport Cars over $200,000 – Ultra fast and/or ultra luxurious cars in this class are actually experiencing a 1.9 per cent increase in sales YTD. The Porsche 911 was the most popular model in June, and its figure is up 22.9 per cent YTD. Ferrari sales are also on the rise, up 19.8 per cent YTD, with rival brand Lamborghini posting an increase of 1.6 per cent. The top five best-selling vehicles in the class during June 2018 were as follows:

Combined 4×2 and 4×4 ute – Here’s where we see some of the biggest numbers. The Toyota HiLux is obviously the favourite, and from there we see no changes in the top 10 most popular rankings in June except the Navara moves up one spot to sixth. All models experienced a rise in sales compared with May. The top 10 best-selling utes (4×2 and 4×4 combined – excludes LandCruiser) for June 2018 were as follows: 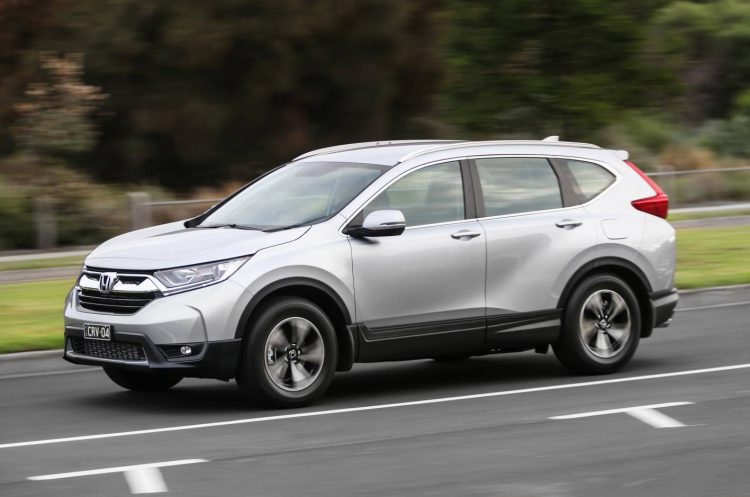 SUVs continue to attract huge car buying crowds, with more and more models being introduced and more brands jumping onto the bandwagon. Mazda’s CX-5 was the most popular SUV for the month once again, followed by the Toyota RAV4. RAV4 sales are expected to see a spike next year with the arrival of the all-new model.

As for movements in the rankings, we see the Honda CR-V has shifted into third spot in its class, while the Mercedes GLC has reported massive numbers in its segment. Nissan’s Qashqai also jumps to the op of the small segment. The top three best-selling SUVs in all categories for June 2018 were as follows:

Total new vehicle sales in Australia in June were up on May figures. During June 2018, Australian consumers bought 130,300 vehicles according to VFACTS compared with 100,754 in May. Sales for the month are down 2.9 per cent compared with June 2017, but year-to-date sales are up 1.0 per cent.