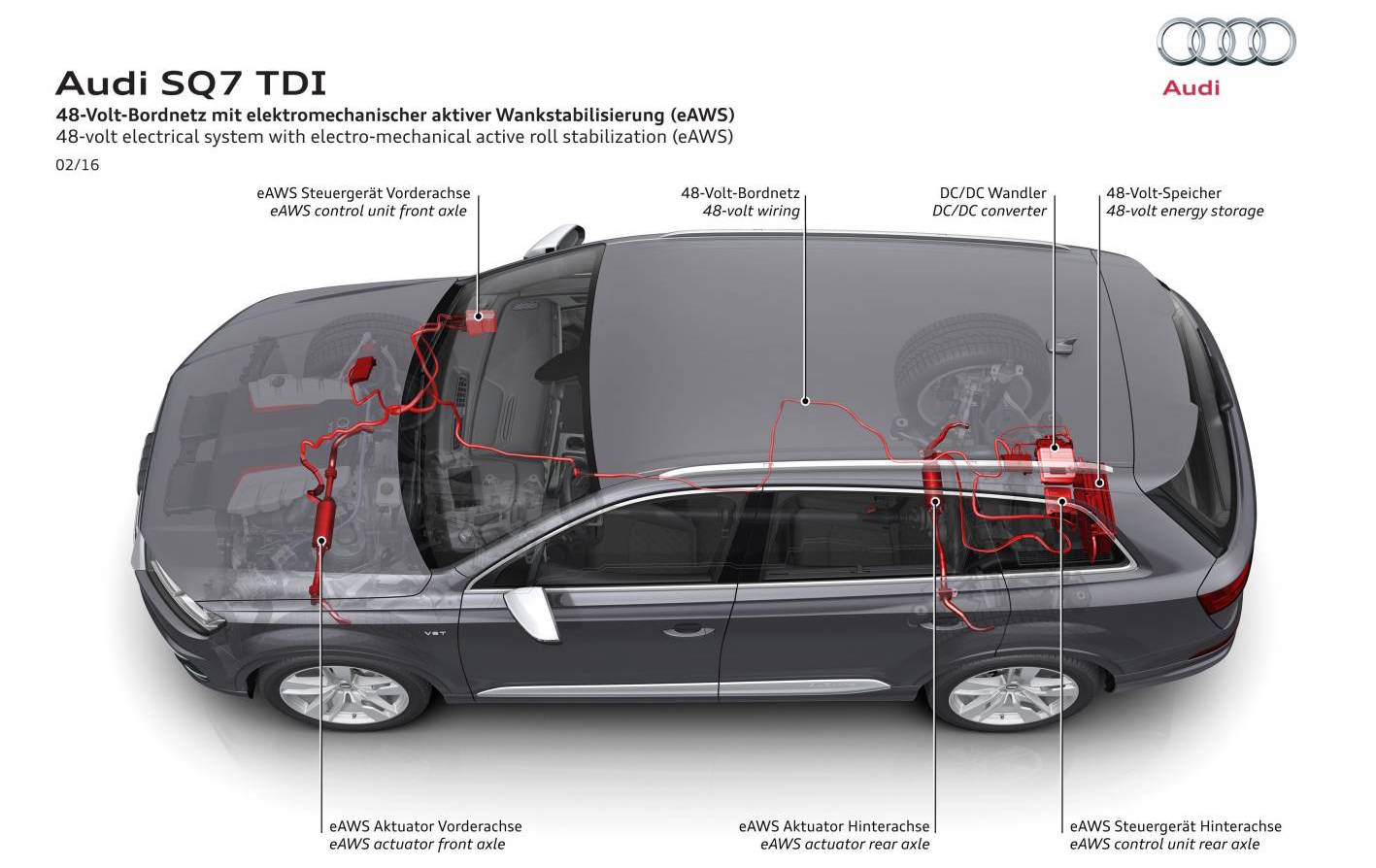 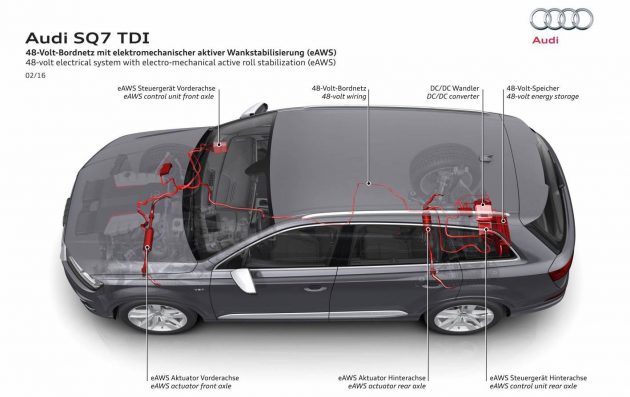 The SQ7 was crowned at the Silverstone Grand Prix Circuit in England, and took out the honours thanks to its 48-volt electric subsystem and electromechanical active roll stabilisation technology.

TThe newly developed V8 engine of the Audi SQ7 TDI uses an electric powered compressor – that is a world first,” said Dr. Stefan Knirsch, member of the board of management for Technical Development at Audi.

The compressor works alongside two turbochargers, assisting low-down in the rev range. Audi claims this technology eliminates any evidence of turbo-lag. It also supplies power for the electromechanical active roll stabilisation, providing what Audi claims is its best ride quality yet.

The SQ7 TDI is the first model to feature the high-performance voltage system, with a DC/DC converter that connects the 48-volt system with a 12-volt system. The 48-volt system has its own battery due to the high power requirements in short amounts of time.

The Audi SQ7 TDI arrives on Australian shores later this year. Prices and final local specifications are yet to be announced. 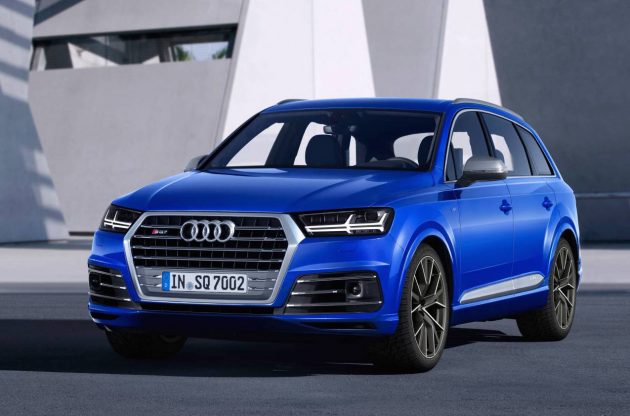