A trio of high-speed accidents on one of Germany’s famous autobahn highways occurred on Saturday, including a McLaren MP4-12C crash, a Dodge Viper ACR crash, and a Chevrolet Corvette crash. 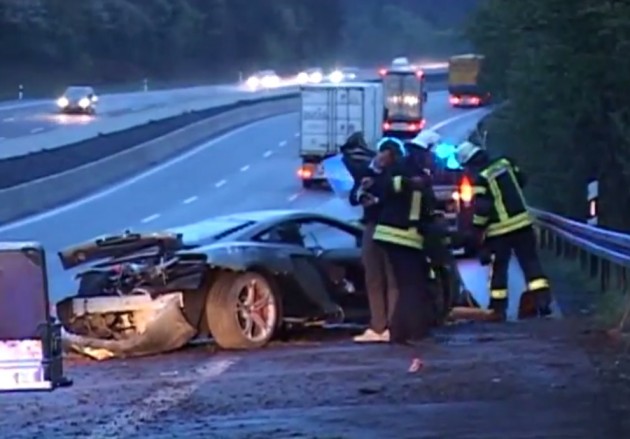 All three incidents took place on a similar stretch of unrestricted highway in Germany, causing major supercar destruction. Fortunately, no one was injured in any of the accidents. 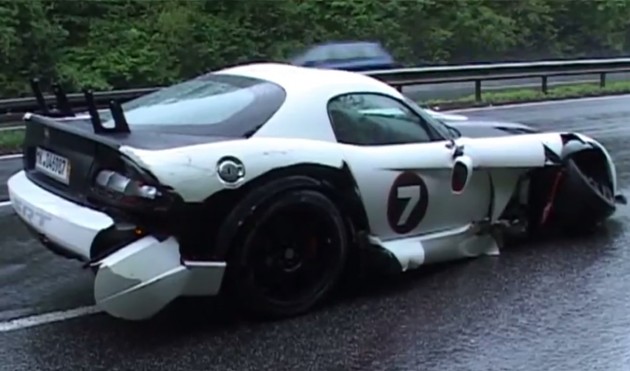 It was a wet day in the area on Saturday. The first incident involved a rented Dodge Viper ACR. According to reports the Viper clipped the side of the road and speared into a barrier, tearing some serious carnage in the side of the ACR track-oriented model. 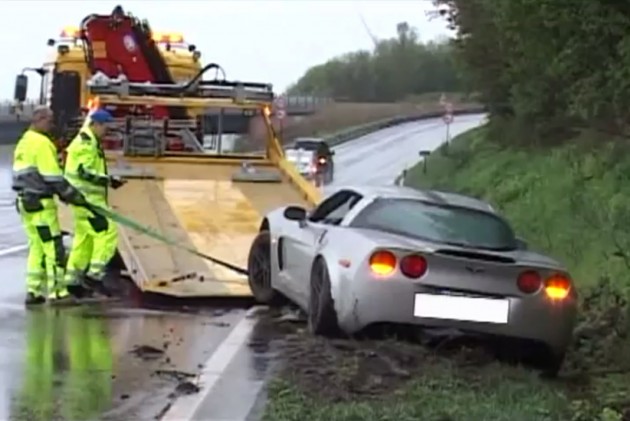 It’s understood around two hours later, a Chevrolet Corvette driver lost control in the poor conditions and crashed into a barrier and went off the road as well. Lastly, a McLaren MP4-12C, around two months old, went through a similar ordeal. The MP4-12C suffered considerable damage to the front and rear. 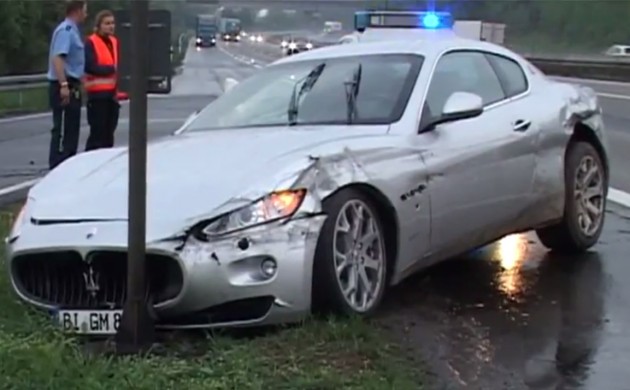 A Maserati GranTurismo was also involved in a nasty accident last week during the wet conditions.

It’s amazing that nobody was hurt.