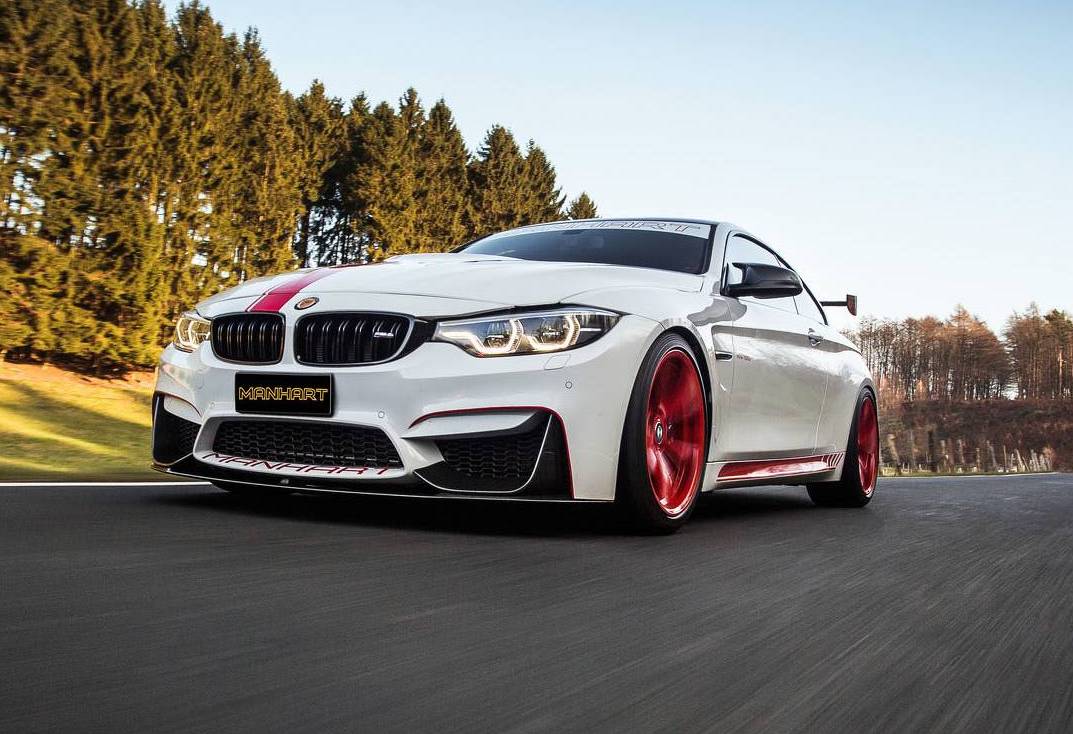 Renowned BMW tuner Manhart has developed a complete upgrade package for the BMW M4 which transforms the already track-suitable sports car into a full-on track weapon. Say hello to the new Manhart MH4 550. 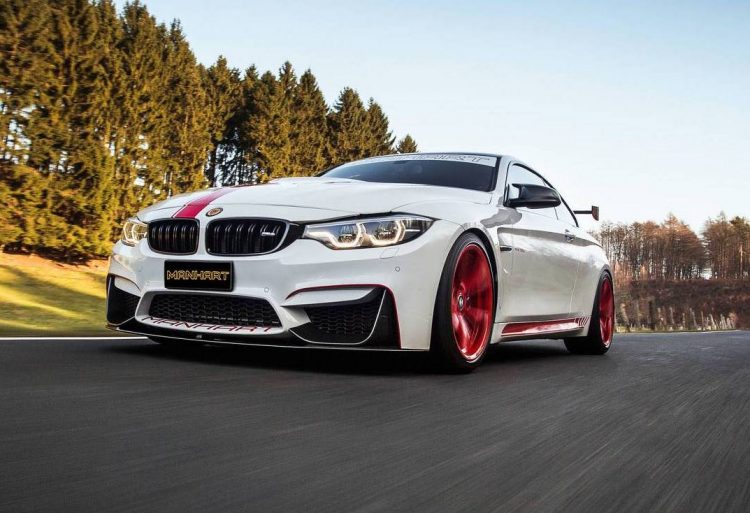 Based on the facelifted LCI M4, the new MH4 package extends on the previous edition by providing a bit more power and some unique and quite advanced aero features. Some extra attention has also be given to the exhaust system.

Under the bonnet, the S55 3.0-litre twin-turbo inline six receives a new ECU tune, while a special carbon fibre intake system designed by Eventuri has been installed to really boost air flow. Once combustion has finished, gases are exited through a new cat-less downpipe and into a Manhart muffler system with custom piping.

The result? Engine power grows from 331kW to 405kW. Torque is also increased from 550Nm to a seriously hard-hitting 820Nm. This increase in torque alone would be enough to totally destroy the rear tyres. Fortunately for the driver the wheels have been swapped and wider tyres are fitted. 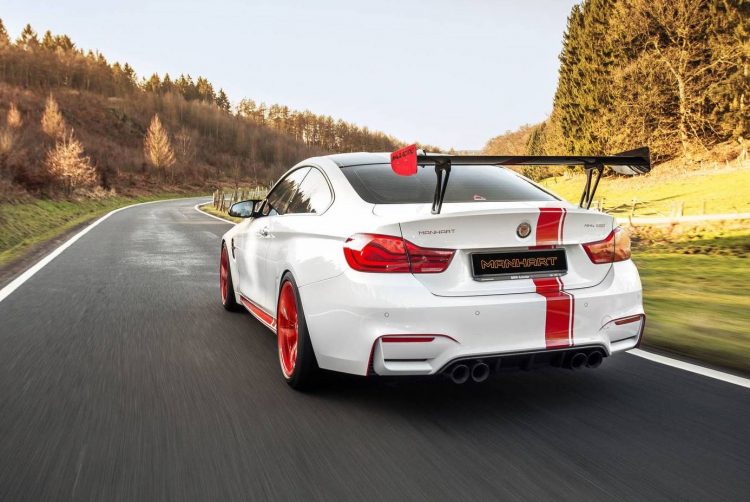 To help with handling Manhart has fit up some KW Variant 3 coilovers for a more nimble feel, also bringing the M4 closer to the ground for minimal body roll. Manhart says fast and tight corners are easy to take, even for unexperienced drivers, due to very precise steering and improved reaction.

As for that two-tone red and white exterior, Manhart has used some of BMW’s M Performance accessories to enhance to look. At the front is an M Performance front spoiler along with an M rear diffuser, both made from carbon fibre. Manhart has fitted its own carbon fibre bonnet though, with GTR carbon vents. Finishing it off is Manhart’s MH2 630 rear wing.

Lastly, the interior is also given a makeover, with a red roll cage installed and the rear seats removed, with black Alcantara trimmings, Recaro bucket seats in the front, and an M Performance Alcantara-wrapped steering wheel for the driver.

Although the M4 is already designed to be driven at the track, the Manhart MH4 550 provides a much more serious outfit and a lot more poke from the engine.