Infiniti is planning to unveil its next-generation SUV design language with something called the QX Inspiration concept at the Detroit auto show next week. The company has sent out this teaser image to build anticipation. 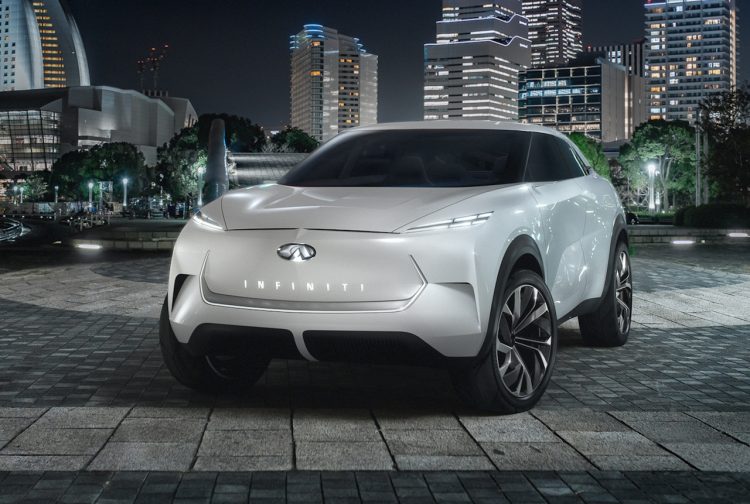 Following in a long line of ‘Inspiration’ concept cars from Infiniti, the QX is set to give us some clues of the new design philosophy that will be applied to the luxury brand’s upcoming SUVs. It also previews its plans for high-performance electric vehicles.

The QX Inspiration concept is built on an all-new platform that promises a spacious, “lounge-like” interior. Inside you’ll find handcrafted materials inspired by Japanese decor under the ‘omotenashi’ philosophy. This is made to present a welcoming environment that’s also highly connected and packed with driver-assist technologies.

As for the exterior, there’s a high waistline and low profile cabin glasshouse, with black A-pillars creating a floating roof theme. We only get a look at the front end, but it looks very athletic and futuristic. It incorporates a blocked out grille section, thin headlights, and a written Infiniti logo across the middle. Speaking about the design, Karim Habib, executive design director at Infiniti, said:

“QX Inspiration is the beginning of a new era for Infiniti, and an illustration of where we want to go with the brand. New technology has given us the opportunity to evolve our design philosophy – and the new vehicle communicates the ‘serene strength’ at our core.”

Details regarding the powertrain haven’t been mentioned, although it does use a fully electric system of some description. All of the details will be revealed on or just before the opening of the big Detroit event, on January 14.