At the Chicago Auto Show, currently underway, Volkswagen unveiled a unique performance version of the new Beetle, called the Volkswagen Beetle GSR Limited Edition. It harks back to the original 1303S from the 1970s. 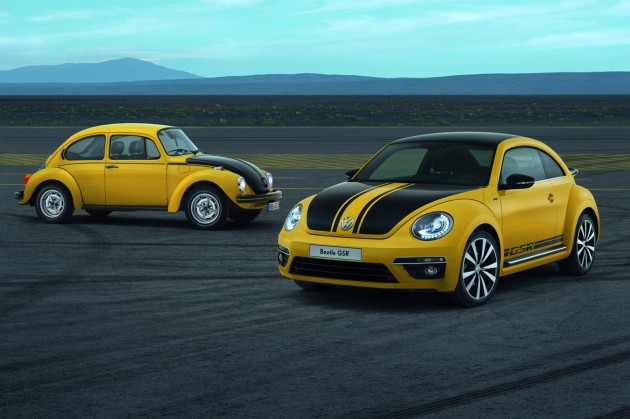 The special GSR – Gelb Schwarzer Renner (translated to ‘yellow black racer’) – edition comes with an engine borrowed from the Golf GTI. It’s a 2.0-litre turbocharged ‘EA888’ four-cylinder producing 156kW. It can be matched up to a six-speed manual or a six-speed dual-clutch auto.

Distinctive highlights for the sporty version include a discreet bodykit with an R-Line front bumper bar, a neat rear diffuser section at the back, and a set of 19-inch Tornado alloy wheels. 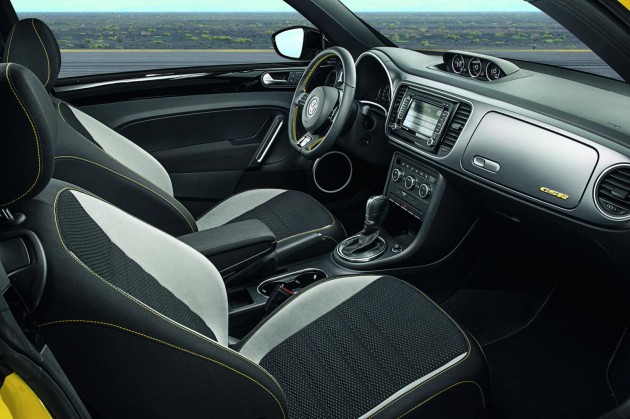 Volkswagen is planning to build just 3500 examples of the modern GSR, with around half of the production allocation apparently heading to the US market. It’s unknown at this stage if it will be made in right-hand drive.