Audi has announced it is now taking orders for the 2013 Audi RS 4 Avant in the UK. The new model will arrive during the third quarter of this year, and will go on sale in Australia during the first quarter of next year. 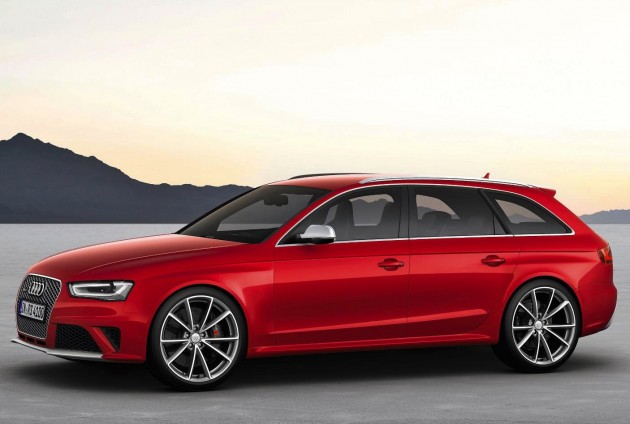 The new 2013 Audi RS 4 Avant is perhaps one of the coolest wagons around. It features a 4.2-litre naturally aspirated V8 engine producing 331kW of power and 430Nm of torque. The grunt is sent through a seven-speed S tronic transmission, and into Audi’s quattro all-wheel drive system.

The drive system is capable of distributing up to 85 per cent of the engine’s power to the rear wheels, or 70 per cent to the front wheels during certain conditions and demands. As a result, acceleration from 0-100km/h takes just 4.7 seconds. The top speed is limited to 250km/h. 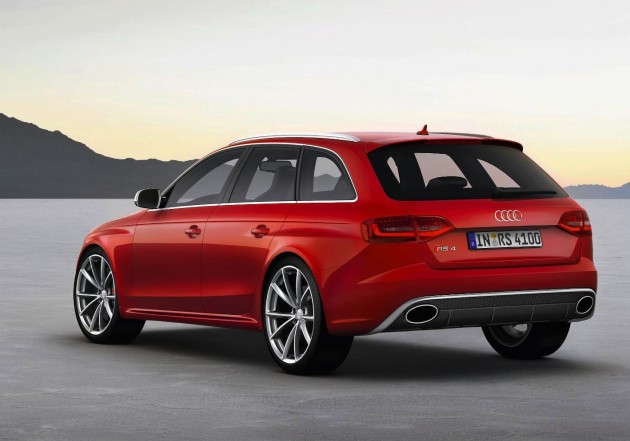 Optionally, the new model can be fitted with Audi’s Dynamic Ride Control suspension. The DRC setup can be further fined-tuned using the in-car drive select functions, with Comfort, Auto, and Dynamic, as well as individual modes. Altering these settings also influences the sports differentials, the throttle response, the steering weight, and the transmission’s shift mapping.

Also on offer as an option for the first time is a Sport Package. This includes the DRC handling kit, and includes a sports exhaust, dynamic steering, and a set of 20-inch alloy wheels. It’s unknown at this stage if the pack will be made available to Australian buyers.

More details on official local specifications and pricing will be announced closer to the car’s launch. We’ll keep you updated.