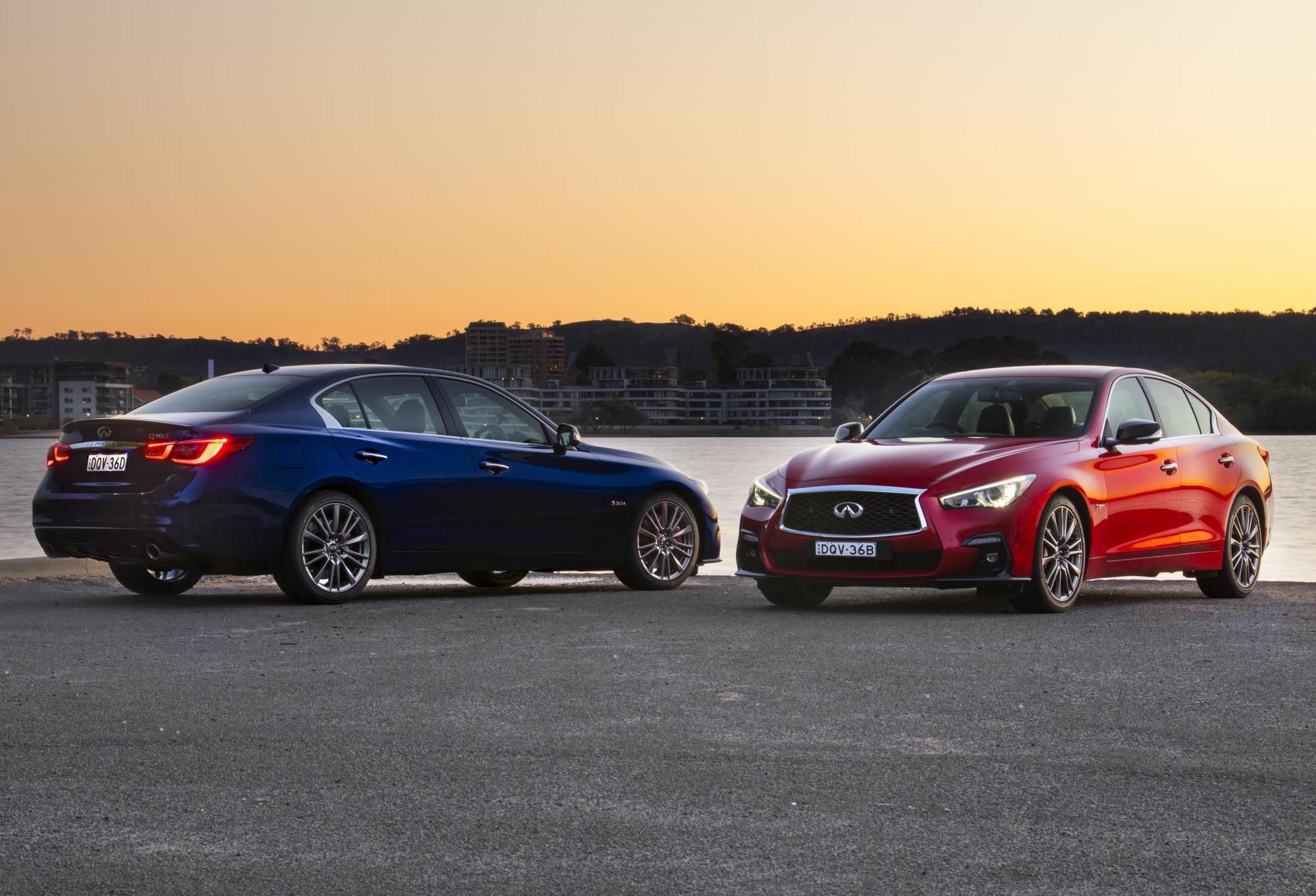 The 2018 Infiniti Q50 and Q60 lineup has been revised in Australia, with a streamlined variant range cutting unpopular models, and prices cut for most. 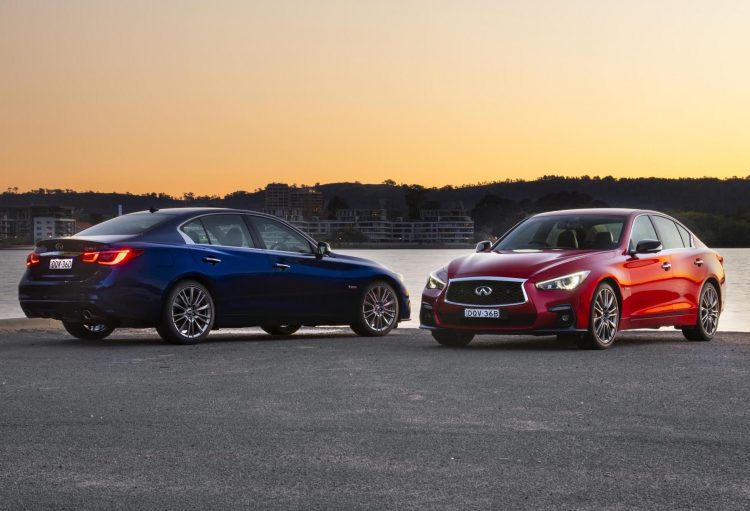 Starting with the Q50 sedan. This is the Japanese company’s answer to popular vehicles such as the BMW 3 Series and Lexus IS. The variant offering has been reduced from 10 to just five models, with the diesel removed from the range due to a lack of customer demand.

The hybrid version has also been reduced from RWD and AWD, to just RWD, while a new entry-level 3.0t V6 has been added. Buyers are offered the 2.0t, comprising of a 2.0-litre turbo producing 155kW, which comes in a new trim line called Pure. Infiniti claims 0-100km/h is possible in 7.2 seconds.

Stepping up from that is the 3.0t, which uses the ‘Silver Sport’ 3.0-litre twin-turbo V6 that develops 224kW. It’s available in Pure and Sport trims, each packaging distinct equipment and features. This engine comes with a seven-speed auto and rear-wheel drive. Acceleration figures aren’t mentioned (see our previous review and 0-100km/h video of the outgoing Silver Sport for more).

Moving further up, the 3.5-litre non-turbo hybrid is now called the Blue Sport. It continues to produce 268kW, and comes matched to a seven-speed auto. It used to be offered with either rear- or all-wheel drive, but this has been cut to rear-drive only. Infiniti claims 0-100km/h is possible in 5.1 seconds.

At the top of the range continues the 3.0t Red Sport. It comes with a tweaked version of the 3.0-litre twin-turbo V6, generating 298kW, as before. This variant comes with a range of sporty treatments and styling cues, and is regarded as the performance halo mode. Acceleration figures haven’t been mentioned (see our previous review and 0-100km/h video for more). Prices for the Red Sport have been slashed by $5000 – more on prices below.

All models come with a comprehensive twin touch-screen system inside, along with a range of luxuries and safety features as standard. Presented with these new prices, the updated range should stand out among customers as great value propositions, especially compared with the pricey competitors that offer similar or less equipment/engine power.

The new range goes on sale today, with prices starting from the following (excluding on-road costs):