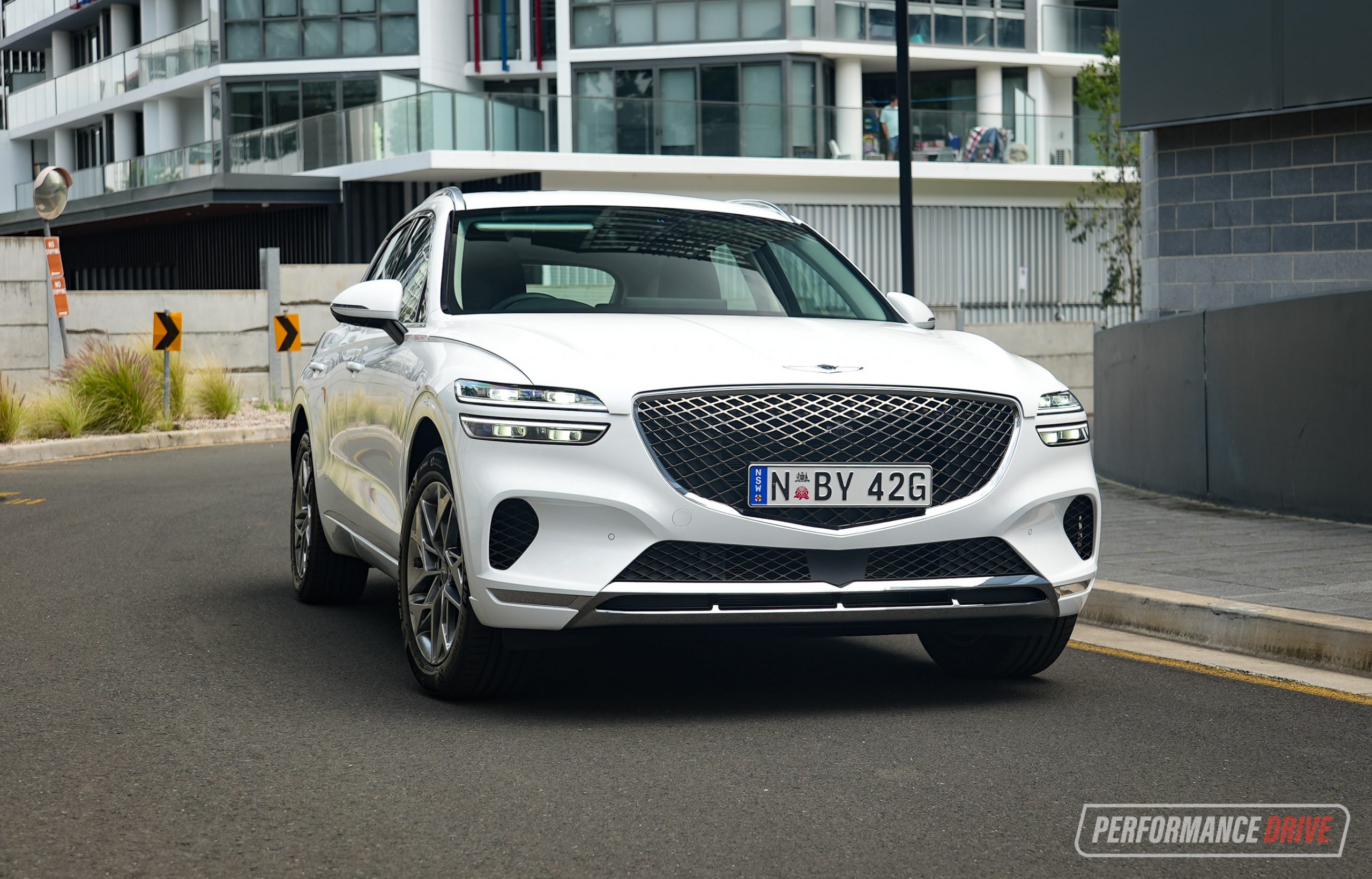 It’s the South Korean luxury brand spawned from the Hyundai Motor Group empire; Genesis. Since its launch in 2017, it has followed all the luxury vehicle rules in the book. Powerful engines, rear-wheel drive options, plush interiors, even poaching former designers and executives from Lamborghini, Mercedes-Benz, and Bentley. It’s easy to guess which brands Genesis has in its sights. 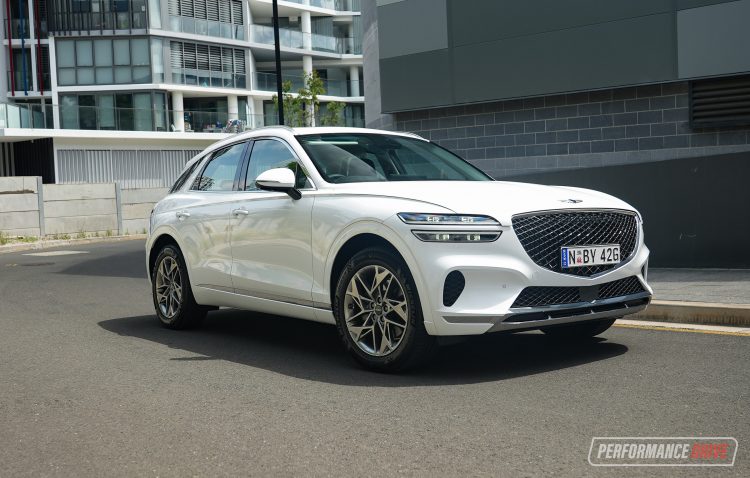 One of four models in the current lineup is the Genesis GV70. It plots itself in the luxury medium SUV category below the larger GV80 SUV. The GV70 is based on the G70 sedan and comes in four equipment grades: standard, Luxury, Sport Line and Luxury Sport Line.

Here, we’re excited to test the absolute entry-spec rear-wheel drive 2.5-litre four-cylinder petrol version. Prices start from $66,400 (excluding on-road costs). And for that you also get world-class aftersales care, including a five-year and unlimited kilometre warranty, five years of free roadside assistance, and free scheduled servicing for the first five years or 75,000km. That’s not capped-price servicing, free servicing. That is an excellent and needed assurance from a brand trying to make a winning impression in the luxury car market. 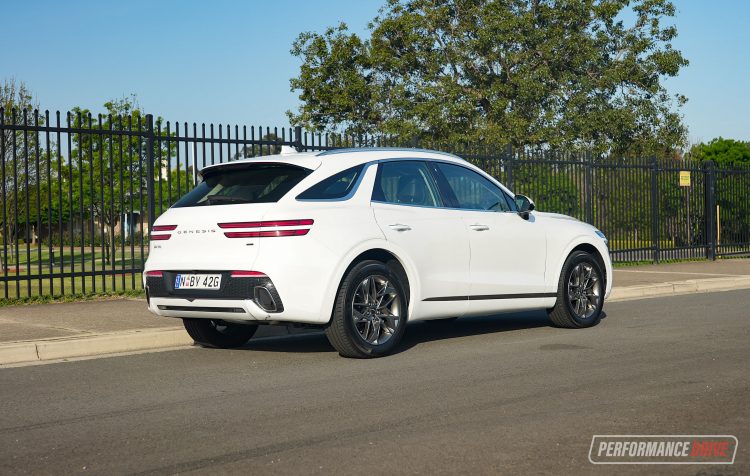 Being a relatively new brand, the Genesis identity is still unknown to many. But it embodies a design that shouts luxury, athleticism, and elegance. Until that design becomes better known, you would be forgiven if you confused the GV70 for an Audi or even a Bentley. A consistent Genesis theme is showing among its own lineup as the GV70 shares many design elements of other models.

The front showcases a two-stripe quad lamp design that surrounds a prominent crest-shaped grille. Flat and smooth shapes are the theme to convey aerodynamics and speed. Though, the bonnet has an oddly designed overhang which looks a little peculiar. To be sure it was as designed, we confirmed our test vehicle had not been in an accident. 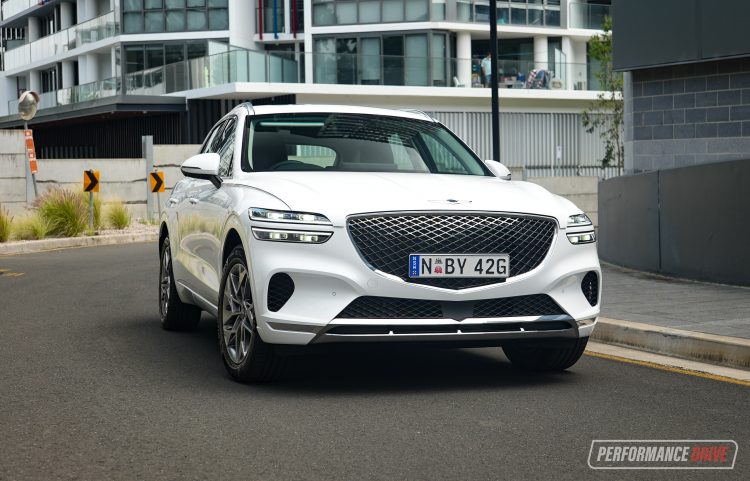 A long bonnet exhibits its rear-wheel drive bias like a roadster. But it also bulges, which impedes on getting a grasp of the size of the car when driving. The rear replicates the front with similar two-stripe quad taillamps and a smooth, rounded overall shape. It stands out from the crowd with its audacious and powerful-looking exterior.

The interior exhibits a more elegant than sporty approach. It presents beautifully with real brushed aluminium components that flow around the dash and into the door skins. Leather seats and dash materials feel premium in quality like a luxury SUV should. The layout is notably uncluttered, driver-focussed, and practical. Genesis calls it ‘Beauty of White Space’. Elliptical shapes highlight a sense of volume and openness. The 2.5T misses out on a suede-feel roof-lining (only available in the 3.5T), which would just bump the interior’s presentation to a royal status. 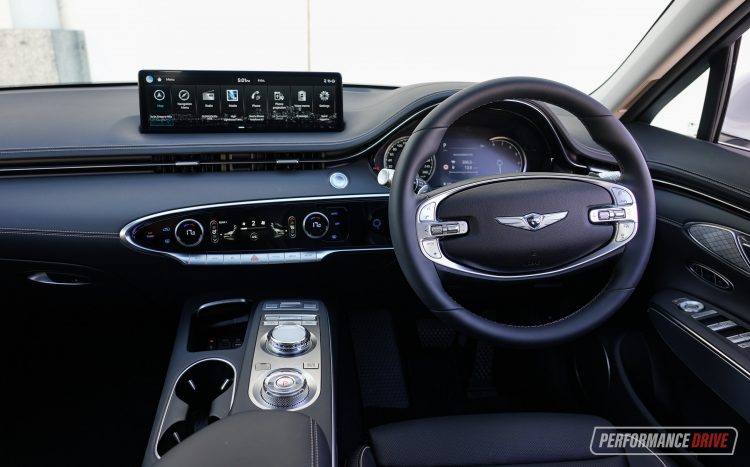 Up front and centre we see a huge 14.5-inch touch-screen. It is brilliantly clear and easy to navigate with a control wheel near the gear shifter to move a cursor, and a handwriting recognition pad. Further down is the air-conditioning display panel that incorporates a haptic touch-screen. This is where the surface of the screen vibrates to give you feedback that it sensed your touch. The entire layout is well thought out and quick to grasp.

In terms of interior space, there is lots of room up front and ample space in the rear. Of course, the GV80 has more rear legroom if space is key for you. The glovebox could also be a little bigger. Practicality and comfort is at the forefront everywhere else though, with a rare electronically adjustable steering column as standard, rear window sun blinds, and Hyundai/Kia’s handy passenger seat adjustment buttons on the driver’s side. To give it that real luxury vibe, and to separate it from the rest, rear climate control and rear seat warmers can be included. 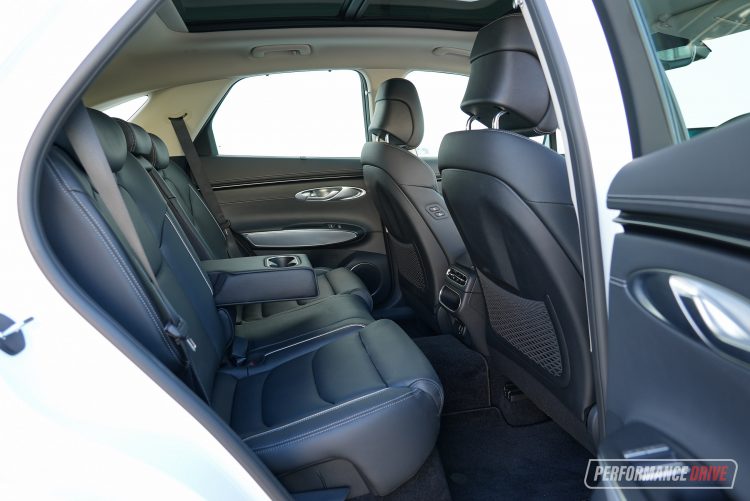 The shape of the rear end slopes gradually, which eats into the boot space when it comes to transporting bulky items. But actual volume is still commendable. At 542 litres, it is just shy of the BMW X3 and Audi Q5’s 550 litres. Laying the rear seats flat increases the space to 1678 litres. 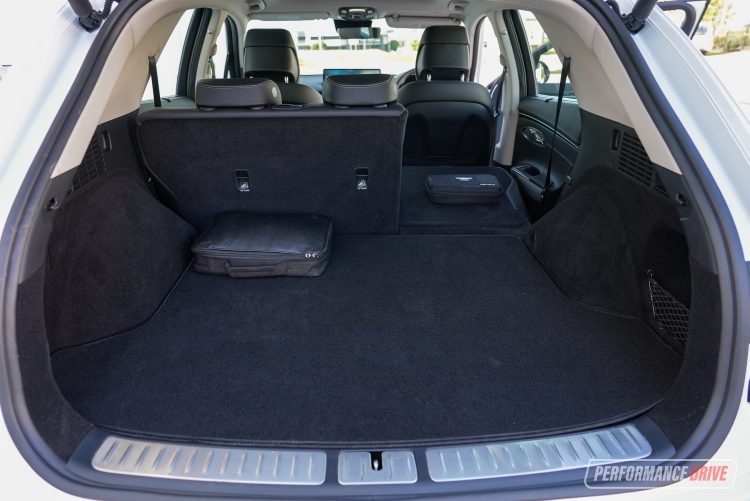 As the lowest spec petrol engine in the range, Genesis is generous in the performance department. The 2.5T outputs thrill like any luxury car should. Especially when that thrust is coming from the rear wheels. Other luxury German brands all have less powerful engines to start their range, but the 2.5T jumps to the chase.

Acceleration from 0-100km/h is claimed in just 6.1 seconds, and our test clocked it in 6.53 seconds. Most of the magic happens when the engine revs are high; and the engine feels comfortable revving up. That is only once you get past some notable throttle lag. Even though it’s not a diesel engine, 422Nm of torque is enough to eat up any hill with confidence. 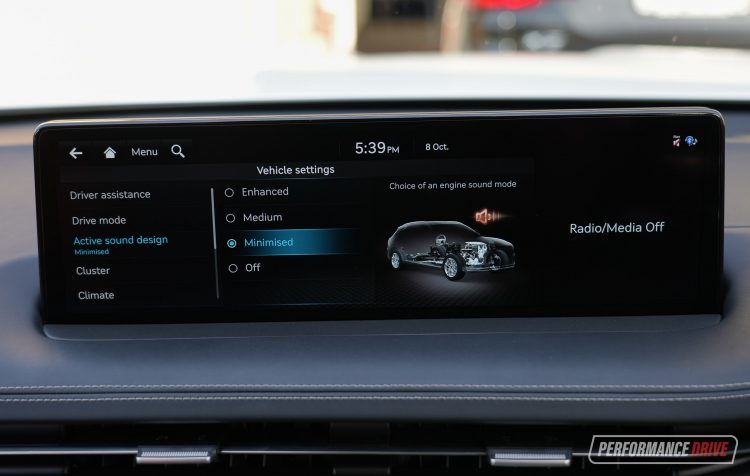 Unfortunately, fuel consumption is not a strongpoint for the GV70 2.5T. In today’s eco-conscious world, an official average consumption of 9.8L/100km is much too high for 224kW of power. Our test revealed even worse, with 10.9L/100km over a week of testing. Our driving also consisted of about 500km of highway touring too. It’s not a light SUV, weighing just under two tonnes, which would be a contributing factor to the high fuel consumption. A minimum of 95 RON petrol is demanded, increasing your fuel bill further, but this is common in the premium class.

It seems Genesis has made attempts to reduce that fuel consumption with a new coasting function. This is where the engine drops to idle speed when in motion when acceleration is not required – a bit like selecting neutral and rolling. But it doesn’t feel seamless in operation in our opinion. When it shifts to idle state, you feel a jolt, and then again when you apply throttle. It detracts from that luxury experience a little bit. 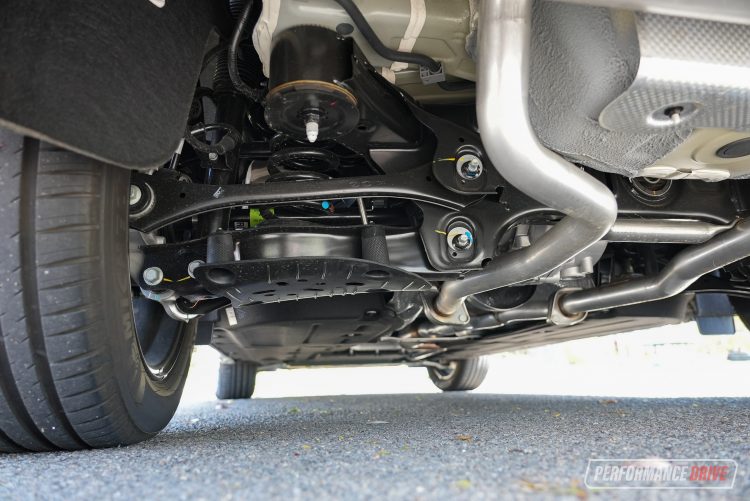 The GV70 adopts MacPherson strut and multi-link hybrid suspension at the front, and five-link arrangement at the rear. There are high performance dampers all round. Only when you opt for the 3.5T do you get adaptive control suspension with advanced road previewing technology.

Nonetheless, the 2.5T is biased towards being a comfortable cruiser than sports car in our view. It becomes a little wobbly on the handling front when taking corners fast and swapping directions. The fact that there is not a great deal of feedback coming back to the driver from the steering also hinders its dynamic performance. You feel a tad disconnected from the road with all that smoothness and cushioning. On the plus side, thanks to its luxury demeanour, the interior is blissfully quiet. Bumps are mute in the cabin and absorbed with confidence and composure.

You get a striking exterior design, a well-presented interior with high-quality materials, loads of features, and a crisp multimedia screen. On face value, getting all those aspects in a premium SUV for $66k is an outstanding deal. But can it win over the established German brands? This does not have that big-noting label that you get from owning a BMW or Merc. And this car market arguably survives on that materialism. If that is not an issue for you then we say dive right in and take advantage of all of that, and the excellent after-sales value.

PROS:
– Top quality materials and finish
– Brilliant 14.5-inch multimedia screen and haptic climate control touch-screen
– Striking design would have you confusing it for a high-end luxury brand
– Outstanding value and entry price
– Many standard features, some of which are only available on higher-specced rivals