Here’s one for all the pure muscle car fans out there. It’s a 1969 Chevrolet Camaro project by eGarage and Roadster Shop in the US, featuring a Nelson Racing Engines (NRE) 1491kW V8 engine conversion. 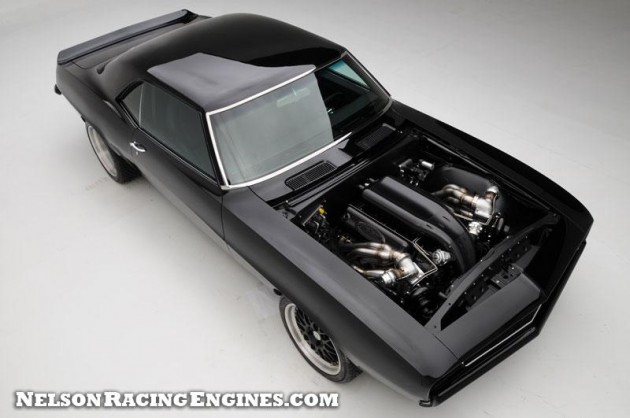 That’s 2000hp in a normal sedan-based coupe, or the power of four and a half HSV GTS sedans. eGarage and Roadster Shop have managed to keep the Camaro looking relatively tame too, with no supercharger unit towering out from an extensively hacked away bonnet.

All that grunt comes from a massive 9.4-litre twin-turbo (572cu) ‘Billet Blackout Series’ V8. It’s matched up to a six-speed manual transmission, sending power through a twin 10.5-inch clutch, and into a nine-inch Strange differential with 35-spline axles.

Performance figures are yet to be sorted, but with that kind of power on tap, traction is likely going to be the only thing holding this beast back from truly diabolical acceleration and quarter mile times. 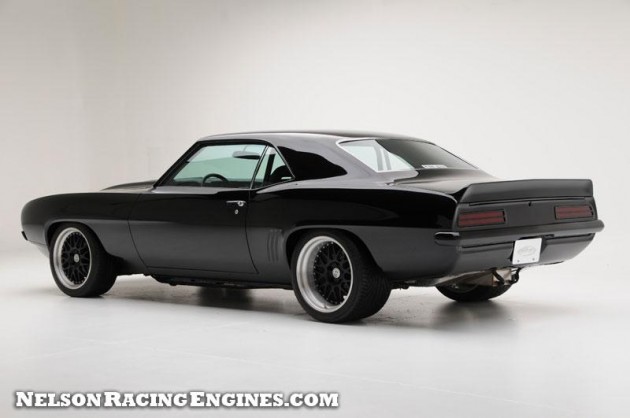 Underneath it all is a custom Roadster Shop chassis incorporating a bespoke fully independent front and rear suspension setup. There’s also a custom interior, fitted out with classically themed yet modern trimmings.

Other interesting highlights include a twin injector setup for the V8 which uses two injectors per cylinder. When the car is driving on 91 octane fuel, a second ‘octane on demand’ injector kicks in whenever the driver feels like giving the engine a decent poke. 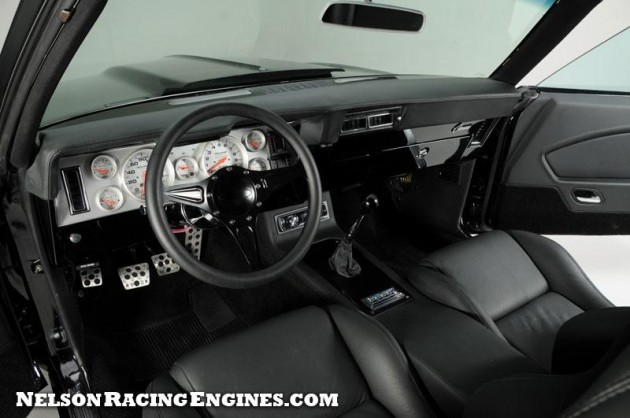 It also features four wheel disc brakes, a 304 stainless steel exhaust system with an X-pipe, and a set of HRE alloy wheels wrapped in drag radial tyres to help put all that power to the ground.