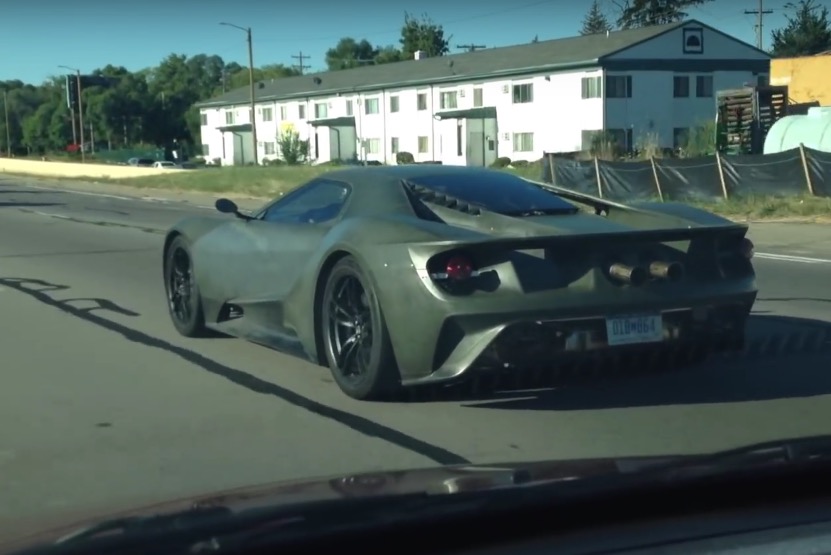 A prototype of Ford’s new GT supercar has again been spotted terrorising Detroit’s freeways. The unpainted carbon fibre body highlighting the lithe and dramatic design flourishes, as well as making for a distinctive and exciting spectacle for passersby. 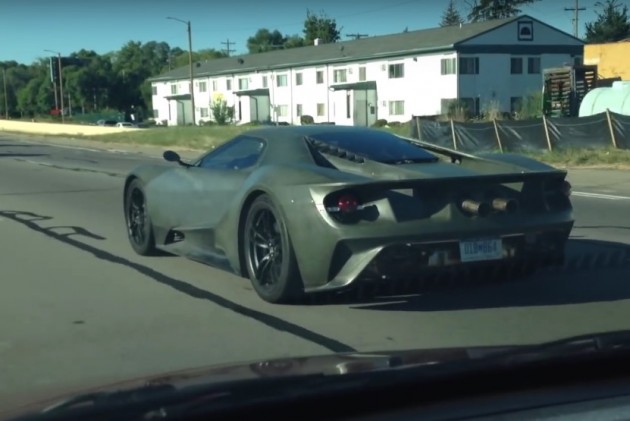 Testing is underway by the Dearborn giant to iron out any bugs before the late-2016 launch. The car is expected to be priced in hypercar territory – over $650,000 – with production capped at 250 a year to maintain exclusivity.

Power will come from an uprated, bespoke rendition of Ford’s ubiquitous 3.5-litre Ecoboost V6 – usually a twin-turbo stormer that reports for duty in American market Tauruses (Taurii?), F150s and Transits. It generates between 239kW and 542Nm, up to 283kW and 624Nm in the Lincoln Navigator. The GT’s motor will feature dry sump lubrication, and will be good for the magic 600hp number, or 447kW to you and I.

The body and engine will form the basis for Ford’s return to the Le Mans racing series, previewed when Ford showed a racing GT earlier this year.

The road-going version was previewed at January’s Detroit Motor Show and Ford has no intention to build right-hand drive versions despite its ‘One Ford’ global philosophy. See the video below for a preview of its street presence.