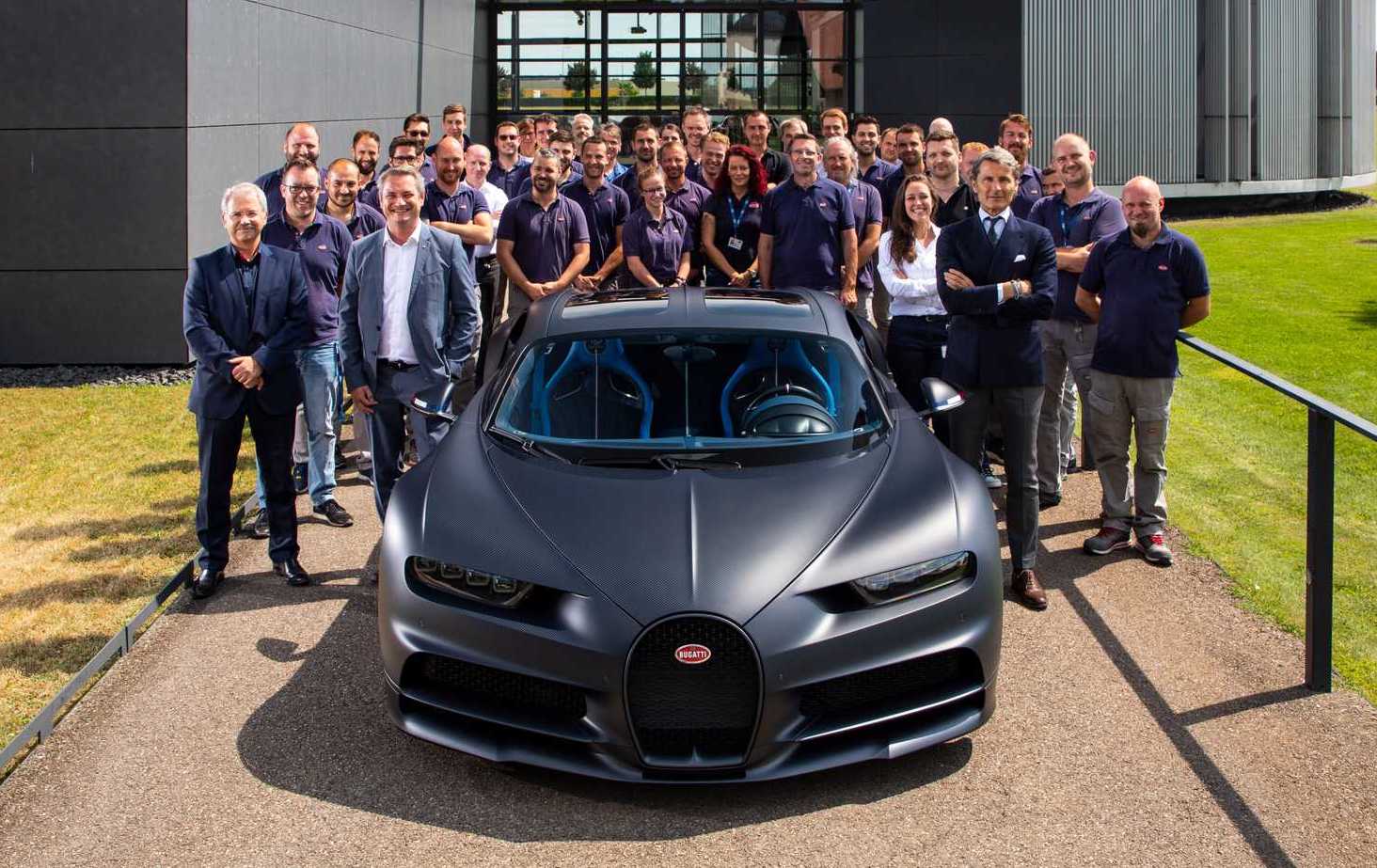 Yes, 200 Bugatti Chiron hypercars have now rolled off the production line at the company’s headquarters in Molsheim, France. 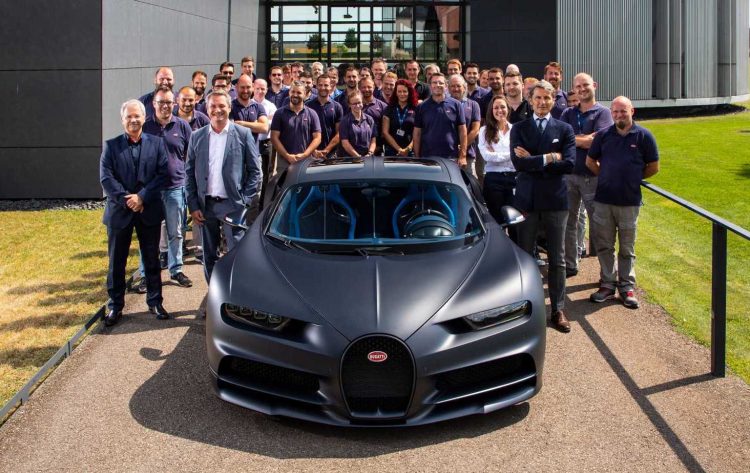 The 200th example wasn’t just a normal version, either. It was built to help celebrate Bugatti’s 110th anniversary and as such features a number of discreet highlights to mark the occasion. Officially, the model is being named the Chiron ‘110 ans Bugatti’ edition, adopting a unique tricolour theme and some subtle French flags.

To set the exterior apart from the rest the panels are showcased in naked carbon fibre, while the side mirrors feature French flags. Behind the massive wheels you might notice the equally massive brake calipers are painted in traditional Bugatti blue. 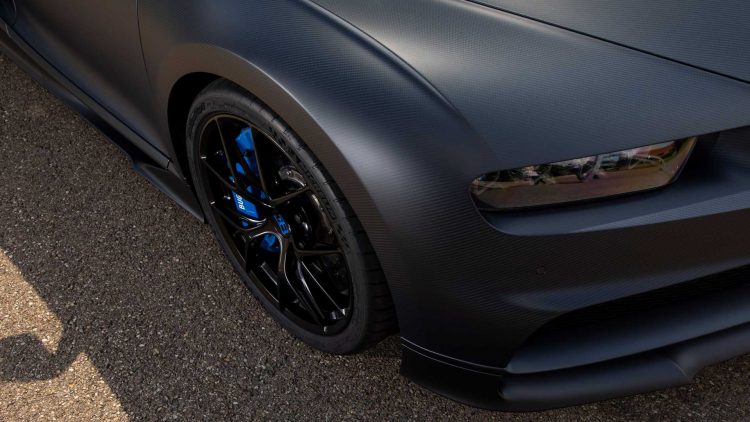 There’s also a ‘Sky View’ roof made up of two glass panels, and some engine components are painted in Steel Blue to hark back to the traditional two-tone theme of Bugatti vehicles made in the 1920s. Speaking about the 200th car, Bugatti president Stephan Winkelmann said:

“You can’t feel anything but pride when you see this 200th Chiron emerge from the factory. Also, this model marks the celebration of our company history and recalls our French heritage. The different shades of blue used on this Chiron Sport lend it a timeless elegance.”

Bugatti is planning to build just 500 Chirons in total, and says production has been slowly increasing since manufacturing first began in 2017. In the first year, 70 cars were made. And then last year, 76 were built. This year the company is on track to produce over 80 examples. Interestingly, Bugatti says there are around 100 examples still up for grabs.