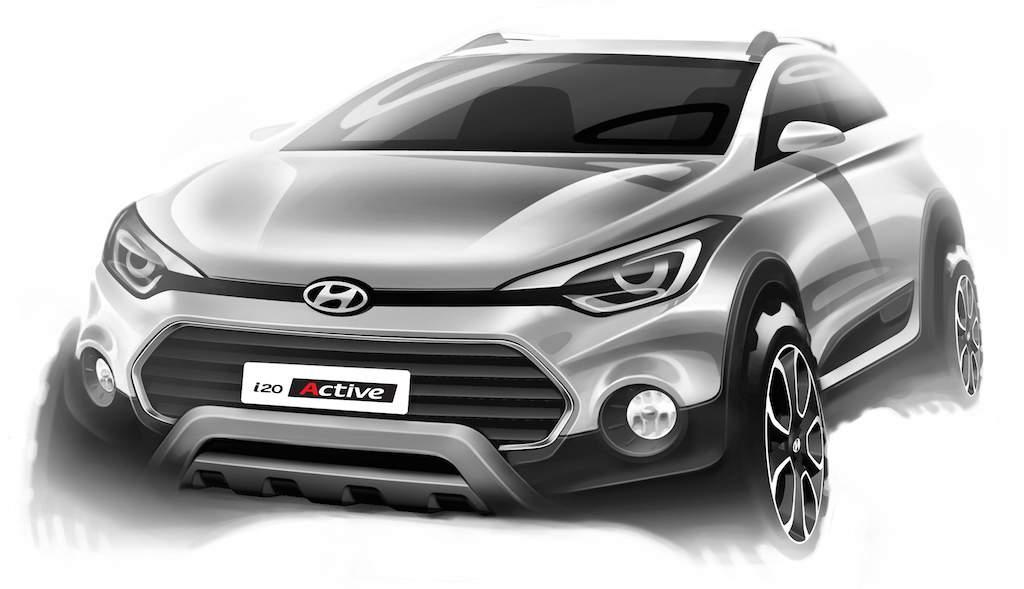 Hyundai will soon jump on the compact SUV bandwagon with an off-roader destined for showrooms based on the i20 hatch. The company has just released some preview sketches for some insight. 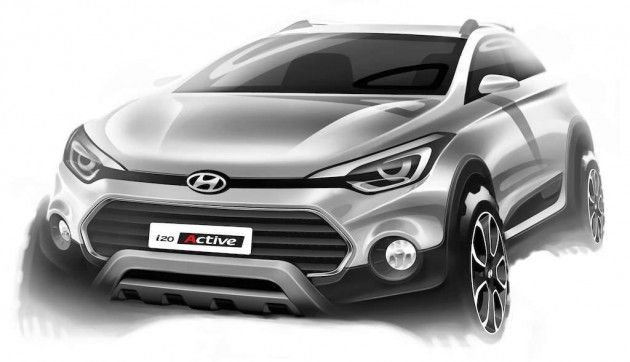 Called the i20 Active, the new model will be Hyundai’s answer to sporty little vehicles such as the Ford EcoSport and Holden Trax. It’s expected to share powertrains with the regular i20, potentially including a 1.2-litre petrol and a 1.4-litre diesel.

As previewed in the sketches, the little SUV is set to come with special styling elements, particularly applied to the lower half of the body. There’s the fashionable black plastic moulding around bolstered wheel arches, extending to the side sills, and a rugged bash-plate-style trimming for the front with a matching diffuser area at the back.

It looks like it will also come with special driving lights embedded into the front corners, unique bumper bars with black scratch-resistant sections, as well as roof rails to secure all of your camping gear and so on.

The overall dimensions of the i20 Active aren’t likely to be different to the regular i20, however, raised suspension will obviously increase ground clearance and raise the overall height of the hatch. Some slightly off-road-focused tyres may also alter some measurements.

Hyundai will unveil the finished product at the Geneva Motor Show which starts next Tuesday, March 3. Stay tuned for updates.