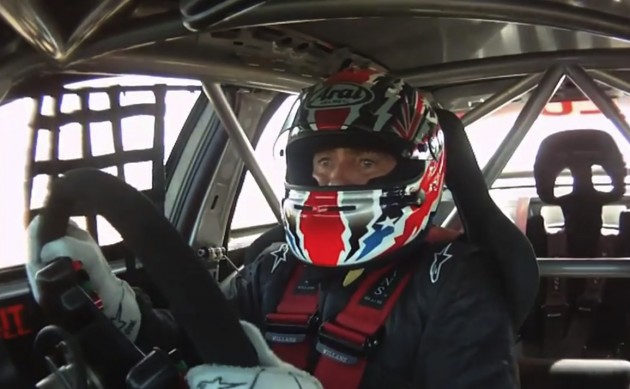 Doohan seemed to know his way around the 600hp HRT Commodore, giving it plenty of stick around Queensland Raceway and pounding through the gears.

In the end, Doohan says the drive was a lot of fun mentioning a few “loose” moments. Is the World Champ up for a V8 Supercar drive in the future? Not quite, Doohan said,

Good on ya, Mick. Nice driving.