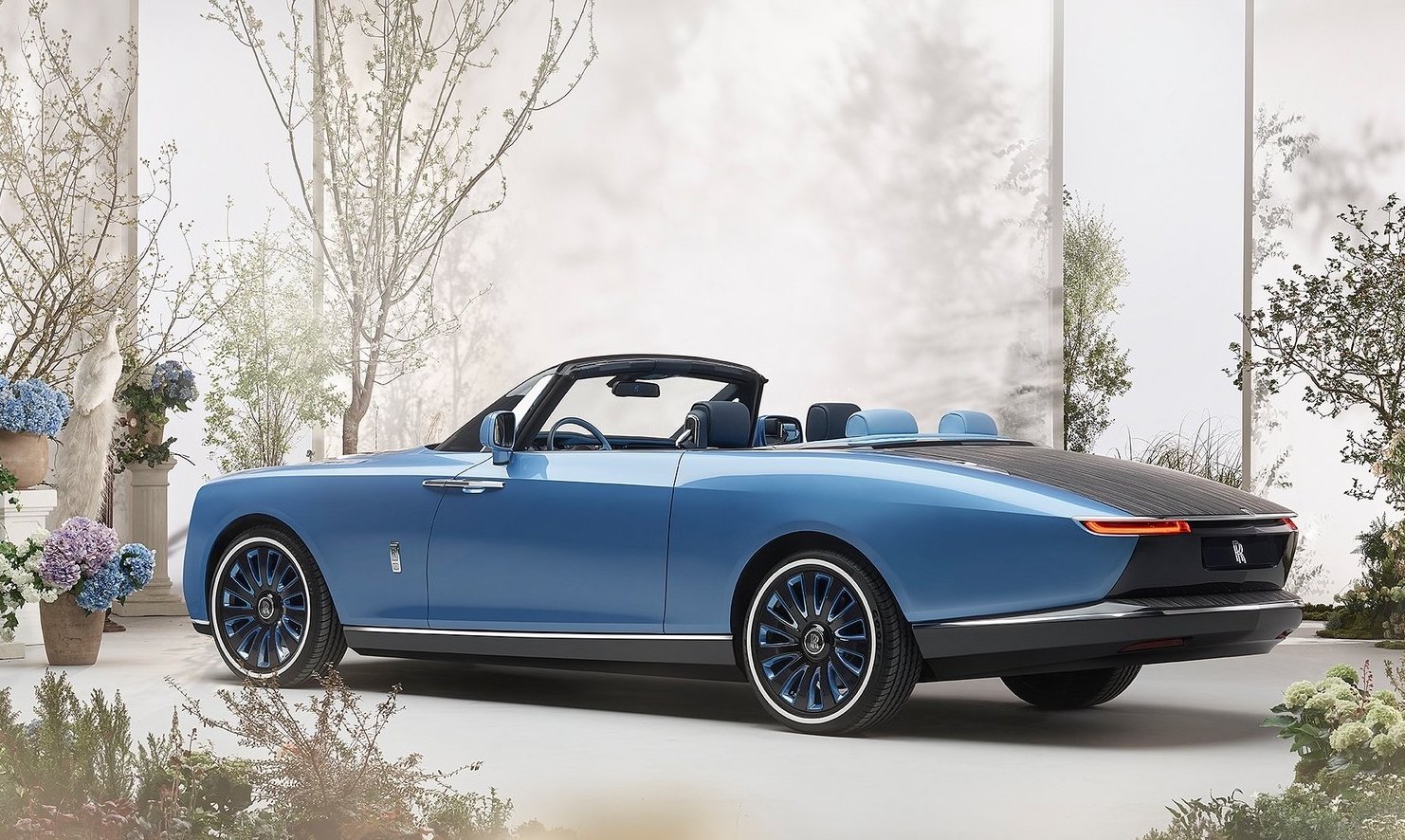 Look at this lovely piece of automotive excellence. It’s called the Rolls-Royce Boat Tail, and it is a demonstration of the company’s Coachbuild department which was recently confirmed as a permanent fixture for customers to utilise. 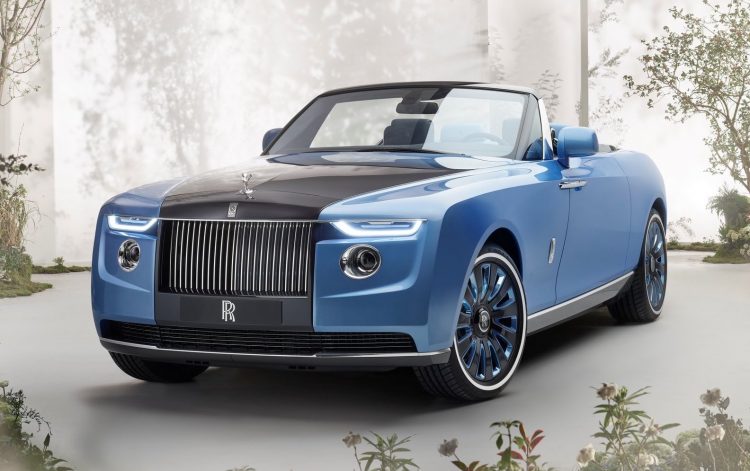 Coachbuild simply means it is a bespoke vehicle designed as per customer commission. In this case the Boat Tail is inspired by a 1932 Rolls-Royce Boat Tail – which was also a coachbuilt creation – and was a project four years in the making at the Coachbuild department. Alex Innes, head of Rolls-Royce Coachbuild Design, said:

“Coachbuild provides freedom to move beyond the usual constraints. Normally, there is a natural ceiling to Rolls-Royce Bespoke by way of the canvas. At Rolls-Royce Coachbuild we break through that ceiling, embracing the freedom of expression afforded by coachbuilding to shape a concept directly with our commissioning patrons.” 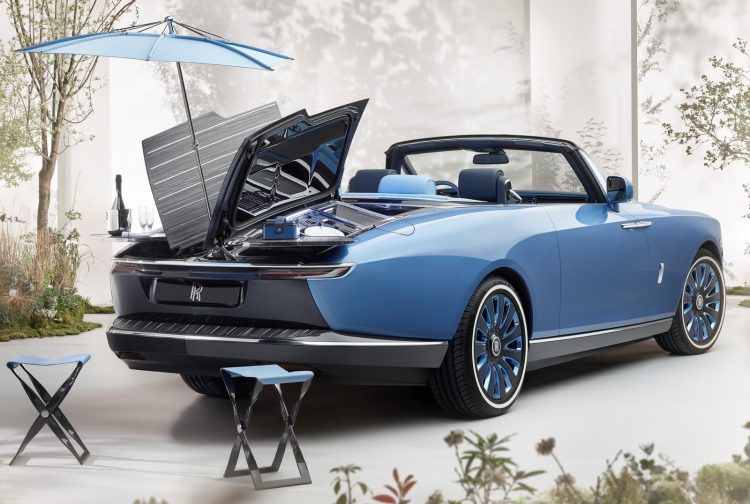 As such, the Boat Tail was commissioned by a “globally successful couple” who wanted to create a “response to a life of hard work” and success. They wanted it to be purposefully self-indulgent, Rolls-Royce says. And you can easily see that in the glorious design.

The front end resembles a modern Rolls-Royce theme, with squared-off corners and recessed headlights in a horizontal bar shape. There’s also an elegantly long bonnet and a beautifully-formed windscreen and A-pillar, with reverse-hinged doors for the ultimate entrance to any scene.

Down the back, along the smooth and uninterrupted lines, the tail comes to a romantic point where the huge rear guard panels meet. There’s also a thin taillight deeply set into the bodywork, which is quite different to the usual vertical arrangement applied to modern Rolls’ models. Alex Innes said:

“Rolls-Royce Boat Tail challenges the notion of what a motor car is and creates a new definition of what a motor car means. Boat Tail exists far beyond a mere means of transport. It is not just the method to reach a destination, but the destination itself. It is an ambition realised with a remarkable cohort of women and men who empowered the marque to create a concept of extraordinary scope.” 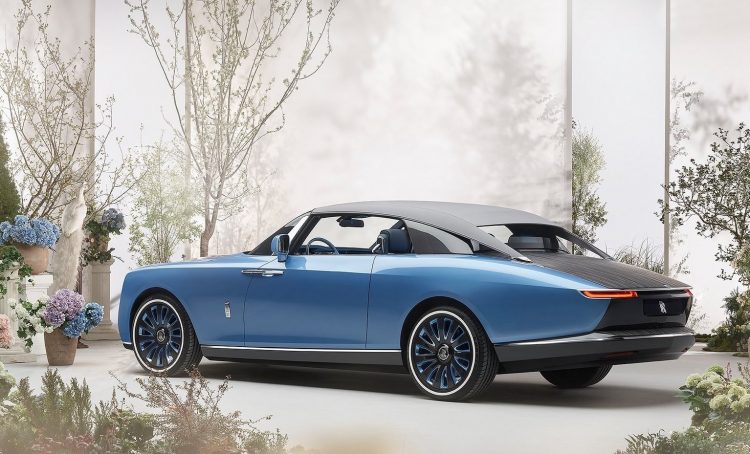 This isn’t a typical convertible. The roof can be peeled back, yes. But here the roof is completely removed. It attaches to a rear deck, made from fine wood, by hand. A canopy is stored in the boot in case of any unexpected weather.

Inside, the dash showcases unique BOVET 1822 timepieces which were specifically commissioned by the client, while the instrument panel is decorated in Guilloche, with a thin-rimmed steering wheel in two-tone featuring the colours of the commission.

Open-pore Caleidolegno wood is applied to various parts of the cabin, in anthracite, offset by the light blue and metallic surfaces. The wood is used for the lower cabin and floor area, giving off the impression of a wooden hull in a boat.

Overall, Rolls-Royce says 1813 completely new parts were made for the unique vehicle, with 20 collective years of engineering involved.

Obviously this is just a one-off project but if another interested punter out there wants to buy something similar, we’re sure the Coachbuild department can cook something up. For a price, that is.