Mercedes-Benz has been spotted in a pre-production version of the all-new Mercedes-Benz CLA-Class during a photo shoot in Iceland. The prototype is seen wearing no camouflaging whatsoever, while also showcasing what looks to be an AMG kit of some kind. Maybe this is the full CLA 45 AMG model? 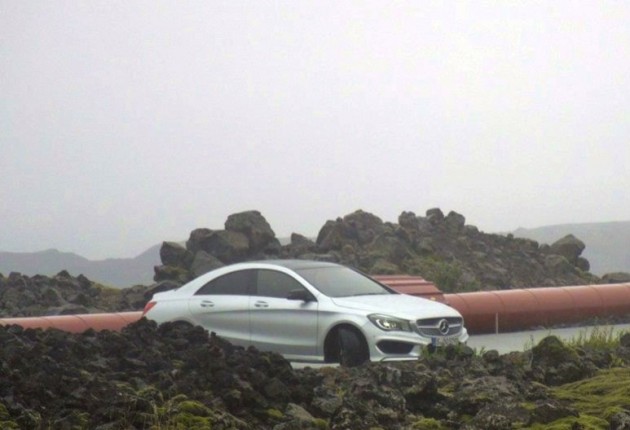 The new four-door coupe isn’t set to make an official appearance until the 2012 Paris Motor Show at the end of this month. This leads many to believe the car was out and about for a photo shoot in preparation for its unveiling.

Like with the new A-Class back in February, keen photographers were quick to find early prototypes during photo shoots just weeks before its unveiling too. 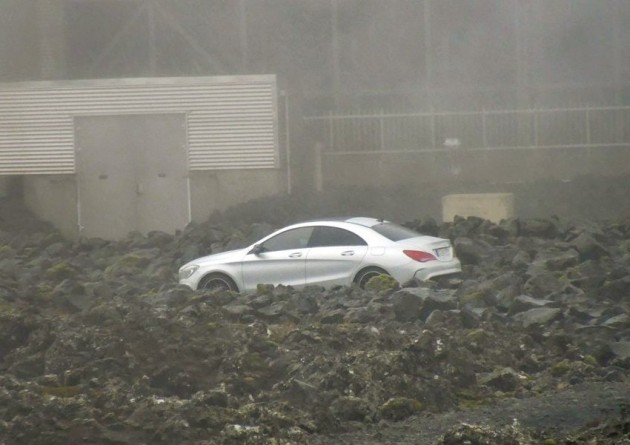 According to reports, this example is either the CLA 250 Sport with the AMG trimmings, or the full-cream CLA 45 AMG. It’s likely to be the 250 though as there doesn’t seem to be the trademark quad-outlet exhaust pipes poking out from the back. It’s also much more likely that AMG is still undergoing plenty of early test work on the CLA 45, let alone having a finalised one up and ready.

Even still, if this is just the Sport version, it does look impressively angry. There’s racy cutaways in the rear bumper bar corners, a full glass roof, and an aggressive front bumper bar with an integrated lower spoiler. It looks hot.

The CLA is based on the company’s new front-wheel drive MFA platform, which also underpins the 2012 A-Class and the new B-Class. The platform is also expected to spawn the small ‘GLA-Class’ SUV which will allow Mercedes to compete against the likes of the BMW X1 and the Audi Q3.

Powertrain options for the CLA-Class are likely to mimic what’s on offer in the new A-Class. This includes a range of turbo-petrol and turbo-diesel engines, with power outputs spanning from 80kW to 125kW for the diesels, and 115kW to 155kW for the petrol lineup.

The AMG version is set to produce around 250kW, as with the upcoming A45 AMG.