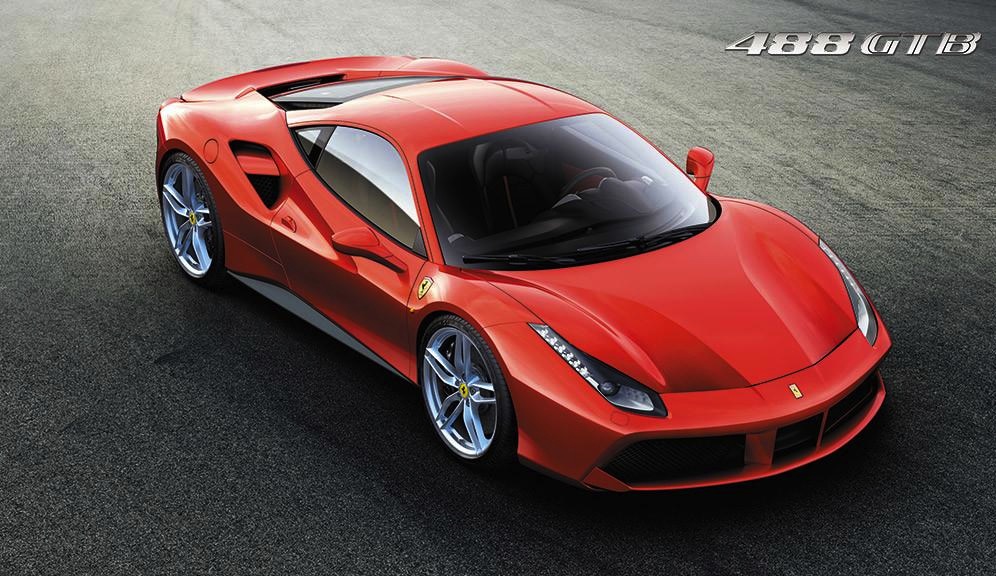 Ferrari has revealed the new 488 GTB, previously thought to be named the 458 M. It features a twin-turbo V8 for the first time, and is more powerful than ever. 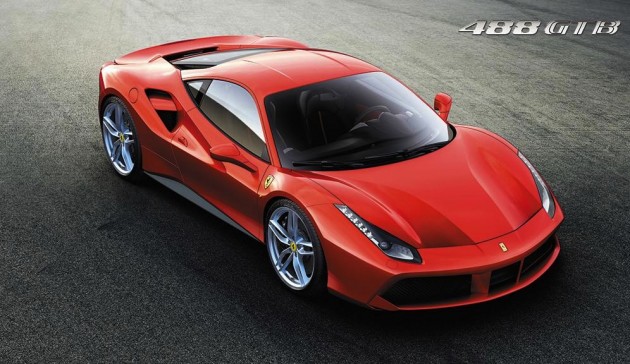 While the drivetrain is the similar to the outgoing layout, the transmission has been revised and now features a variable torque management system which can release the engine’s torque smoothly and progressively across the entire rev range, Ferrari says.

Another element that had to be changed was the exhaust system. Turbochargers inherently muffle engine sounds so Ferrari redesigned the system so that it creates a “full, clear, and totally distinctive” soundtrack.

Aside from the mechanical stuff, the 488 GTB essentially becomes the MY2015 458. In that respect, it has been given a healthy makeover in the design department. The front end features a larger intake with an F1-like divider, and a new lower spoiler lip with neat little extensions in the corners.

At the back it’s very similar to the regular 458. There are a set of new LED taillights though, a blown spoiler and active elements to increase overall downforce by 50 per cent. Under the car there are special vortex generators and new aero features too. Ferrari explains a bit about the overall dynamics of the new model, saying,

“The Ferrari 488 GTB’s subsystems and electronic controls make its power and performance instantly available and controllable. It is, in fact, the most responsive production model there is, with razor-sharp response times comparable to those of a track car.”

Taking a look inside and you can see Ferrari has administered some updates, including a new sat-nav control cluster, angled air vents, and a new instrument panel. Ferrari says the graphics and interface of the infotainment unit have also been completely overhauled. See below for the full specifications. It will go on sale later this year. 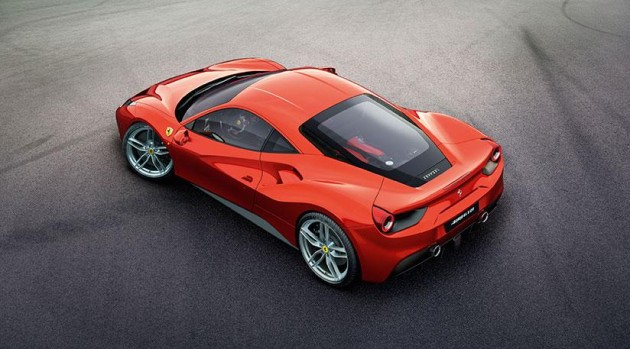