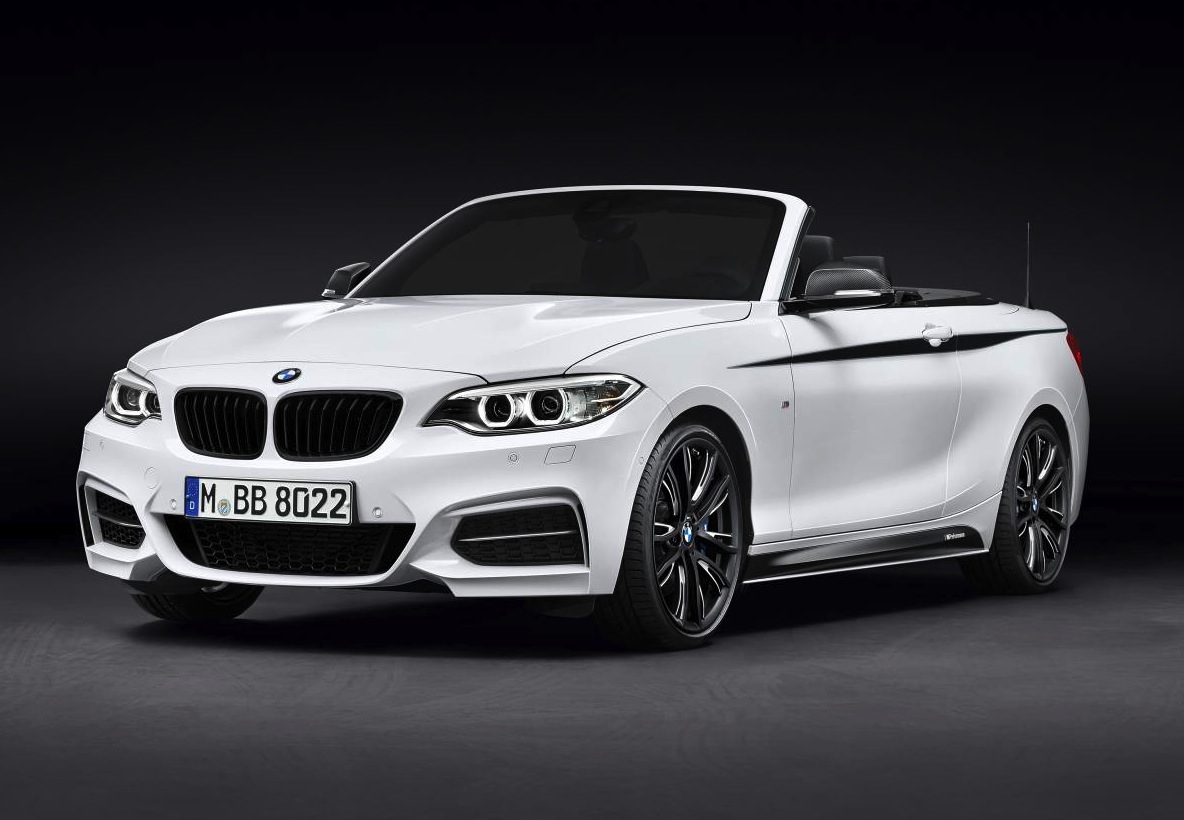 BMW has just launched a host of original “stylistic and technical” M Performance upgrades for the baby of its open-top lineup, the 2 Series Convertible. 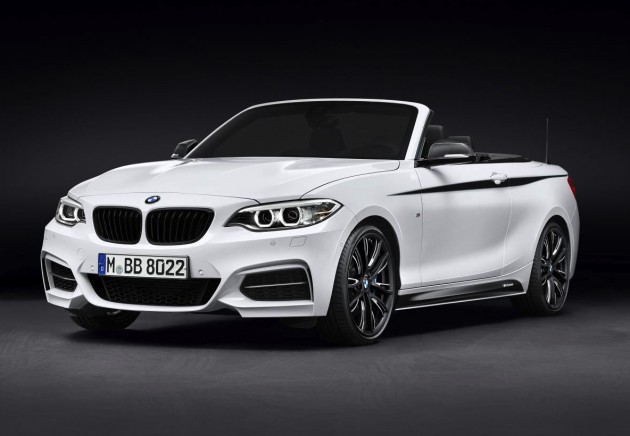 In terms of exterior options, BMW has introduced sporty side skirts, skirt decals with M Performance lettering, an exclusive front grille with black trim surround, and carbon mirror caps. Wheel options will include the 405 M and 624 M 19-inch wheels, with the 624 M items available in either matt black/milled, or polished. BMW has also included a stainless steel silencer with chrome tailpipes.

Interior-wise, there’s a host of options available, including carbon and Alcantara elements for the handbrake lever, gear lever, and centre armrest. There’s also the availability of an Alcantara steering wheel with carbon trim, which can be specified with or without the integrated ‘race display’. Other items include BMW floor mats with M Performance insignia, BMW M pedal covers and stainless steel footrest, LED door stainless steel sill plates, and a sporty key case.

BMW will also introduce an M Performance Power Kit for the 220d Convertible. In standard format, the 220d produces 140kW from its 2.0-litre turbo-diesel engine, however with the performance kit fitted power is lifted to 151kW, reducing the 0-100km/h time by 0.3 seconds. Despite the extra performance, fuel economy remains the same. 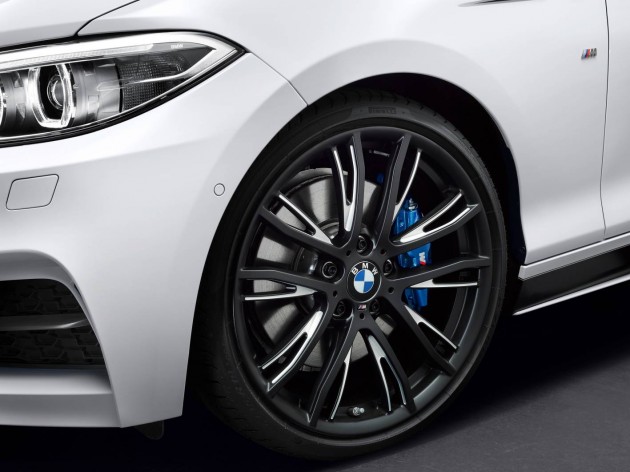 Fans of driving will no doubt like the optional BMW M Performance limited-slip differential, giving the tiny convertible improved traction off the line and out of corners. There’s also BMW M Performance lightweight sports disc brakes that aim to “optimise deceleration thanks to their special perforation and grooving”.