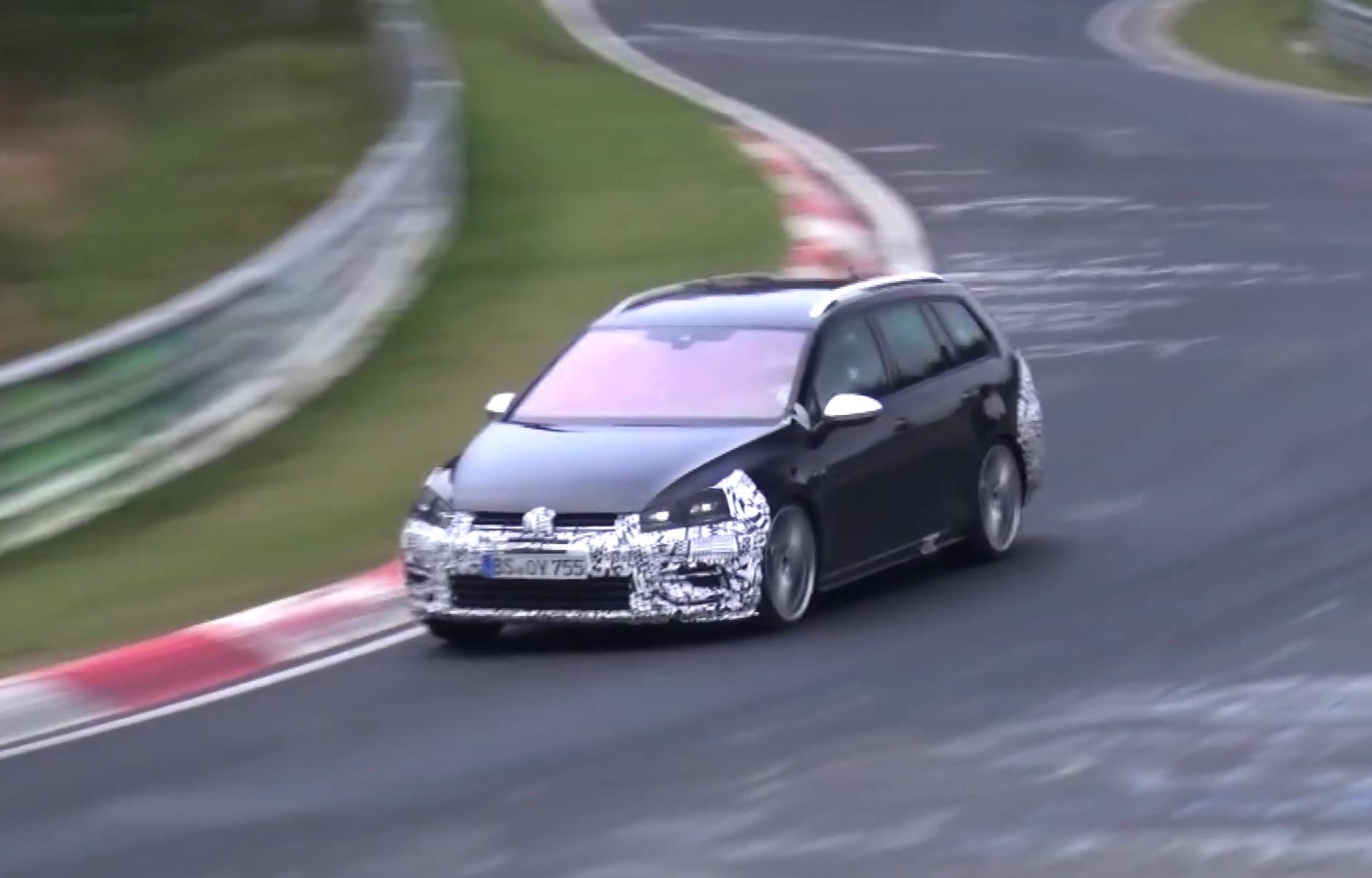 Volkswagen has been spotted once again hitting the Nurburgring in one of its latest prototypes, following yesterday’s Tiguan R spotting. This time it seems to be a facelifted version of the mighty Golf R Variant (wagon). 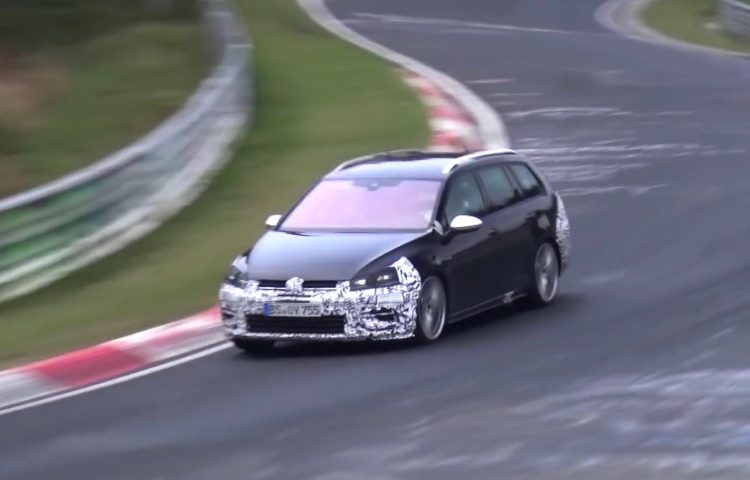 It looks like Volkswagen is taking testing very seriously, thrashing the prototype hard around the notoriously punishing German circuit. The company is likely nearing the end of the development phase for the new model, with this prototype featuring very little camouflage.

The Golf R is no longer at the top of the food chain in terms of performance. That honour now goes to the new GTI Clubsport (called 40 Years edition in Australia). It features more hardcore suspension, brakes, and aero enhancements over any other Golf, and it has posted the quickest-ever lap time around the Nurburgring for a front-wheel drive production car.

For the new Golf R Variant, industry experts are predicting a number of revisions, including slightly tweaked exterior styling with new bumper bars, new alloy wheels, and LED headlights and taillights. An updated interior with a digital display and a fresh 9.2-inch touch-screen interface is also likely.

In terms of under-bonnet hardware, the 2.0-litre turbocharged four-cylinder is expected to receive a kick in the guts. Peak power of 221kW (206kW in Australia) is tipped to top out at around the 230kW mark for the new model. It’s believed VW might replace the current six-speed dual-clutch auto as well, for a newer seven-speed unit, while updating the 4MOTION all-wheel drive system for better overall performance.

The Volkswagen Golf R wagon was sold only as a limited edition in Australia. Judging by the way all were sold out very quickly, the next version might become a regular part of the range. Take a look below for a preview.