If you’ve just bought the most powerful production Ferrari current on sale, chances are, you’ll be pretty content with the horsepower and the visual impact it represents. In case you’re not, Germany tuning company DMC has come up with an enhancement package. 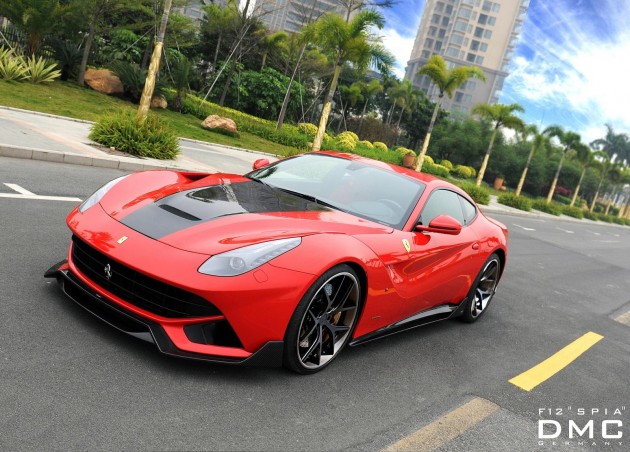 Other unique visual touches include black highlighting over the bonnet and roof, including an optional roof snorkel, which gives the F12 an overall two-tone theme, while a set of 21- x 9.5-inch front and 22- x 12-inch forged alloy wheels in chrome and dark grey top it off. 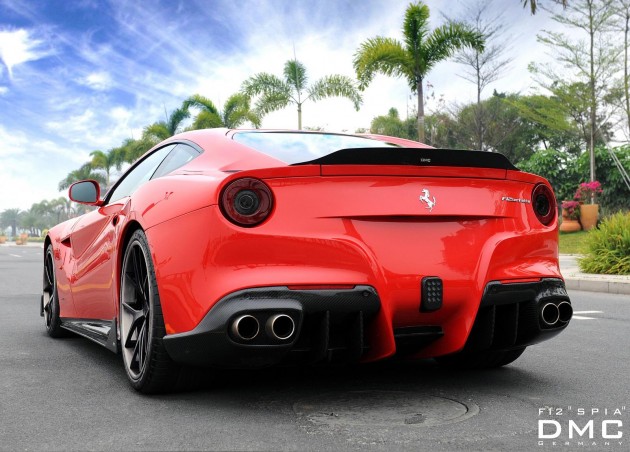 Under the bonnet, the 6.3-litre V12 monster – producing 545kW in standard form – receives a full titanium exhaust which not only frees up the flow of combustion waste, it also gives the V12 a glorious voice. Power is rated at 562kW.

Acceleration times figures haven’t been mentioned, however, DMC says the car will reach a top speed of over 350km/h.