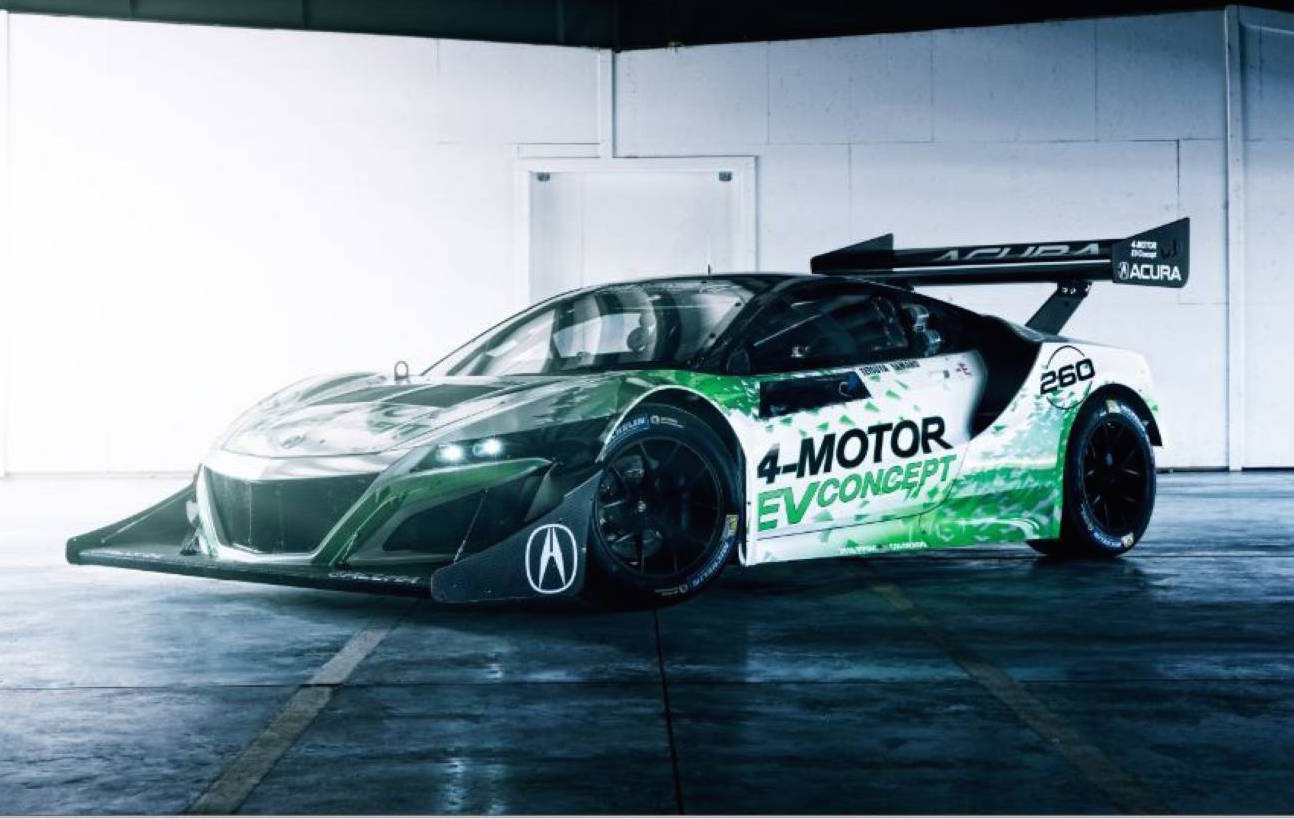 Honda has unveiled the crazy NSX-inspired race car it will use to compete at the 2016 Pikes Peak Hill Climb event later this month. 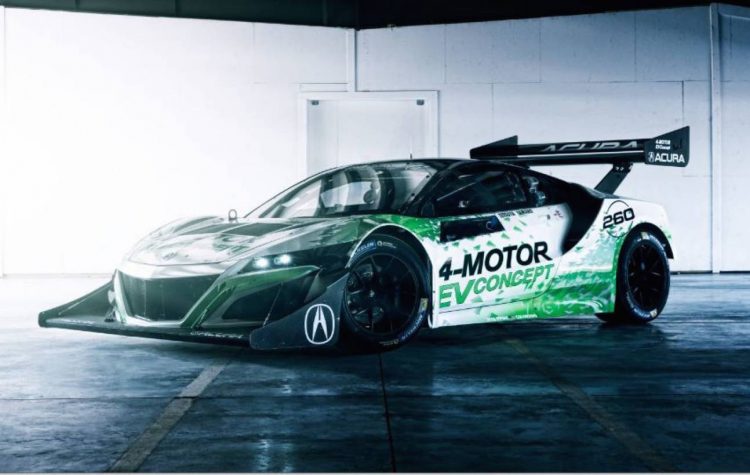 Although it is based on the new NSX, it doesn’t carry much over from the road car in terms of exterior design. The EV Concept’s body features a massive rear wing and deep front splitter to help press the car down onto the ground while sprinting up the climb.

You can also spot the large side air intakes just behind the doors, as well as the cool ‘4-Motor EC concept’ livery in green, appropriately. Tetsuya Yamano, the race car driver who will drive the machine at the event, said:

“We’ve been tuning the car for several weeks at Pikes and have advanced its performance significantly. We’re honored to be running at Pikes in this historical, anniversary year – an event respected by racing fans all over the world.”

Power is provided by a completely electric system comprising of two motor units at each axle. These then distribute power separately with independent control, providing instant acceleration along with full torque vectoring control for the corners.

Honda says the setup produces three times the power of last year’s electric prototype that tackled the hill climb. Speaking of which, the climb, now covered by sealed roads, takes drivers from 2862m above sea level, to the finish line at 4302m above sea level.

The special Honda will compete in the Electric Modified Class, joining the race-prepared new NSX that will also take part in the event. It runs on June 26. 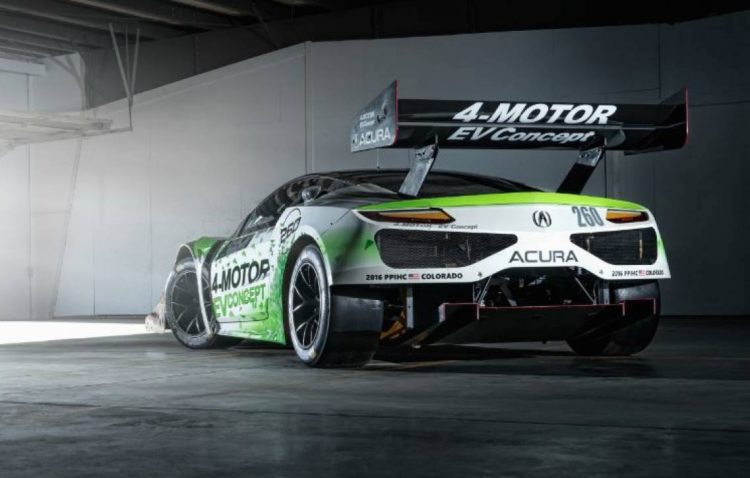