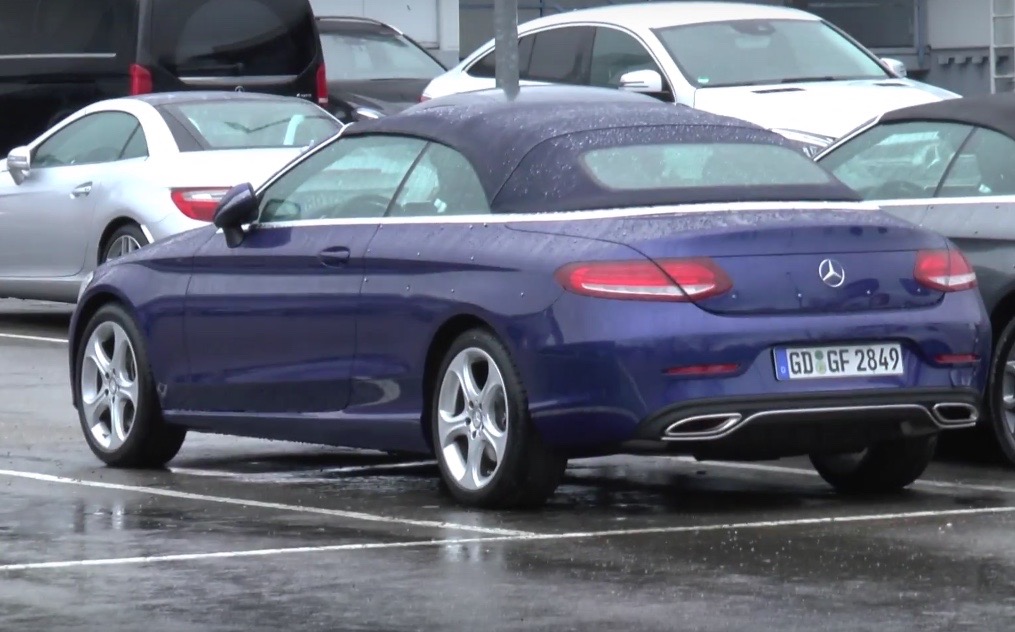 The new 2016 Mercedes-Benz C-Class Cabriolet has been spotted in all its glory in what appears to be a holding yard of some sort. 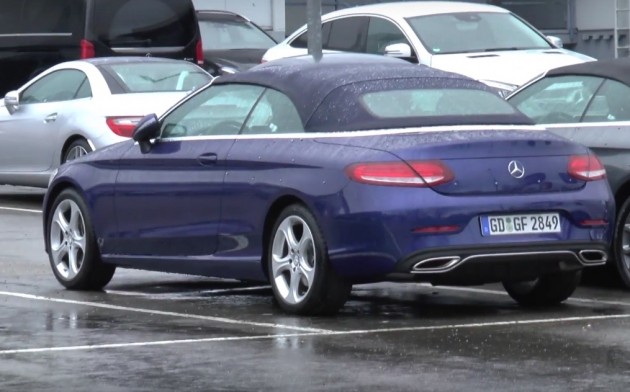 Mercedes has been previewing the model with a number of vague teasers but now we get a clear view of the sleek new drop-top. As suspected, the C-Class cabrio will follow in the footsteps of the latest S-Class cabrio in terms of design.

At the back are some flush-look taillights that seem to blend in with the panels, with a sporty diffuser section down below supporting dual spread-apart exhausts. There’s also a neat little boot lid and lip to finish off the rear.

Underneath it all is Mercedes’s latest MRA platform which is shared with the coupe brother. It sits lower, longer and wider than the predecessors, opening up more cabin space while providing a sportier footprint.

As revealed in a previous spy video, the new cabrio is likely to be offered with more extensive customisation options including various colour combinations for the roof and interior. The pre-production examples spotted below feature the usual black fabric roof but we have seen a red roof as well.

The new cabrio is likely to borrow the same powertrain options as the coupe, with a range-topping C 43 AMG model standing at the top with a twin-turbo V6. A bespoke AMG version is also expected, in the shape of a C 63 with a twin-turbo V8.

Given that these pre-production models appear completely undisguised, we’re guessing Mercedes will give the cabrio an early online unveiling soon before the big Geneva debut. Click play below to take an early look.