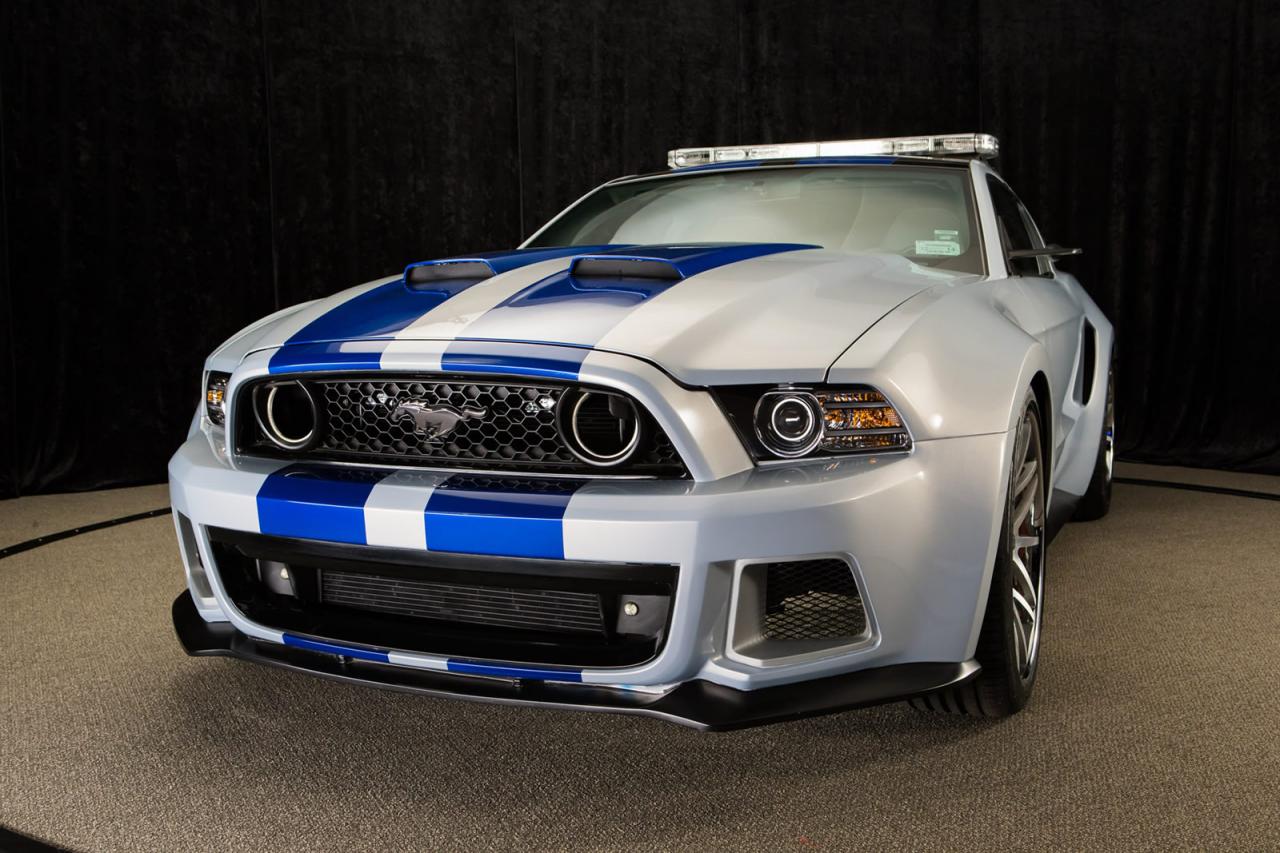 To help celebrate the upcoming new Need For Speed movie, a one-off Ford Mustang has been created which will be one of the stars. It will also be used as the pace car for the NASCAR Sprint Cup Series season finale this weekend. 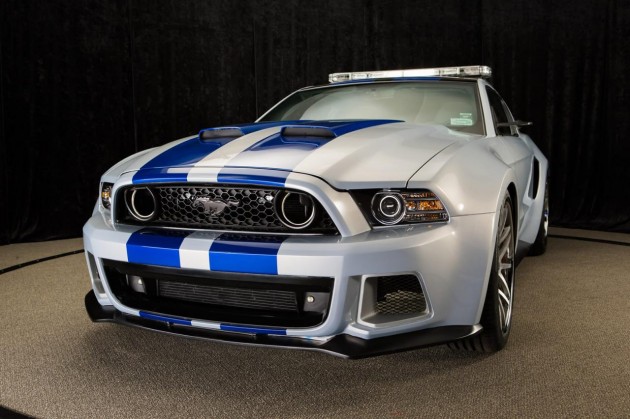 Dressed in a bespoke wide-body bodykit with fat flares to accommodate custom 22-inch alloy wheels, the Mustang is all about being as visually flamboyant as possible.

It shows off unique front and rear bumper bars, a chunky front grille and intake layout, and an aggressive rear diffuser and spoiler. There’s also sleeker side mirrors, huge bonnet vents and a pair of blue racing stripes. 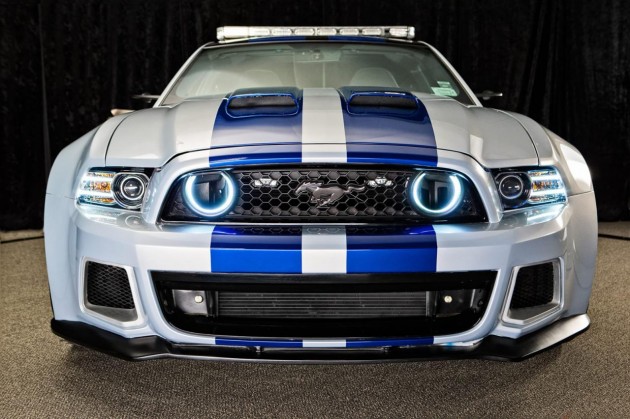 As for under-bonnet performance, Ford hasn’t mentioned anything specific. Fans will soon be able to drive the car themselves to test it out though, at least in the virtual world, as it will be available in the upcoming Need for Speed Rivals computer/console game.

The season finale of the NASCAR Sprint Cup takes place this weekend at the Miami-Homestead Speedway.