Remember the Mercedes-Benz SLS AMG four-door patent images that were leaked? AMG boss has now confirmed this vehicle will not go into production. 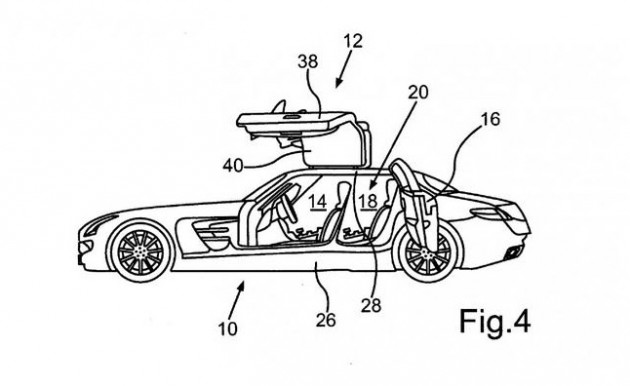 In a recent Autovisie report, AMG CEO Ola Kallenius said that the leaked patent images were simply of an earlier concept idea. He said there are no plans for the German company to build such a model.

The images show a unique four-door layout of the SLS AMG, with the current ‘gullwing’ front doors, paired with a set of conventional swinging rear doors. The latter providing access to rear seats.

The current SLS AMG is only available as a Coupe and Roadster, and is a strict two seater. More variants are on the way, including the recently announced GT, and the upcoming high-performance Black Series version.