Following in the sporty footsteps of the Citroen DS3 hot hatch, Citroen Australia has announced the Citroen DS4. Based on C4 and C4 Picasso, the new DS4 brings a slightly new car segment to the market. 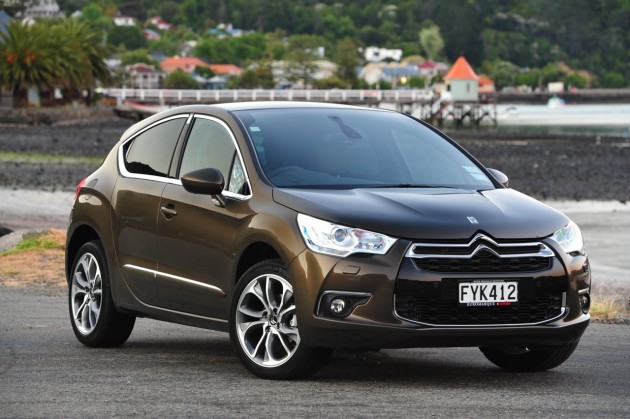 The local Citroen arm is planning to introduce the all-new Citroen C4 AirCross towards the end of this year, stretching the C4 lineup to cater for the conventional hatch (C4), MPV (C4 Picasso), sports hatch (DS4), and the SUV market with the AirCross.

Citroen says the new DS4 takes on the market rivalling a span of vehicles such as the Volkswagen Golf to the MINI Countryman, to the Honda Civic. It features sporty styling in true modern-day Citroen fashion, and comes in three trim levels and engines; the DStyle turbo petrol, Dtyle e-HDi turbo diesel, and the DSport turbo petrol.

The most powerful and sportiest of the bunch is the Citroen DS4 DSport. It comes with a 1.6-litre turbo-petrol four-cylinder engine producing 147kW of power and 275Nm of torque. It’s able to do 0-100km/h in 8.5 seconds, and hit the quarter mile in 15.8 seconds.

Next down is the Citroen DS4 DStyle. It comes with a 1.6-litre turbo petrol as well, only it produces 115kW and 240Nm. It’s able to crack 0-100km/h in 9.9 seconds, and complete the quarter in 16.3 seconds. It comes with an EGS sports six-speed automatic.

Making up the least powerful, but most fuel-efficient variant is the Citroen DS4 DStyle e-HDi. It comes with a 1.6-litre turbo diesel developing 85kW and 270Nm. With the help of technologies such as direct injection, it comes with a combined fuel consumption rating of just 4.4L/100km – DStyle rated at 6.5L/100km, DSporty rated at 6.4L/100km, strangely. The e-HDi accelerates from 0-100km/h in 12.4 seconds.

Inside, the Citroen DS4 is styled in a similarly funky theme as the exterior, with chrome trimmings, elegant shapes and contours. There’s also a panoramic ‘receding’ windscreen providing plenty of in-cabin natural lighting.

All variants have been rated five stars by Euro NCAP (ANCAP yet to test), and come with stability and traction control.