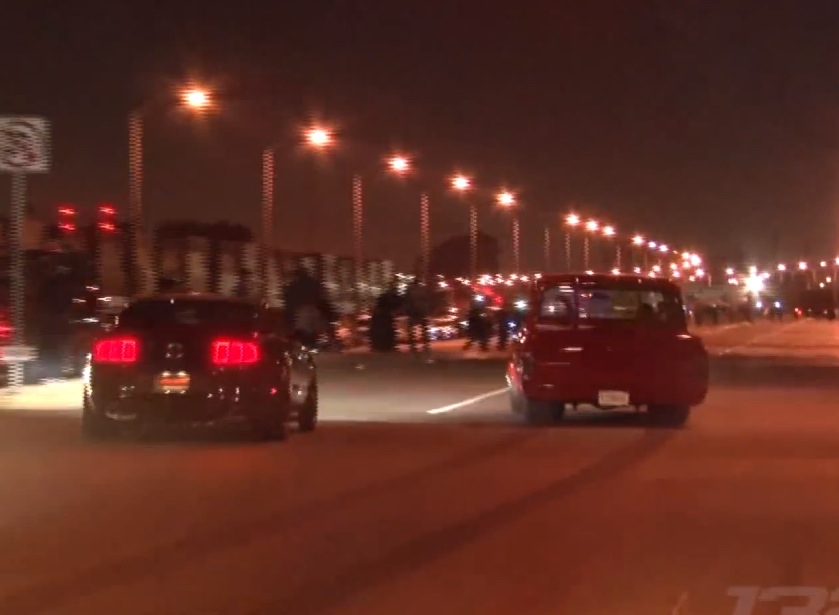 If you thought street racing was dangerous in Australia, get a load of what the guys in Los Angeles, USA do. Here’s an example of an insane street race between a 1000hp nitrous-injected 572ci Chevrolet C10 ute and a 700hp Ford Mustang. The C10, which is a full drag car with rear tubs and massive rear wheels, has a hard time getting the power down on the regular industrial park bitumen. (Please note, video contains a swear word near the end.)