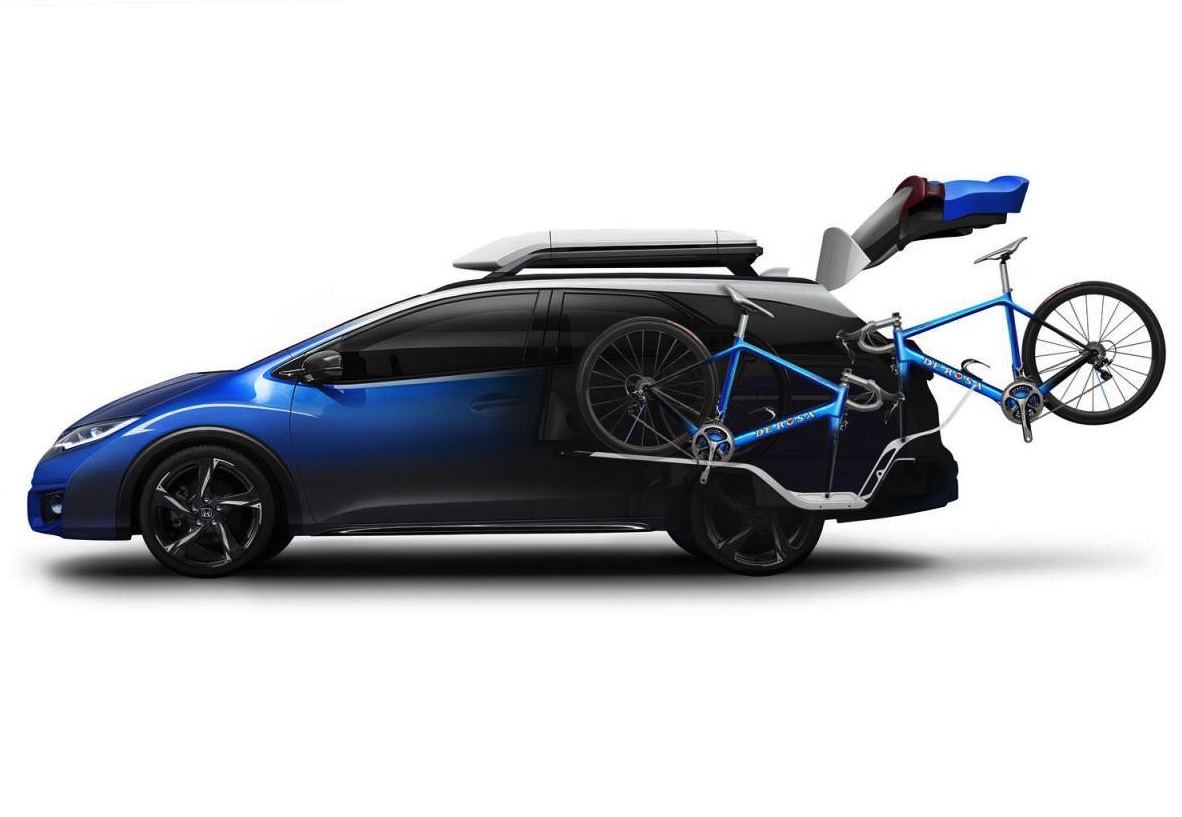 If you love cycling, you in particular will be interested in a new concept car Honda has just unveiled. It’s called the Civic Tourer Active Life concept, and, as the name suggests, it is for those with active lifestyles. 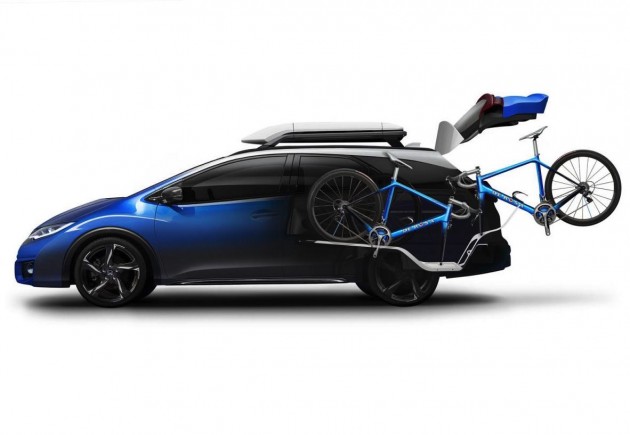 Based on the latest Honda Civic Tourer wagon, engineers have focused on modifying the cargo area to accommodate two push-bikes. On the floor of the cargo space is a special bracket that supports the forks of two bikes, with tracks for the rear wheels and a holder for the front wheel.

It doesn’t stop there either. The setup includes a retractable bench and tailgate light that allows users to make adjustments and maintain their bicycles even at night time. There’s also an air pump, tool box, water tank, and bottle holder.

Aside from the cycling-focused cargo area, the concept wears a special blue exterior paint colour contrasted with metallic grey lower sections, and a silver roofline. Honda has also developed a bespoke rear bumper bar and unique 18-inch alloy wheels to complete the look.

The public will be able to get a close look at the Active Life concept at the 2015 Frankfurt Motor Show which starts next week. Honda hasn’t mentioned anything about possibly releasing the bicycle kit as an optional accessory in the future.