A brochure – recently picked up by US website Jalopnik – has revealed some details of a special McLaren MP4-12C Project Alpha update package which gives the British supercar amped up styling. Just six examples will apparently be built. 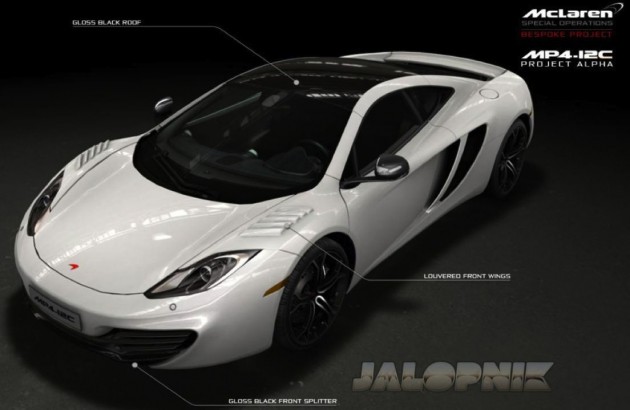 Giving the McLaren MP4-12C a bit more of a visual impact, the update package adds various body modifications including new vents in the front guards, various carbon fibre trimmings inside and out, and blackened details. Inside, the bespoke model gets an Alcantara makeover.

The new edition is built by McLaren’s Special Operations department, adding more spice to the sometimes criticizsd supercar. Critics have said in the past that the MP4-12C is too conservative, particularly from a styling perspective. The kit certainly adds a degree of aggressiveness to it. 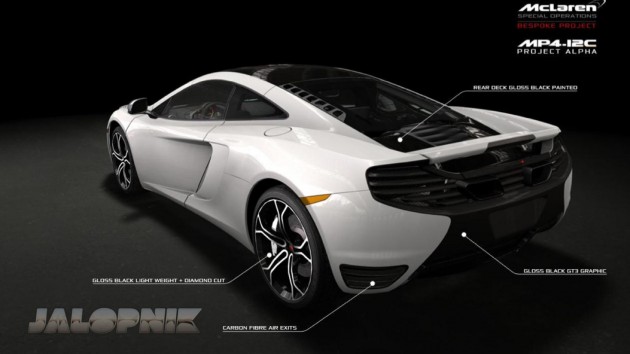 In the back the Project Alpha package features the 2013 MP4-12C model updated engine. This consists of a 3.8-litre twin-turbo V8 producing 460kW of power. Grunt is sent through a seven-speed dual-clutch automatic transmission.