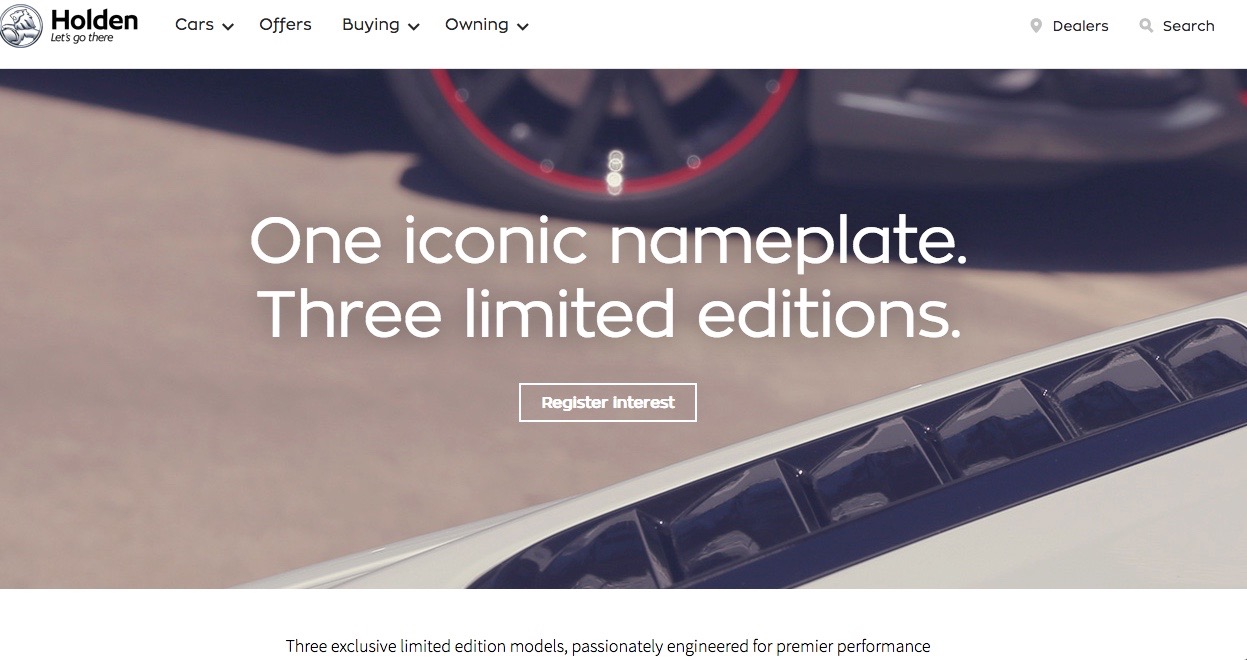 Following confirmation from Holden earlier this year regarding the launch of Commodore limited editions, GM’s local arm has now provided some more insight with a special web page. 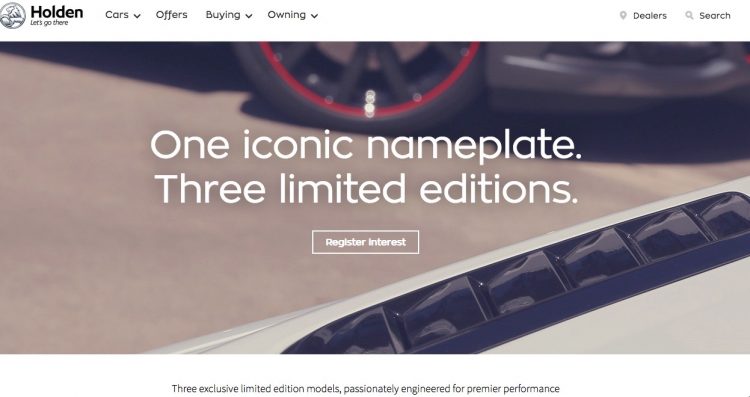 The web page (click here) confirms three different special editions are going to be on offer. These are thought to be some of many that will eventually help close off local production of the Commodore.

Holden is playing the guessing game in regards the exact details of the limited editions. However, the web page offers users an option to select which “special edition model” they would like to hear more about.

The options are the SS V Redline sedan, Redline Ute, and the Calais V. Given all but one are exclusively available with a 6.2-litre V8, we’re guessing the Calais V is also the V8 option. 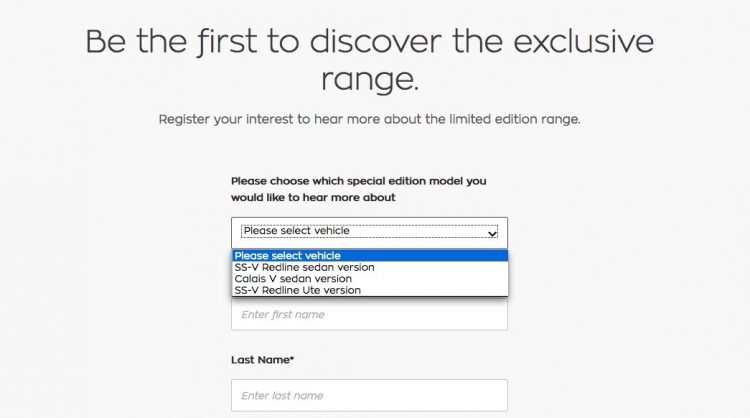 Holden says the cars will be presented with “one iconic nameplate”, however, this first had us guessing about a legendary badge, such as ‘Director’, which GM was recently found to have registered a trademark for. But upon further thought the nameplate could simply refer to ‘Commodore’.

This sounds pretty ambitious, but again, the SS V Redline could already be regarded as a vehicle that’s been “passionately engineered for premiere performance” in standard form.

PerformanceDrive spoke with Holden’s director of communications, Sean Poppitt, earlier in the year and although he refrained from going into detail, it was suggested limited editions would be more about cosmetic tweaks (red-trimmed wheels, as pictured at top?) and unique customisation options as opposed to juicy performance tuning. Of course, this may have all been a decoy to make us think otherwise. Poppitt said:

“We have a few tricks up our sleeve, a few exciting options on the table. I’m not in a position to talk specifics as you can understand.”

Another possible nameplate or badge is ‘Bathurst’. A trademark application for the name was registered by GM in June last year, with acceptance due on December 26 this year. Meanwhile, the Director trademark has already been “accepted”, back in January. We’re not entirely sure what this means but these names seem pretty fitting.

Production of the VF Commodore is set to end around the middle of next year, ready for the all-new overseas-built NG Commodore to come in. We’re sure Holden will be willing to slap all kinds of special sticker packs and make up unique editions, if it has to, to ensure it sells off any remaining stock.

We’ve registered our interest on the aforementioned page so we’ll be sure to keep you updated as soon as more info is revealed.