Volkswagen has given us all a preview of a new SUV that it is apparently planning which will sit underneath the Tiguan, in terms of size and price. Called the Volkswagen Taigun concept, the sporty SUV has just been unveiled at the 2012 Sao Paulo Motor Show in Brazil. 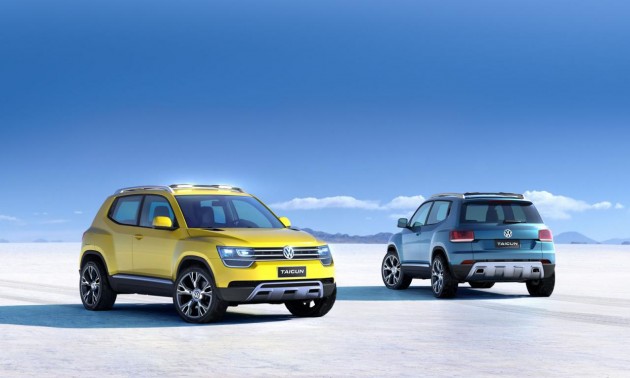 Looking a little like a Tiguan that’s been going to the gym for a few months, the Taigun features heavily swollen wheel arches front and rear. These encapsulate a set of sporty 17-inch alloy wheels, which actually look a lot larger, giving you an indication of the Taigun’s petite nature. 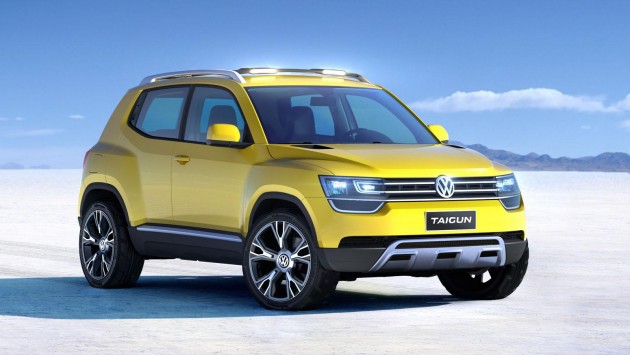 Power comes from a 1.0-litre TSI turbocharged three-cylinder engine producing 81kW of power and 175Nm of torque. It might not sound like much, but again, that small and lightweight size comes into play, allowing the SUV to run from 0-100km/h in a reasonable 9.2 seconds. Fuel economy has been rated at just 4.5L/100km for the combined cycle.

Inside, the interior is dressed in a colourful arrangement of trimmings. There’s a white dash that matches parts of the centre console, while the seats are blue with white trimmings. It’s all very active, young, and sporty. And in the back, there’s 280 litres of boot space on offer, which is around the same as a Toyota Corolla hatch. 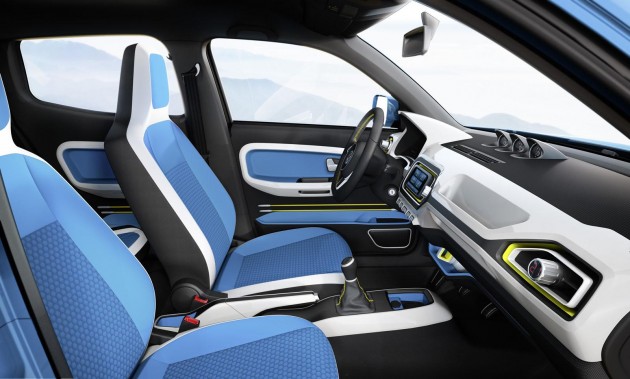 As for production, Volkswagen is reportedly planning a new SUV to sit beneath the current Tiguan. This concept is believed to provide some insight into that new model, while also showing off an extension of the company’s latest design language.