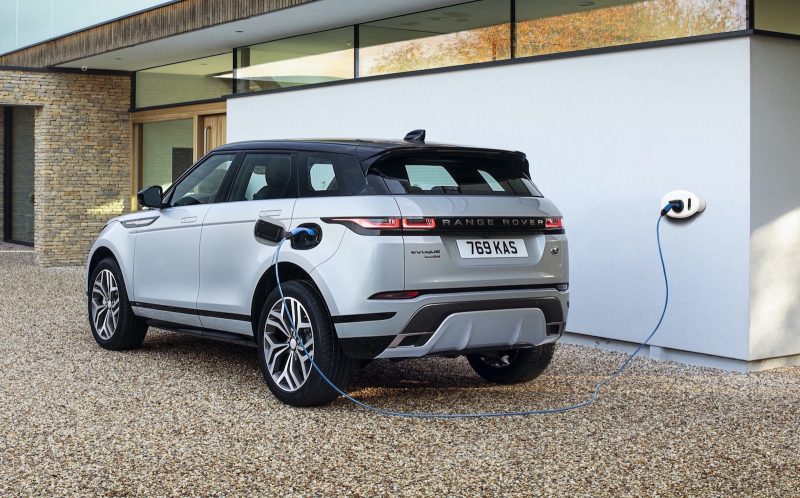 Land Rover’s Discovery Sport and Range Rover Evoque will soon be available with a brand new plug-in hybrid electric (PHEV) powertrain option. Adopting the name P300e, the models will offer an electric range of up to 66km. 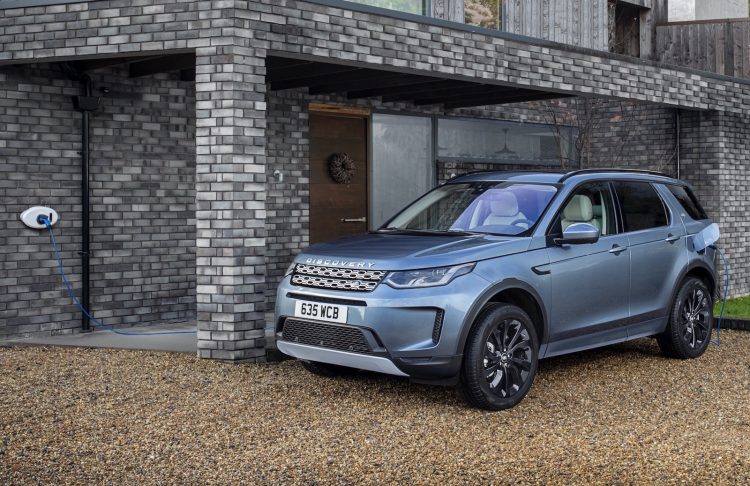 The new powertrain consists of a 1.5-litre turbo-petrol three-cylinder Ingenium engine that’s matched to an 80kW electric motor which is integrated into the rear axle. The electric motor is fed from a 15kWh lithium-ion battery which is stored under the rear seat.

Combined, the system produces an impressive 227kW and 540Nm. This makes it the most powerful and torquiest engine option for these models, even surpassing the current Evoque P300 and Discovery Sport Si4 which come with a 221kW 2.0-litre turbo. As you’d expect, acceleration is brisk, with 0-100km/h coming up in a claimed 6.4 seconds in the Evoque P300e and 6.6 seconds in the Discovery Sport P300e.

Despite the exciting performance the P300e is also impressively economical. Across the combined WLTP consumption test the Evoque is rated at just 1.4L/100km, while the Discovery Sport is stamped at 1.6L/100km. Combined emissions are also very low, at 32g/km and 36g/km, respectively. 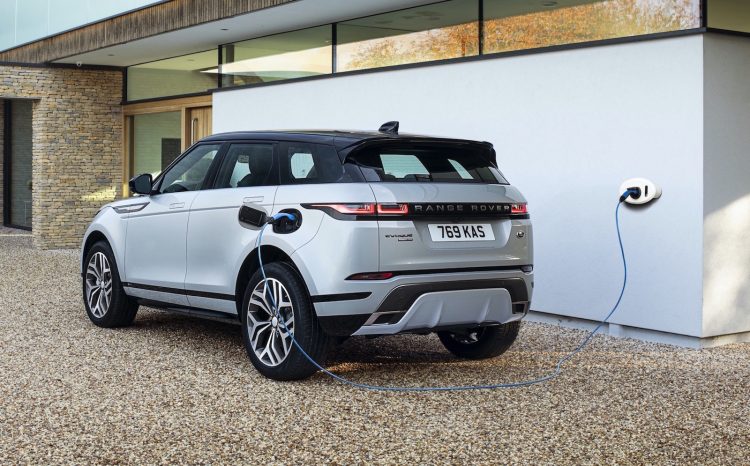 As a bonus, if you really want to conserve fuel the models can run on electric power alone for a range of 66km and 62km, respectively. And being plug-in hybrids users will be able to charge them via a wall plug. This means, theoretically, you could commute every day and not have to use any petrol at all (if you live within 62km, obviously).

Using a rapid DC charger at 32kW the battery can be replenished from 0 per cent to 80 per cent in just 30 minutes. A 7kW domestic AC wallbox can also do the 0-80 per cent sprint in 1 hour 24 minutes. Or, using a home plug the system can be fully charged in around 6 hours and 42 minutes.

Driving along, the driver can toggle between three main modes; Hybrid, EV, and SAVE. In Hybrid mode the system automatically combines the use of the petrol engine and the electric motor as needed. In the EV mode the vehicle operates as an electric vehicle, while the SAVE mode tries to rely on the petrol engine as much as possible to retain the current charge state. In any configuration, the electric motor is decoupled at speeds above 135km/h to reduce drag.

All of this is hooked up to a new eight-speed automatic transmission. Land Rover says the smooth unit is 5kg lighter than the previous nine-speed auto, while offering enhanced refinement and shift feel compared with the nine-speed.

Land Rover Australia confirms the new P300e options will launch locally during the second quarter of 2021. Prices will be announced closer to launch.