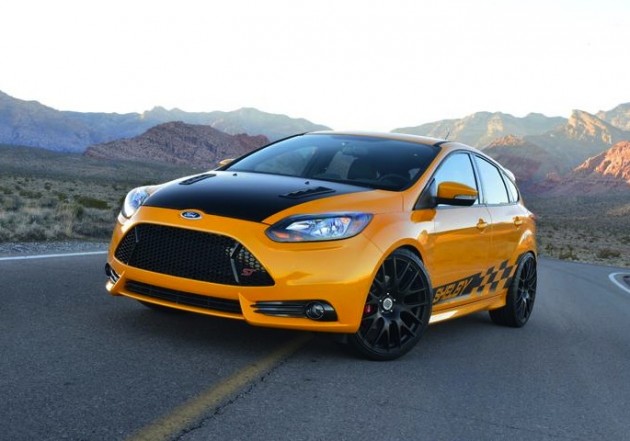 Unfortunately, there’s no speak of a highly boosted powerhouse under the bonnet. Shelby has gone for a more overall upgrade character, concentrating equally on handling and style. The company has fit a Borla exhaust system though which is likely to add some power and provide a deep rally-car soundtrack.

In its standard form the Focus ST comes with a 2.0-litre EcoBoost turbo four-cylinder producing 184kW of power and up to 360Nm of torque. As you can see in our recent review video, the engine propels the hatch from 0-100km/h in just 5.7 seconds. 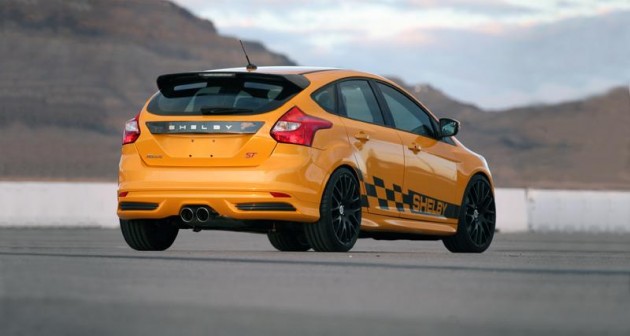 Like the standard ST, the Shelby Focus ST isn’t all about power, it’s also highly regarded for its fun and capable driving character. Shelby has extended upon this and developed a lowered suspension kit to improve the ST’s already-great handling, while a wider tyre and wheel package adds further grip.

Other upgrades include a bigger brake package, an aerodynamics kit with a new rear spoiler and a hydro-carbon front grille, as well as a set of racing stripes down the sides to give the Focus further attitude and aggressiveness.

The interior is given a sporty Shelby gear lever and a CSM badge.