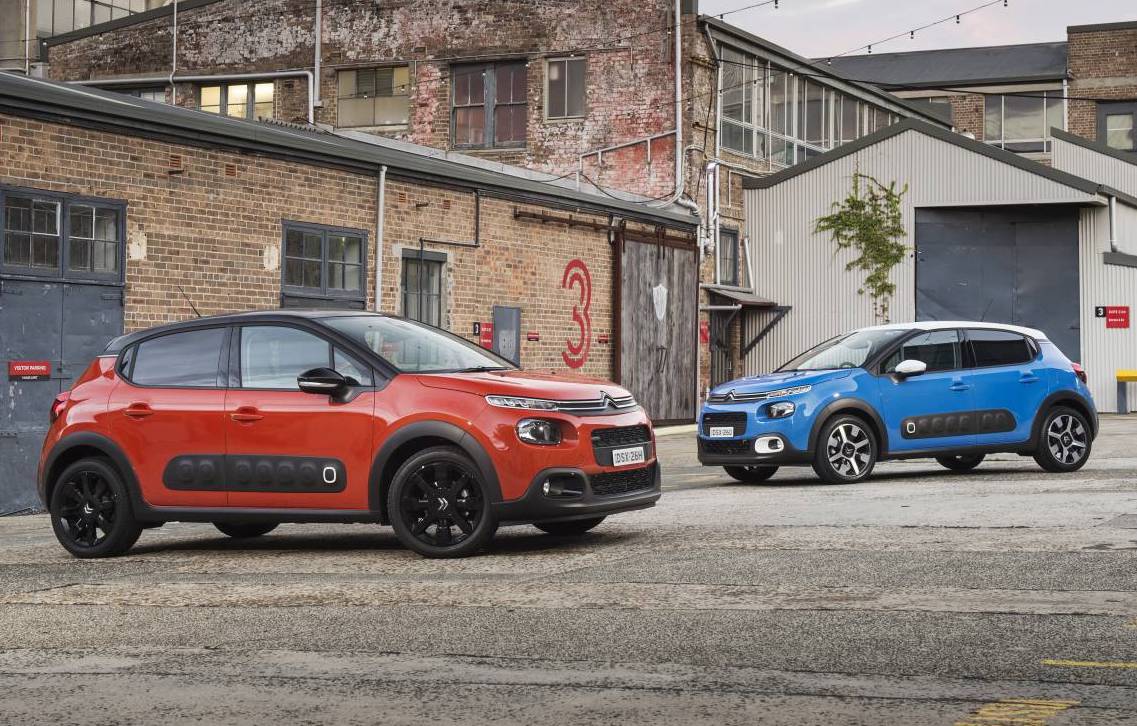 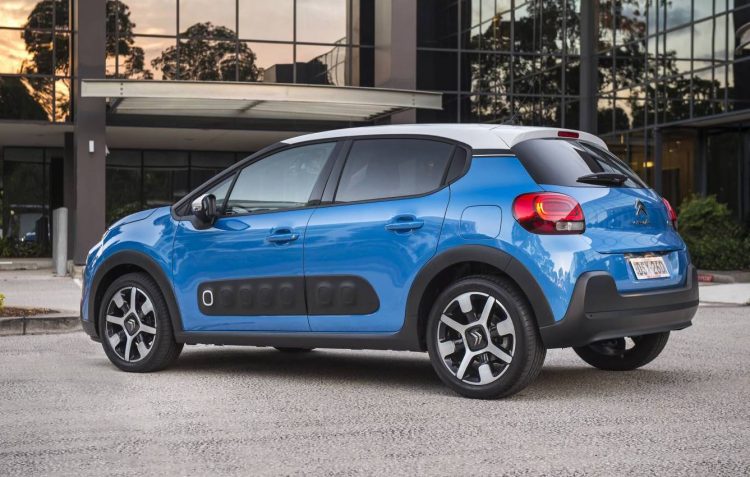 As usual with Citroen, the interior is all about comfort. You’ve got big wide front seats, like in the loveable C4 Cactus, along with a simplistic yet innovative dash incorporating a touch-screen in the dead centre. There’s door strap pulls for the door handles, Airbump-style patterns on the door trims, and a quirky three-spoke steering wheel for the driver. It’s definitely one of the most interesting interiors of the class. 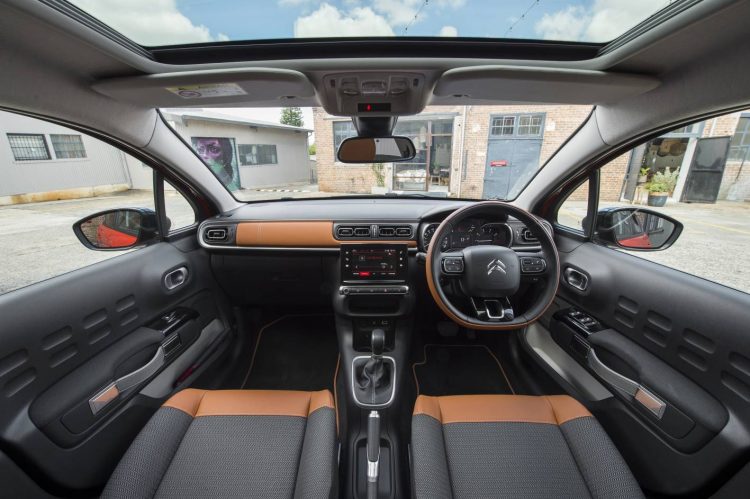 Just one variant is being launched in Australia, called the C3 Shine. It comes with a 1.2-litre turbo-petrol three-cylinder engine producing 81kW and 205Nm. This is hooked up to a six-speed automatic as standard. Citroen lists a 0-100km/h time of 10.9 seconds and a quarter mile of 17.7 seconds. Fuel consumption on the combined cycle test is rated at just 4.9L/100km.

Some of the standard features include a 7.0-inch touch-screen media interface with Apple CarPlay and Android Auto connectivity, a rear-view camera, 17-inch alloy wheels, auto headlights and wipers, and tyre pressure monitoring. Boot space is rated at 300L under the VDA test, expandable to 922L with the rear seats folded. Speaking about its arrival, Citroen Australia MD Anouk Poelmann said:

“Now more than ever, consumers are looking at how they can stand out from the crowd and how their purchase reflects their individuality and personality. The all-new C3 is just the vehicle for them. The all-new C3 is not just characterful and fun, it also features useful technology and segment-first safety features that motorists will use and appreciate daily.”

The new model is on sale now priced from $23,490 (excluding on-roads), or from $26,990 drive-away until March 31. It’s covered by a five-year/unlimited kilometre warranty.