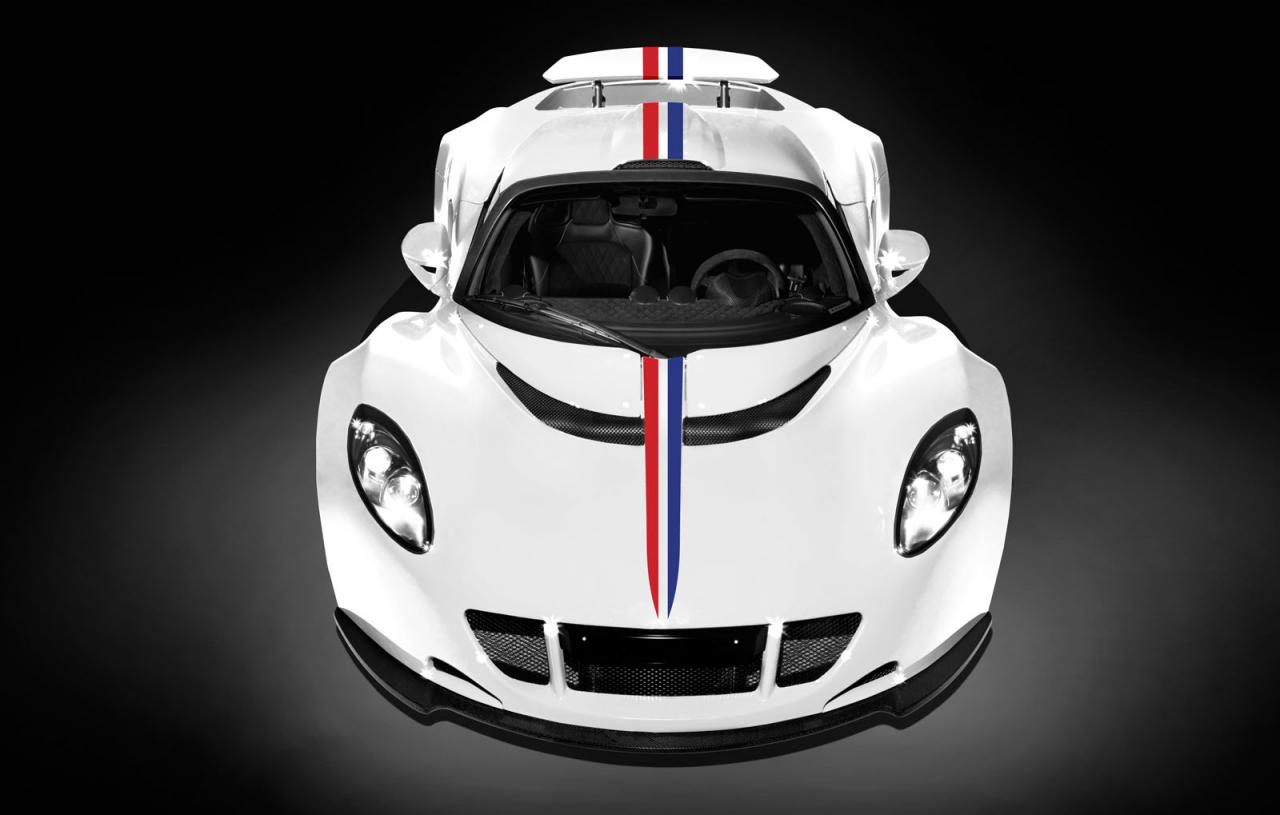 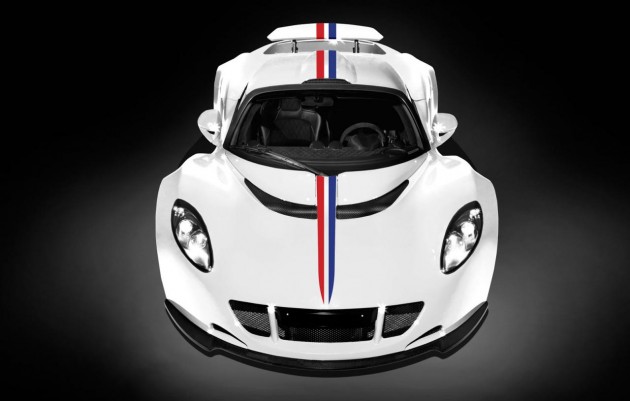 Even though it is not officially noted as the world’s fastest car by Guinness, there’s no doubt it certainly has the potential to overtake the mighty Bugatti Veyron Super Sport and its official 431km/h top speed.

Hennessey recently took a version of its latest Venom GT to the Kennedy Space centre and recorded the whopping top speed. However, in order for it to be taken as an official speed it had to be done in both directions with the average being the main figure.

The Lotus Exige-based hypercar is powered by a 7.0-litre twin-turbo V8 producing around 928kW and 1564Nm. With an overall weight of just 1244kg, the power-to-weight ratio is immense.

Hennessey is offering just three of the special edition models, and unfortunately all of them have since been sold. They feature unique red, white and blue stripes that run over the length of the car. John Hennessey, company founder, spoke about the edition in a statement, saying,

“The Venom GT is America’s supercar and it broke 270 mph on the same runway where the Space Shuttle landed at the Kennedy Space Center.

“We wanted to offer a special paint scheme that would incorporate the colors of the American flag—the same flag we flew on the Space Shuttle runway.”

Prices started at US$1.25 million.